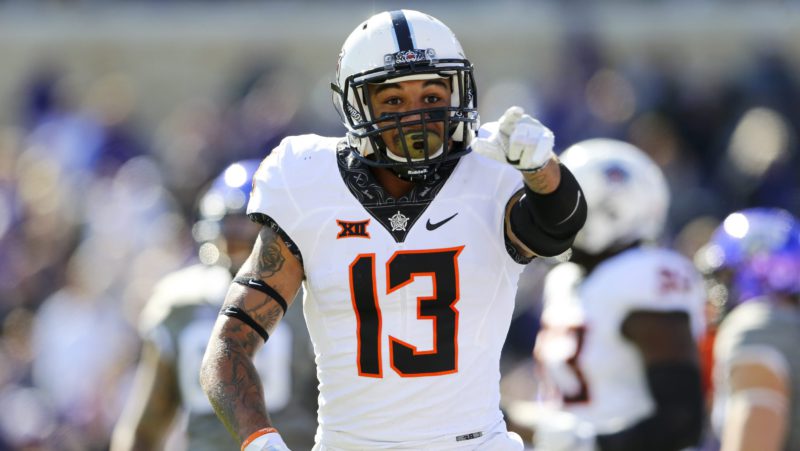 It looks like Chris Carson will not be the only Cowboy with a chance to impress in Indianapolis later this month. Per Robert Allen of GoPokes, defensive tackle Vincent Taylor, tight end/”cowboy back” Blake Jarwin and safety Jordan Sterns have received invites to the NFL Scouting Combine.

Vincent Taylor announced his intention to forgo his senior season to declare for the draft following OSU’s win in the Alamo Bowl. The game-changing All-Big 12 tackle led the team in sacks (7) and tackles for loss (13). According to NFL.com, Taylor holds a 5.35 draft grade (the highest grade is Myles Garrett at 7.6) and is their 17th-ranked defensive tackle.

Blake Jarwin is an intriguing tight end prospect who could find himself a spot on an NFL roster. The tight end has seen a resurgence in the NFL with the likes of Rob Gronkowski and Travis Kelce putting up gaudy numbers. Jarwin has a 5.36 draft grade according to NFL.com and is their 14th-ranked tight end.

Jordan Sterns left OSU as the leading career tackler in the Mike Gundy era. He posted three 100-plus tackle seasons but will be missed as much for his leadership as his production. Sterns is a little undersized for an NFL safety which may lead into his 5.02 draft grade and No. 17 ranking among safety prospects. Like the others, he will have a chance to improve his stock with a good showing at the Combine.