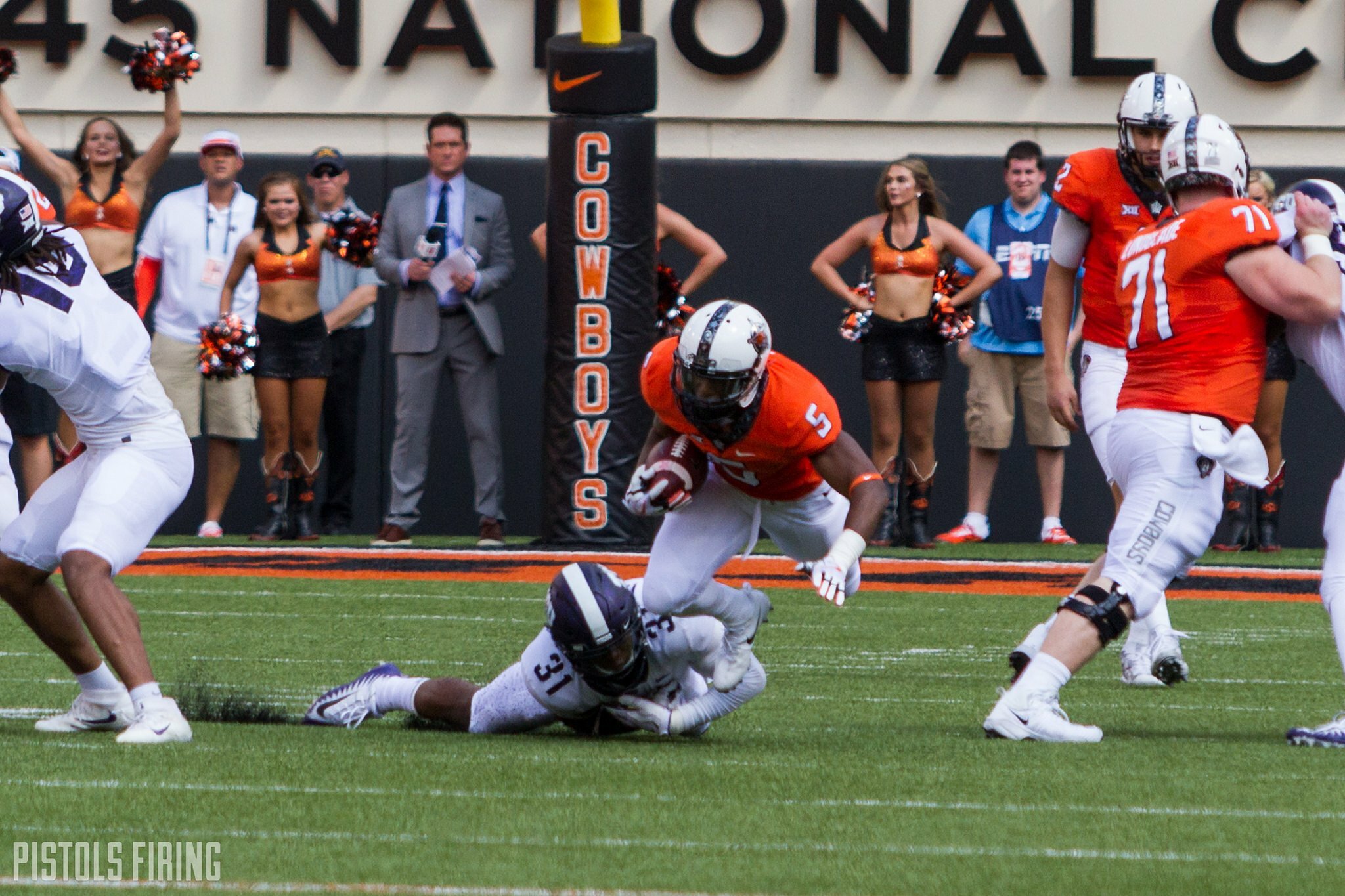 Earlier this week, I previewed the two key players for the TCU offense (although, it now looks as though one of those two guys, running back Darius Anderson, will most likely miss Saturday’s matchup with Oklahoma State). So, now it’s time to cover the two players to watch on the Horned Frog defense. The Frogs have had a pretty disappointing season plagued with injuries. However their defense, as it normally is under Gary Patterson, has been solid.

The Louisiana-Monroe transfer was named Big 12 Newcomer of the Year a season ago and was projected by the media to be the Big 12 Defensive Player of the Year this season. Banogu is tied for 16th in the nation in tackles for loss this year with 16.0 and is tied for 26th in sacks with 7.5. He also has forced two fumbles and recovered two fumbles and took one of these recoveries in for a score, shown below.

The redshirt senior defensive end had one of, if not his best games of the 2018 season last week against Baylor. He recorded 10 total tackles, which included 4 tackles for loss and 1 sack, and had 1 forced fumble. Banogu was an absolute nightmare for the Bears’ offense using his speed to slow down mobile Baylor quarterback Charlie Brewer.

In addition, he had a solid game against the Pokes last season in Stillwater, going for 2 tackles for loss and 1 sack. Banogu will be a tough assignment for the Cowboy offensive line this weekend.

Due to the injuries the Frogs have experienced at safety, Issahaku has had to play all of Gary Patterson’s safety positions at some point this season. He’s very versatile and a solid all around defender who is third on the team in total tackles with 62. The redshirt senior has also recorded 2 sacks, 2 tackles for loss, 2 interceptions (one shown in the clip below) and has 1 pass defended.

Along with Banogu, Issahaku also had one of his best performances of the year against Baylor last weekend. He had 7 total tackles, including 1 tackle for loss and a big sack in the fourth quarter which forced the Bears to punt it away.

The TCU safety had 4 total tackles against OSU a season ago, but I know he will be looking to make an even bigger impact this Saturday in Ft. Worth.