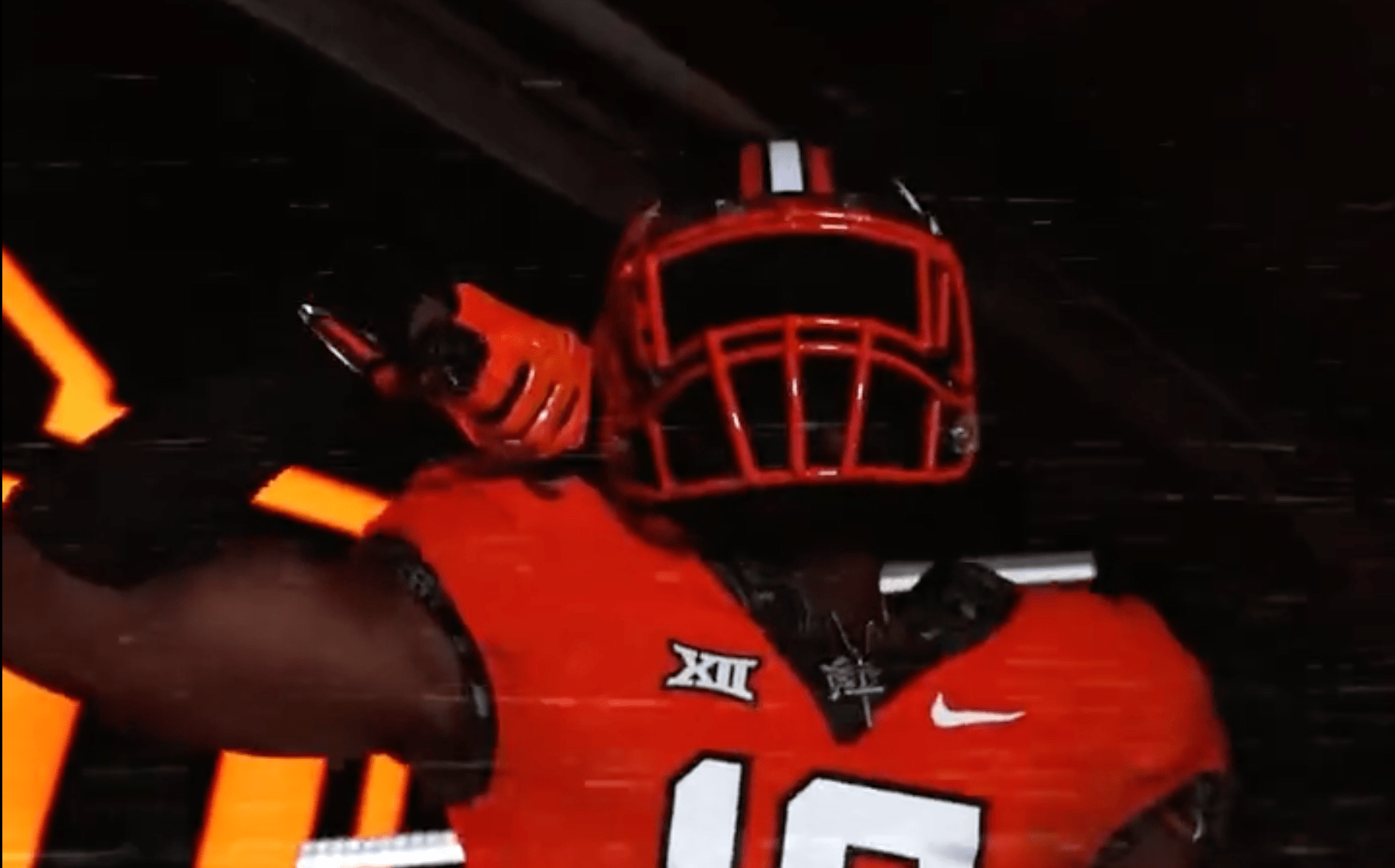 Photo via Billy Walton/Twitter from his OSU visit this spring.

Walton, a three-star talent from Texas regarded as one of the most enticing young edge rushing talents in the 2023 class, made a surprise visit to Austin, Texas and the Longhorns’ program this weekend, setting up serious questions about the viability of his current Cowboys commitment.

Walton announced the visit last week — an official visit — and was pretty quiet about it as Texas rolled out the red carpet on his Friday through Sunday excursion on the Forty Acres. But he sent a rather ominous tweet Sunday evening that … doesn’t seem to portend particularly well for his pledge to OSU!

More than that, Walton on Sunday picked up two Crystal Ball predictions over at 247Sports predicting he’d flip to Texas — one from Texas Insider’s Mike Roach and another from GoPokes’ Cody Nagel.

Walton committed to OSU in April over Texas on the heels of an official visit to Stillwater — his second visit to campus, which seems to have solidified OSU’s standing after an offer in February — but Texas has clearly taken a lead here. The Longhorns are making major moves on the recruiting trail not just with Walton but with a ton of other prospects in general after stunningly landing Arch Manning’s commitment last week, with six new recruits hopping on the Texas commitment list in the last week alone.

OSU has a solid 10-man class in 2023 as things stand now, but losing Walton — the fourth-highest ranked commitment in the class (and likely a future four-star when rankings refreshes again) — hurts not just in losing a commitment but in losing him to Texas. He is the only edge rusher currently committed in the class, though the Pokes have several defensive line recruits in the fold and several prospects still in their sights for the cycle.