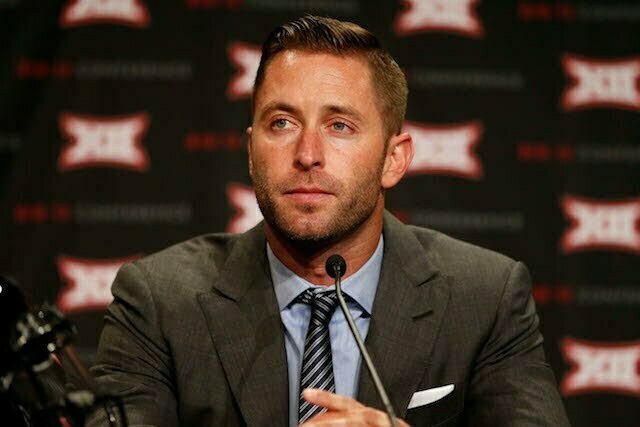 Texas Tech has reportedly wasted no time deciding on whether to bring back — or fire — embattled coach Kliff Kingsbury.

According to a report from KENS 5 news in San Antonio, they’ve chosen the latter and decided to move on from the former Red Raiders QB.

Sources tell KENS 5 that Kliff Kingsbury is OUT as head coach of the Red Raiders. Texas Tech finished the season on a five-game losing skid. https://t.co/pQBOA5EzJN

Kingsbury beat OSU only once during his tenure at Tech, which came earlier this season.

Kingsbury’s teams typically started hot and faltered late — and that was especially the case this season. The Red Raiders lost their final five games of 2018, due in large part to QB injuries, after starting 5-2. They lost to Baylor on Saturday to close their season 5-7.

Kingsbury went 35-40 during his head coaching tenure at Tech. With his firing, he’ll now become (if he chooses) one of the most highly sought offensive coordinators this offseason. He could also be a Group of Five head coach candidate if he chose.