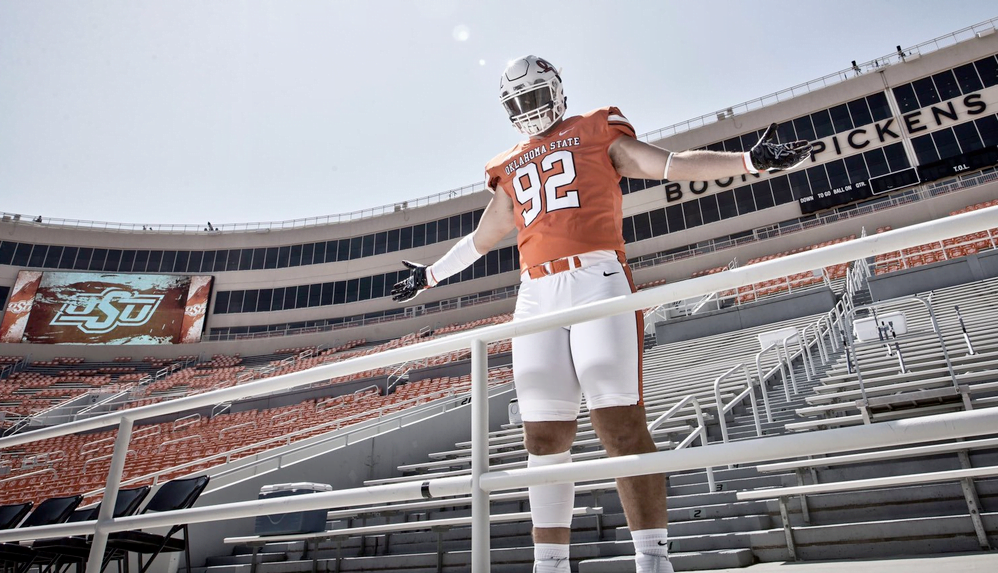 Example No. 3,563,729 why Oklahoma State is regarded as one of the best scouting schools in the world of football has arrived.

On October 15, 2019, Longview, Texas defensive tackle Sawyer Goram-Welch committed to Oklahoma State with little fanfare. He picked the Cowboys over SMU, FIU, Air Force and a handful of other programs. He’s a three-star recruit who slotted right in the middle of OSU’s 2020 class.

This week, that same overlooked recruit picked up national attention as Texas — which has finished in the top-2 of the recruiting rankings in the Big 12 since the beginning of time — extended Goram-Welch an official scholarship offer. He announced the news himself with a Horns Up at the end of his tweet.

Honored to receive an offer from the University of Texas??#Hookem pic.twitter.com/Hp6Jv0a2Ax

It will be interesting to see if Goram-Welch takes to Texas’ late interest, especially considering how differently OSU and Texas’ coaching staffs have treated him. OSU hosted him in for a visit, offered him shortly after, then accepted his commitment a month later. Texas, meanwhile, slow-played him — and is now playing catch-up ahead of this month’s early signing period.

I would also expect to see some new targets identified and offered during the contact period at the position. One prospect to keep an eye on is Longview defensive lineman Sawyer Goram-Welch. The Oklahoma State commit drew the eye of the Texas staff last year, but they chose to target higher-rated prospects. If Texas offers, I expect Goram-Welch to at least make a visit. Texas could also take some time to re-evaluate for scheme fit once the new defensive coordinator is hired. [247Sports]

In the wake of the new offer, 247Sports also reports the Longhorns staff will stop in to see him and that Goram-Welch “will be very open to listening.” “Open to listening” and “willing to flip a commitment” are two very different things, but OSU may be on alert leading into the final stages of the 2020 cycle as one of its most underrated talents — and one of only two DT commits in the class — is in danger of leaving OSU in a difficult spot before the class finalizes.