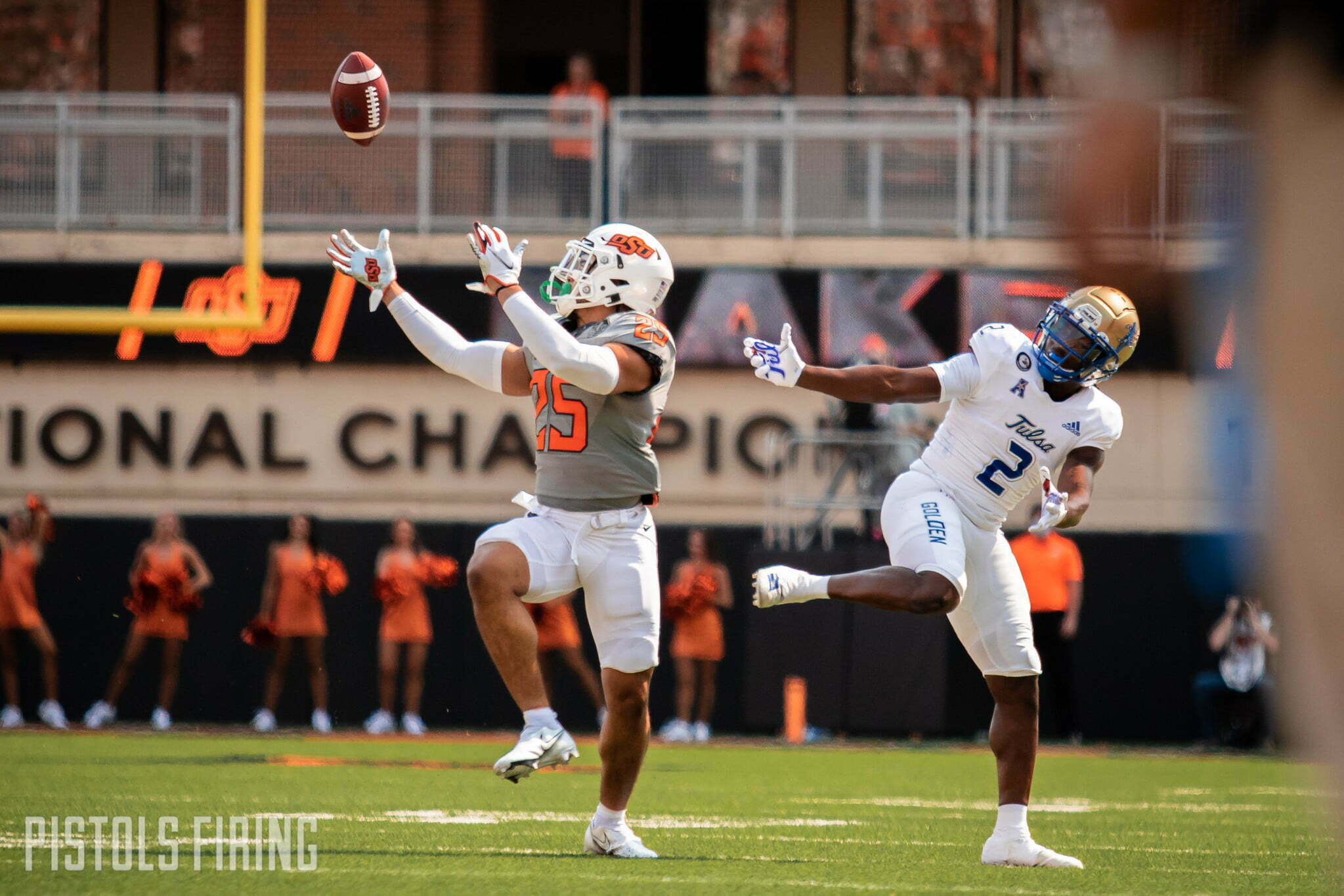 Another week, another ugly win.

The Cowboys may have escaped Week 2 unscathed in the win-loss column, but the OSU fanbase’s psyche has picked up a few scars so far this fall. The offense, historically reliable to at least put up points sporadically, has been discouragingly ineffective against lesser competition. The defense, instead, has been the stabilizing force through two weeks, and on Saturday the Cowboys got a big boost from special teams.

Let’s debrief with the best and the worst from the Cowboys’ nail-biter over Tulsa.

This one was a no-brainer. Warren was the Cowboys’ leading rush but only mustered 37 yards on 14 carriers. But it’s plays like this that still give hope that the Cowboys can, in fact, run the ball if given the opportunity.

Mike Gundy said that coaches would be revisiting the Cowboys’ schemes this week. Let’s hope they can crack the code and get their playmakers like Warren some holes to run through.

I will, with a decent amount of confidence, say that the better team won on Saturday. But if you’re Philp Montgomery, I think you’ve got to be scrounging around your office for that rabbit’s foot.

A number of plays went OSU’s way after review including Bryson Green’s TD in the end zone and this next play. Both were correctly ruled on, but this one had to really hurt.

With Spencer Sanders scurrying toward pay dirt, a TU defender made the veteran QB pay for toting the precious rock in his right arm, right where any defender could punch it out. If the football gods looked more favorably on the Golden Hurricane, they would have killed the would-be TD drive and recovered the ball down four with nearly six minutes remaining. Football is a game of inches.

Philip Montgomery and Tulsa fans make take umbrage but Kanion Williams earned plenty of post-game praise from the likes of LD Brown and Mike Gundy for his clearing the way for what would be the biggest play of the game.

Williams’ depositing of the would-be tackler into the turf recalled memories of Jordan Sterns on Tyreek Hill’s Bedlam punt return in 2014.

Worst Feeling: Celebrating a Pick-6 (and then having it taken away)

There aren’t many better feelings for a DB than reading a quarterback’s intentions and then making him pay with points. That was the juice that Jason Taylor II was running on after would should have been his first career interception.

Unfortunately, the play was called back because of a holding penalty (shades of Desmond Roland’s would-be Bedlam TD in 2013). I mean he had a hold of some fabric but that didn’t seem to be the reason the receiver went down. This was a wacky game for the officials, to put it nicely.

The Cowboys have had plenty of contributions from newcomers so far in 2021, but fans at BPS got their first look at junior college defensive end Nathan Latu on Saturday when blazed past his blocker and swallowed up Tulsa QB David Brin in the first quarter. It was his first tackle in a Cowboy uniform and it was a big one.

I won’t beat up on Oklahoma State’s offensive line too much, Tulsa and Missouri State beat me to it. Amirite?

But seriously, this should never happen.

To be fair, the Cowboys’ O-line has been dealing with personnel issues and an ensuing game of musical chairs through two weeks of the season, a problem most hoped would be behind them this year. There’s still time to figure things out but the competition isn’t going to get any easier with a trip to Boise next Saturday and then a Big 12 opener against Kansas State a week later.