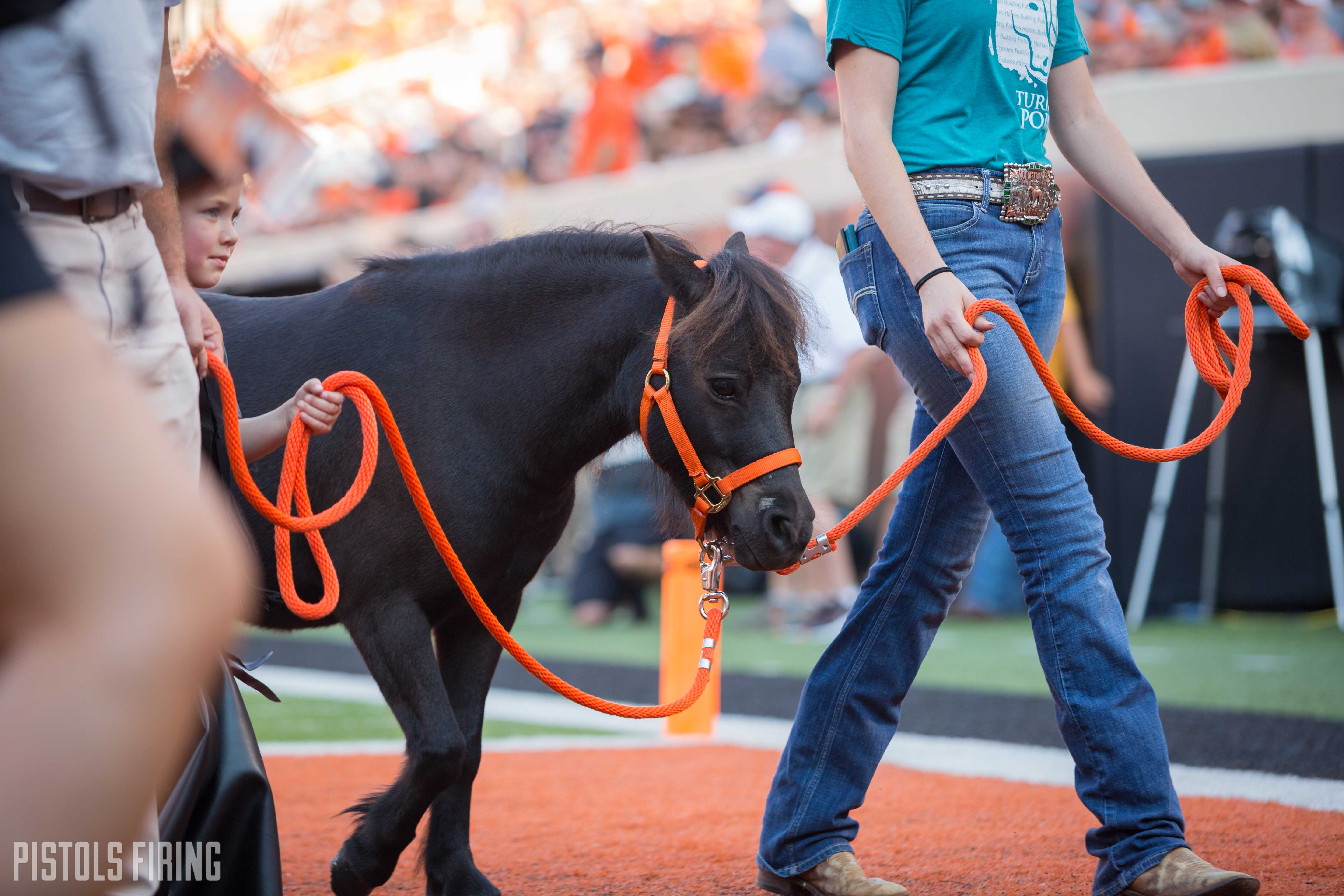 The Cowboys took care of the other Cowboys on Saturday and move on to a matchup with Tulsa. But before we start prepping for Week 3, let’s remember some of the best moments from Saturday night as they came across my timeline.

No BB sighting after the first touchdown. Disappointed is an understatement. #okstate

This was a solid idea, though.

No, that would be awesome. But I'm told it's not happening or really possible.

BB has about a 90-minute window of availability for each game. And I believe that's for him to maintain his perfect self. https://t.co/5iGsduyAWe

Mike Gundy rocking the shades and the perm as the sun sets in a non-conference September home game. A tradition unlike any other. pic.twitter.com/0RNa2EF4UX

Did not expect a Marcus Dove shout out from Dru Brown! pic.twitter.com/7ds3HbDIIo

Don’t look now, but C.J. Moore is OSU’s second-leading receiver through two games (on just three catches!) and is averaging a touchdown per game.

CJ Moore doing his best Tylan Wallace impersonation, takes a five-yard out route and speeding his way 59 yards to the endzone. OSU leads 42-7.

Maybe the most underrated offseason move by Gundy was securing Kasey Dunn while hiring an outside OC.

It was a big weekend for OSU hoops recruiting.

If you thought @Big12Refs were bad, this Pac-12 ref just shelled out a "just kidding" on a live mic! pic.twitter.com/YBSmutGtFf

ESPN app: Hey, welcome back!
Me: I was just here 15 seconds ago
ESPN: Cool, you want me to show you animations of the game from 5, maybe 10 minutes ago?
Me: No, I just want to see what’s happening n-
ESPN: And away we go!

BTW, my first ESPN+ experience is going to have to be a solid C+. Feed was pretty bad for me most of the second half.

The DBU shirts played just about as well as Tom Herman busting up the locker room with a sledge hammer.

Let’s check in with the Jayhawks.

The episode of the Les Miles docuseries with this Coastal Carolina loss should be pretty good.