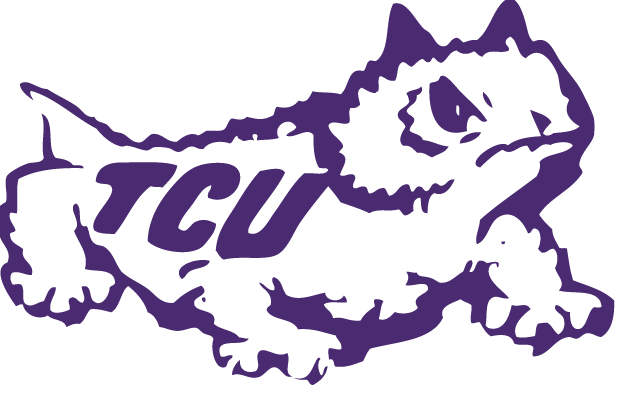 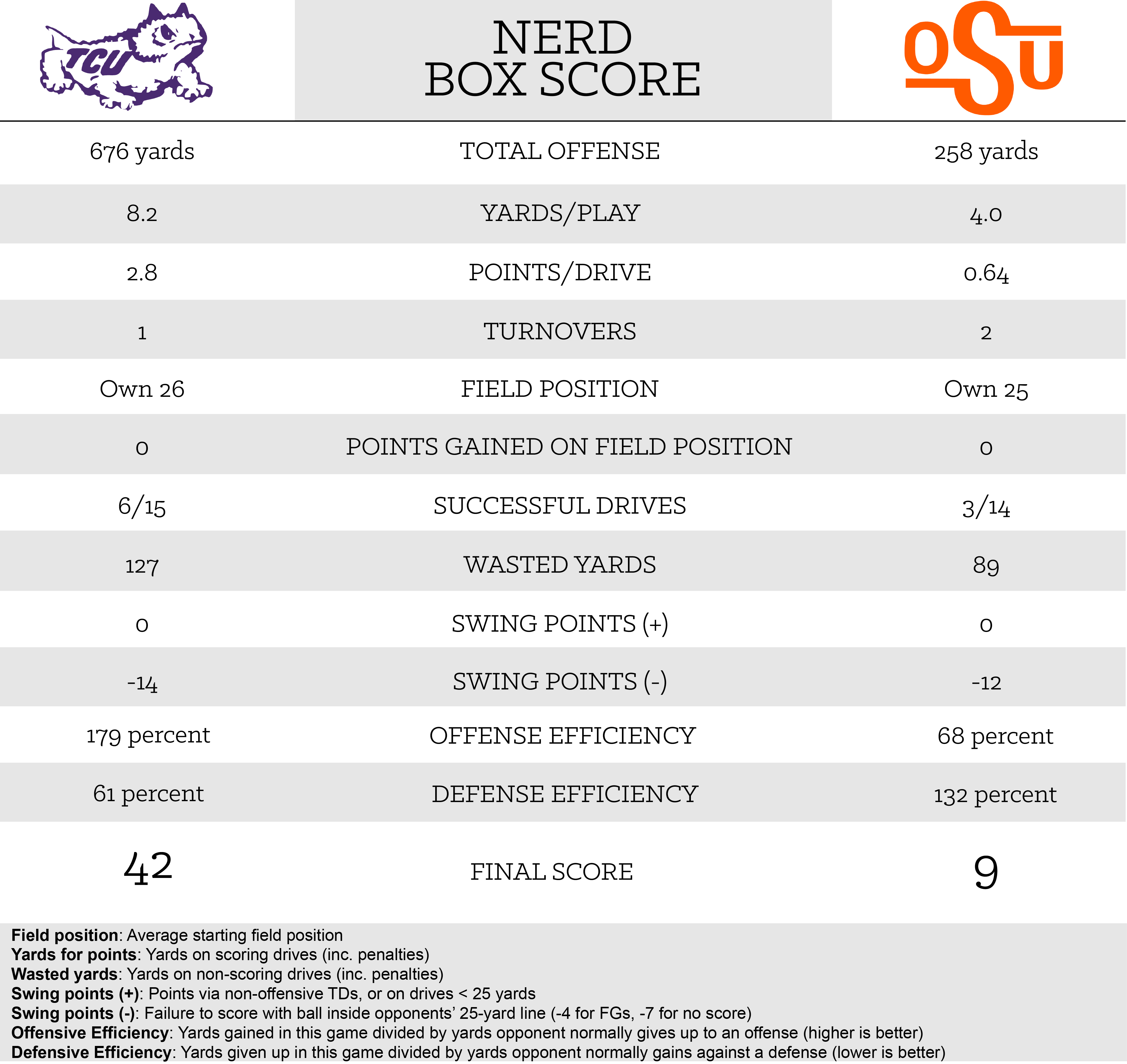 This is the most NSFW nerd box score we’ve seen all year — maybe of the entire Gundy Era (although I bet that 2009 Bedlam one is a gem).

• OSU would have needed 31 drives to keep its 20-point scoring streak alive based on scoring 0.64 points per drive. The Mike Yurcich Era, ladies and gentlemen!

• That “own 25” average starting spot for OSU is as bad as I’ve ever seen since I started doing these.

• The scariest part about all of this is that TCU actually wasted more points than OSU did in the red zone.

• I’m not sure why I didn’t realize this but OSU didn’t make it past its own 48 for the last 32 minutes of the game.

• 179 percent offensive efficiency is this:

You hired someone from Shippensburg instead of me. Sure, I'll go for it on 4th down up 33 in the 4th. pic.twitter.com/HzK1aEnFGL