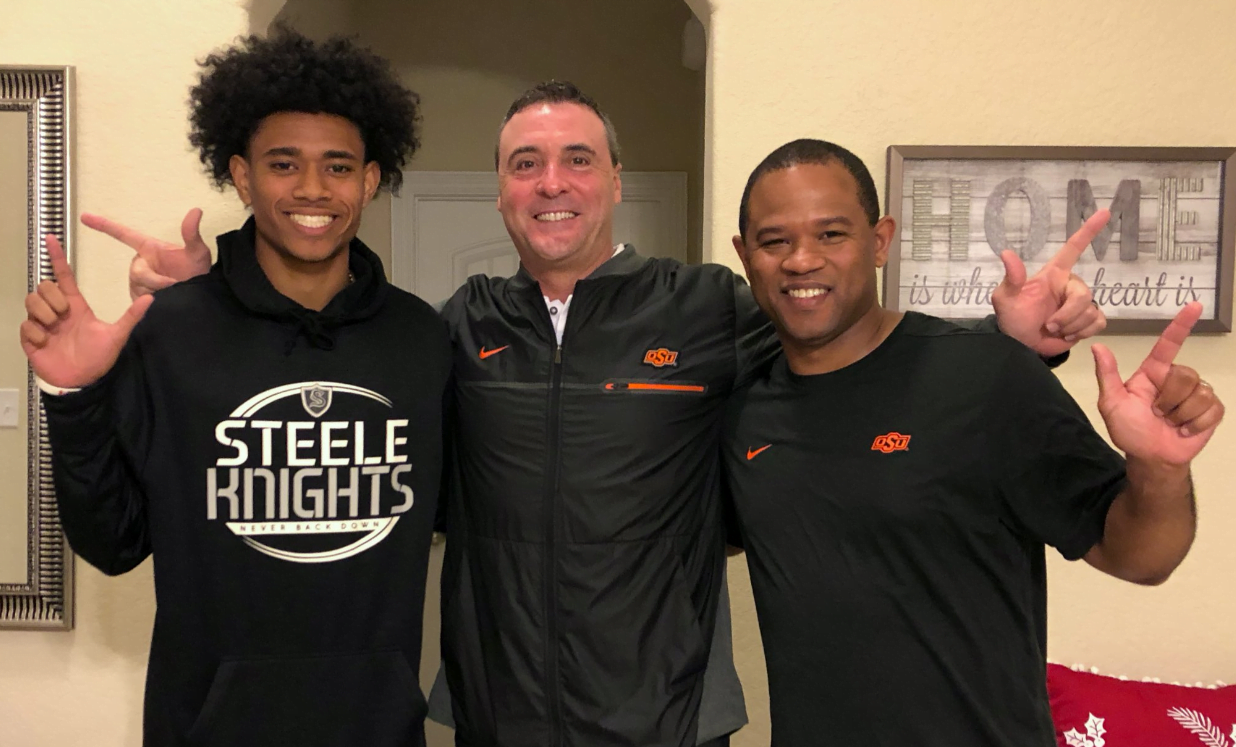 With the recruiting contact period now in full swing beginning Nov. 25 and running all the way until Dec. 16, Oklahoma State’s coaching staff is in close-it-down mode ahead of the upcoming Dec. 19 signing period.

The only in-state commit to receive a visit this week (at least based on social media) is OSU’s highest-rated pledge Grayson Boomer, a four-star tight end from Collinsville. Boomer just recently wrapped up his senior season and said he’s “very excited for the future” after visiting with Cowboy back’s coach Jason McEndoo.

In an article written by 247sports this week, Boomer says he sought out a spot at the next level that offers what he can find in the Cowboy back position at Oklahoma State. That’s good news for OSU, especially considering he had a ton of interest before committing — and would draw plenty of late interest elsewhere if he opted to look for another opportunity late in the process.

Boomer had more than a baker’s dozen of offers from the likes of Michigan, LSU, Nebraska and others when he committed to the Cowboys. If you’re interested in some audio of him discussing his commitment late last year, he joined The Reload podcast to go into more detail about his decision, which you can find here.

I’m not entirely sure why, but OSU’s offensive line calls itself the War Pigs. Maybe I’m missing something, but a quick google search tells me the war pig was used in ancient warfare as military animals, “mostly as a countermeasure against war elephants.”

I don’t think that’s what they’re going for.

In any case, offensive line coach Josh Henson made his trips this week to his future countermeasures to war elephants in Joe Michalski, Taylor Miterko and Preston Wilson. Michalski won his visit with a swaggy shirt/tie combo OSU style.

Great in home visit! Thanks to Coach Henson for stopping by. pic.twitter.com/rmZynuN6fD

Wilson won his visit with a semi-mustache.

Had a great home visit today! Thanks to Coach Henson for coming over!? pic.twitter.com/28LierkT6u

And Miterko won his with a full-on mustachio.

Michalski and Wilson are 6-4, 270+ pound offensive line prospects — Wilson a center, and Michalski a tackle — who are part of OSU’s four-offensive lineman class in 2019. Miterko is a 6-5.5, 270-pound tackle prospect.

Defensive line coach Greg Richmond hit the trail in addition to the rest of the staff this week, and his primary focus was Texas. First, it appears, he visited the home of Cedar Hill standout Xavier Ross.

Great Home visit with Coach Rich ! Thanks for coming by! #CowboyUp19? pic.twitter.com/OedMBZI2dC

Next it looks like Richmond made his way to Allen, Texas, to check on Jayden Jernigan — OSU’s third-highest ranked prospect in the 2019 class.

Last but not least, Dan Hammerschmidt visited Steele standout Xavier Player in his home in Cibolo. Player is a three-star prospect listed as a cornerback, which could mean Player may transition to safety at OSU. (Hammerschmidt coaches safeties in Stillwater.)

Great in-home visit this evening with my future coach @danhammer11 ! Thank you again for the opportunity! #GoPokes ?? pic.twitter.com/29sVtOQfEh

And finally, somewhat unrelated to recruiting, Edmond Santa Fe product Trace Ford, OSU’s second-highest ranked commitment in 2019, shared the following video to his Twitter page. In addition to wreaking havoc off the edge as a pass-rusher this season, Ford also showed out as a WR/TE.

You can see some of his highlights at his HUDL page here.

@CowboyFB commit @traceford12 locked in! Stay ready so you don’t have to get ready! BE GREAT!! pic.twitter.com/m3kO4bDAqZ