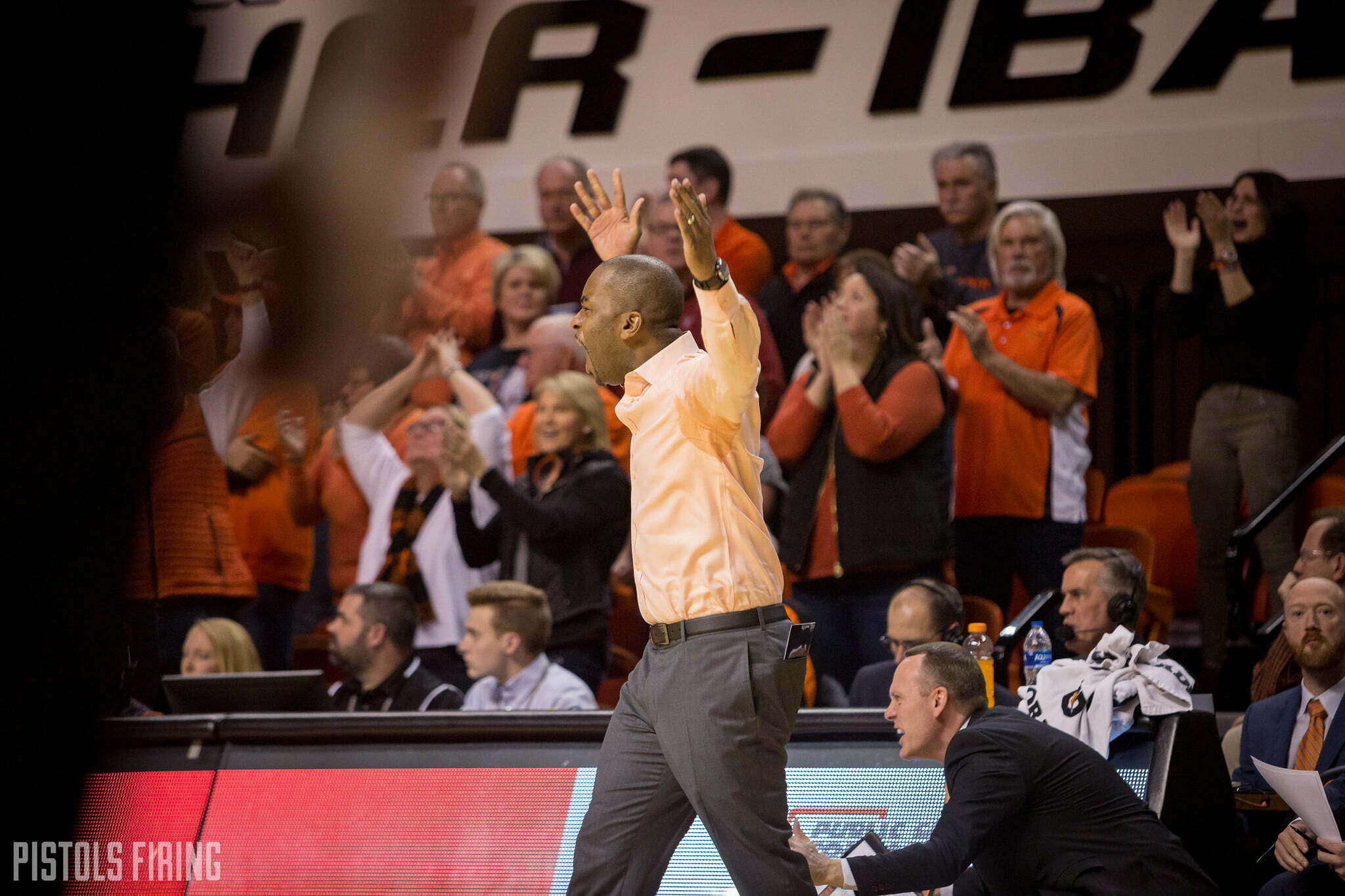 STILLWATER — The Cowboys had their first practice back from West Virginia early Thursday morning.

After that practice, Mike Boynton met with reporters to discuss the upcoming matchup against Oklahoma and where his team is at heading into it.

• On confidence levels heading into Saturday: “I think it’s good. We’ve played probably five consecutive, pretty good games. One half of that five (the second half against West Virginia) wasn’t good. We’ve gotta keep that in perspective, especially considering we’re playing better basketball, getting better. Saturday will be another opportunity to show our improvement.”

• On defending home court: “It’s always important. I think it’s something that we’ve gotta be better at just in general. We’ve lost too many games at home just in general. I don’t know if it goes beyond my tenure here. I don’t know how far it goes back, but we gotta get back to defending this place because it’s a pretty special place, especially when our fans are into it. We’ve had really good crowds considering our struggles. Our fans are doing their part. Now it’s time for our team to show up every night and do their part.”

• On if he looks as this upcoming stretch as big for a postseason birth: “As a coach, yeah, I always keep the big picture in mind. For our team, I don’t want them to think too far ahead because I want them worried about and focused on the things that we can truly control, which is today we had a really good practice.”

• On if playing in the postseason is important for the younger players: “Yeah, but it’s important for all of us. I feel like I always think about our seniors more so than our freshmen. Not that our seniors are more important, this is also their last opportunity. I want them to have as positive an experience leaving here as they possibly can.

“For our young guys, I want them to experience as much as they can early, so that they can, when they’re seniors, have an understanding on what it takes to have success.”

• On what having success against West Virginia’s bigs can do for Yor Anei’s confidence: “It’s interesting, I had a conversation with Yor at the very end of last season, and my message to him was I think he has a chance to be the best big in the league. He’s not there yet, but I want him to think about himself and work that way. It’s just been an inconsistent deal for him, which is not unusual for a sophomore because more people know you and try to take away your strengths.

“Now you gotta make an adjustment. He hasn’t done that yet. But he’s still shown signs that he can certainly be a big-time factor inside for us. And to do it against the two most physical guys (Oscar Tshiebwe and Derek Culver) probably outside of (Udoka Azubuike) was really, really important for his confidence to stay up and give his teammates confidence that we can still play through him.”