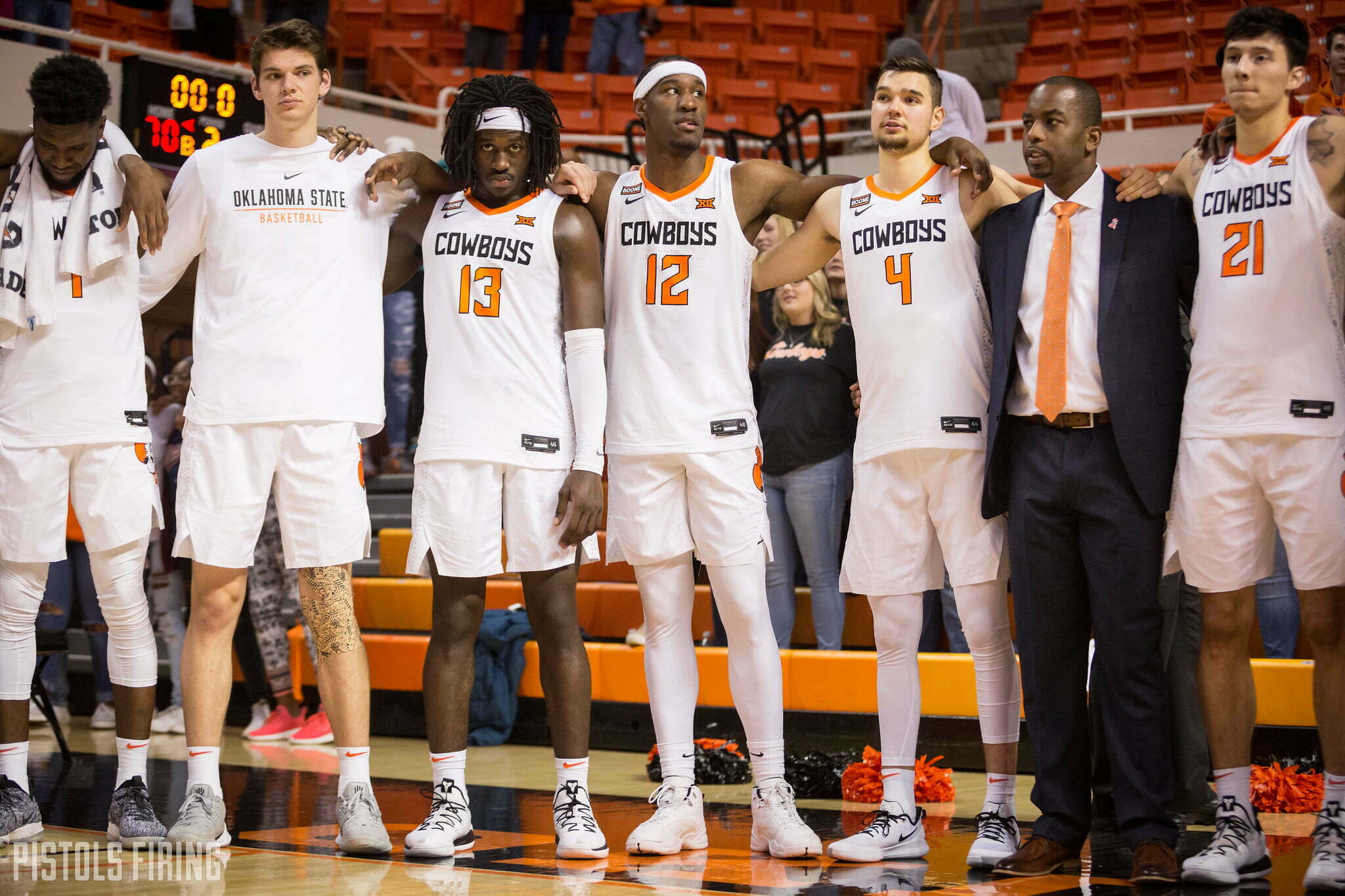 STILLWATER — There are four 0-2 teams in the Big 12 after one week of play, and, sadly for the orange-clad faithful, one is the Cowboys.

Oklahoma State is coming off a loss against West Virginia on Monday and is in preparation for a road matchup against TCU on Saturday. OSU coach Mike Boynton met with reporters after his team’s practice Thursday to preview the trip to Fort Worth. Here’s a breakdown of what he said.

• “We’ve had two days of really good, spirited, positive practice. I think our guys are in a good frame of mind. Do we like that we’re 0-2? Nope. But at the same time we understand it’s a long season. There’s a lot more opportunities out there for us. We’ve played two of the more elite teams in the country. I think both of those teams will be Top 10 to 20 for the rest of the season.”

• Boynton said he looked Thursday morning and that OSU’s strength of schedule was No. 22 nationally, and it isn’t going lower because the Cowboys play good teams from here on out.

• Thomas Dziagwa has practiced the past two days and should be available Saturday after missing the West Virginia game with the flu.

• On trying to not let one guy being out effect so much: “The thing that stands out about Thomas being out the other day is you go 1-for-20 from 3. I don’t know if he makes more, but I think if he gets five or six, maybe he makes two and maybe we shoot 3-for-23.

“It all accentuates each other. I think we’ve got good depth. I think we have good quality. Just the timing of the things that have happened haven’t been ideal. We played Wichita State, who really pressures, Georgetown, who can offset Yor (Anei) without Ice (Isaac Likekele). And now a team who forces you to play from 3-point range because they put those two mammoth guys in the paint and dare you to try to shoot layups, and then we don’t shoot well from 3 (without Dziagwa). Perfect storm in that way, but something we can learn from.”

• On Kalib Boone: Physically, I don’t know if he’ll ever build out like (WVU’s buff bigs), so he’s gotta understand to use his quickness, move around those guys. He’s got pretty good offensive instincts. He’s a pretty good finisher around the basket. But there’s no doubt he’s gotta get stronger. He’s gotta put more weight on. We need to get him up in the 225, 230 range sometime in the next year or so (he is listed at 205). That’ll give him more opportunities to play consistently through the physicality of the game.”

• On Thomas Dziagwa’s value despite his critics: “Everybody’s value is different. Yor’s value is first and foremost as a defensive player. He needs to develop his other skills, but that’s what he need his presence for. I don’t need Dizzy trying to block shots. He’s not athletic. He’s not long. He doesn’t move great. But, when he’s open, over his career he’s shown to be a pretty deadly 3-point shooter.

• On Avery Anderson’s improvement: “Just changing his mindset. In high school he was a 25+-point-a-game guy because he was clearly the best and most efficient option his team had. That’s where most high school kids are when they have his talent. Here that’s not what we need from him. Although he’s capable of it, he doesn’t know how to do it efficiently yet. But early on, he still thought that that was a way to create value for our team. The truth is we need him to be valuable as an on-ball defender, a guy who can create offensive for other guys first, then score as a secondary option and just play with a great competitive spirit like he always does.”

• On the importance of DFW as a recruiting ground: “The state of Oklahoma, year-in and year-out, doesn’t produce an overwhelming amount of talent. We have really good players in this state. But there’s some years where there’s maybe just two guys good enough to help you win in the Big 12. If we’ve got four scholarships, we gotta go somewhere. Over the course of our history, that’s been a really, really important area for our program. We’ve had a lot of success with guys from that area, and we hope to continue to do that. It’s good that we can go down there and play, have these kids play in front of their family members. Most of them, their families drive up here several times a year, so for them to be able to just drive over after work or whatever they’re doing on a Saturday morning and be able to go back home, that’s pretty neat.”

• Boynton’s wife, Jenny, is the team’s dietitian. She had a box of healthy foods at practice for the team to pick through during a break.

“That was all Jenny’s idea. I tell everybody in our program, and as it relates to our program, she’s a lot of things but she is the dietitian. Her job is to make sure our guys fed well and are eating the right things. She has responsibilities to think of what things we can be doing better. She came and said, ‘Hey, I think during practice it may be helpful to be able to give the guys a little bit of a boost halfway through.’ Obviously, I probably wasn’t going to tell her no. That’s probably her advantage if we’re being honest. So there we go, we gotta buncha fruit snacks and oranges over there, and I may grab one on the way out.”

• On TCU: “Really good. Obviously playing with a lot of confidence, went on the road and won in a tough place to play in Manhattan a couple days ago. It starts with Desmond Bane, who is one of the elite players in our conference, and they have an inside presence in (Kevin) Samuel, who shoots 70 percent, which means he’s shooting a lot of dunks. They’re the best 3-point shooting team in the conference right now. That’s a big challenge for us.”

• On some fans overreacting to the two early losses: “Isn’t the sky always falling on Twitter? It’s either everything’s great or everything’s horrible, and you just can’t worry about it. Today we had to worry about coming in with great attitude and having a good practice, and I think we got that done. Tomorrow we gotta come and do the same thing. On Saturday, we’ll get up and play a tough team. We’ll play as hard has we can, try to make as few mistakes as possible, and at the end of the game we’ll see where we are. After that one’s over, we’ll think about how we did, and we’ll get ready for the next one. It’s the only way to approach this thing.

“I respect the people on social media. I’m not gonna say they’re not real people, they are. But they’re not vested in this every day. They react emotionally, and I get it. Fans are really, really important to what we do, but if we get totally focused on what the opinions are outside then we’re not really doing our jobs.”