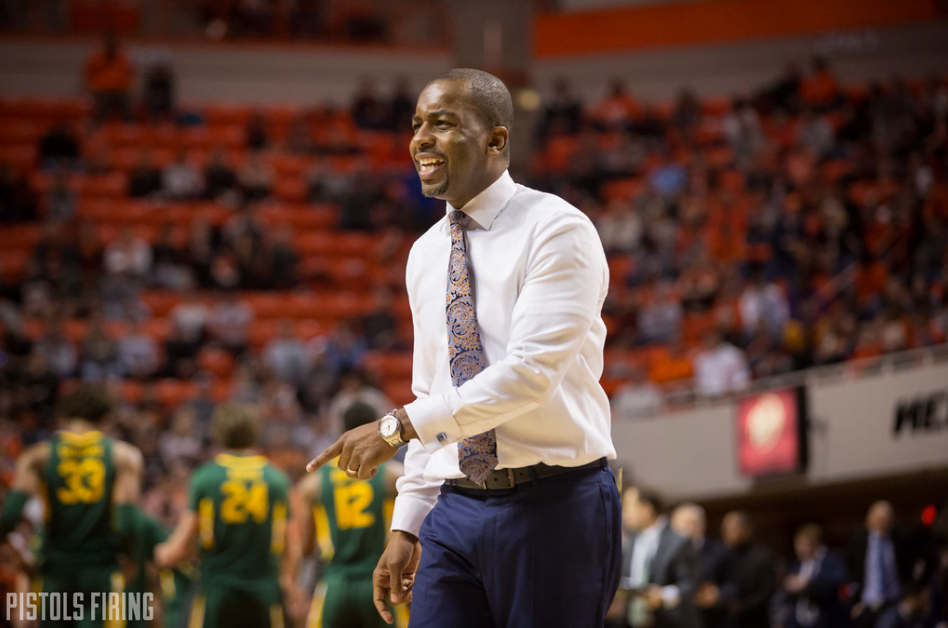 Oklahoma State hosts the Horned Frogs at 7 p.m. Wednesday in Gallagher-Iba Arena. Mike Boynton met with reporters after his team’s practice on Monday evening. Here is a breakdown of what he said.

• On if the approach is different for Wednesday than the first TCU game: “I would say probably with more desperation. That’s probably a fair word to use. We were 0-2 I think when we played them before. We still haven’t won one in league play, so I would think that’s a fair word.”

• On how the team’s struggles have switched from offensive to defensive: “With young guys, it’s hard to fix a lot of things at once. When you really focus on something, they take onto that pretty good, but then you lose something else in kind of a sacrifice almost. Eventually you hope that we keep our offense going and guys continue to make shots more consistently but that your defense doesn’t then revert again. Once we get both parts of the game playing well at the same time, we’ll have a chance to win.”

• On TCU guard Desmond Bane: “He’s played pretty well against us. Pretty much ended our season last year, too, in the conference tournament after we made a pretty strong comeback. He made a 3 in the corner that I remember like it was yesterday. He’s a really good player, all-league type guy. That’s what guys like that do. He’s a senior.”

• On defensive communication: “I think it’s more complicated than it seems. It sounds like, ‘Hey, just talk to each other.’ But basketball creates situations that are specific. You gotta be able to communicate in an instant how you’re gonna execute. Football, I always say, has an advantage because every seven seconds or so, you get to stop and talk about one play and everybody gets to know what their job is in that play. We don’t have that. Sometimes the game gets going and guys naturally get fatigued. The first thing that goes is the mental and the gameplan. ‘Manek can’t hit his third 3 now. He’s made two. We gotta make sure we get to him.’

“The point I’m getting to is, you really can’t simulate it in practice because you don’t know exactly what the situation is gonna be that they have to communicate. You can show them what the team’s gonna try to do. You tell them, ‘Hey, this is what we’ll try to do when they try to do this.’ But then they’ll make an adjustment and we’ll make an adjustment and now those things have to be verbalized throughout the action. That’s the part we’re struggling to get through now.”

• On Lindy Waters, who went out of Saturday’s game after taking an elbow to the nose: “Still waiting. I think they’re doing some tests to make sure he doesn’t have anything major. I do think that he’s got some nose damage. I haven’t talked to our trainers since this morning. He was seeing our doctors and maybe gonna get fitted for a mask before he’s allowed to go back out there. He got a pretty good shot to the nose the other day.”

• On the saying “keep chopping wood”: “I think that’s probably been used a lot. I talk to my former coach (Eddie Fogler) pretty much once a week. Once you start to struggle, you worry about guys’ belief in your ability to have success, not necessarily psychologically but whether they really believe they can have success. You gotta find ways to tap into we just gotta keep doing the same things that gave us a chance to have success early. We really haven’t changed much. The old adage is, you never know which blow it’s gonna take for the tree to come down. If you give up, you’re not giving yourself a chance to ultimately get it down. That’s the way we’re approaching it.”