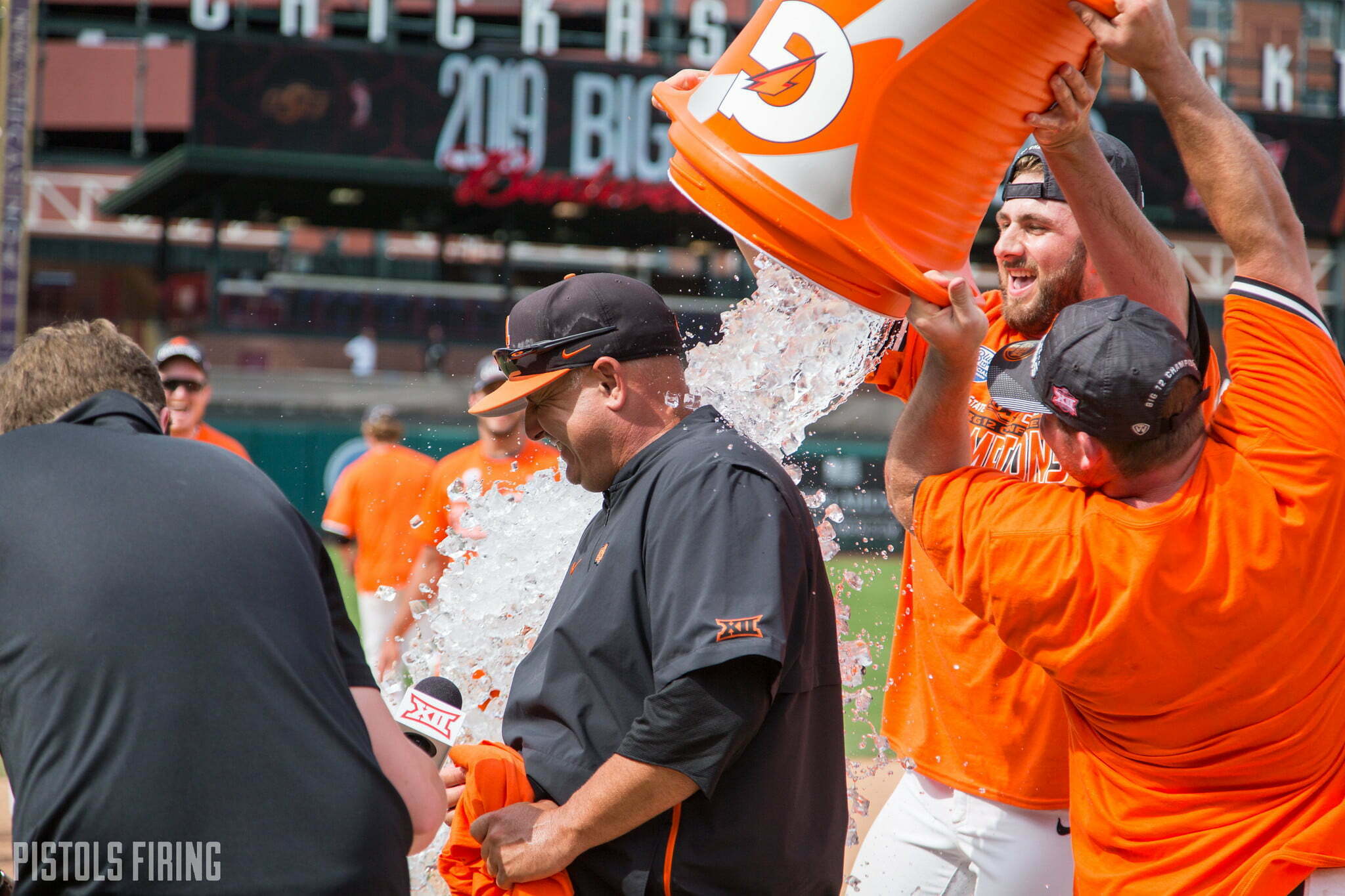 STILLWATER — There is plenty of excitement heading into this Oklahoma State baseball season.

For starters, the Cowboys will move into O’Brate Stadium on March 20 as they start Big 12 play. Josh Holliday also added some high-profile assistants to his staff in volunteer assistant Matt Holliday and student assistant Robin Ventura.

OSU hosted its baseball media day Monday in Gallagher-Iba Arena. Here are some quotes from Josh Holliday on the upcoming season.

• On the excitement about O’Brate Stadium: “There’s nothing about it that’s not exciting. I think the thing that’s exciting is just the challenge of just getting ready to play, getting a chance to play a few more games at Allie P., diving into some really tough road games early in the season and then the excitement of transitioning over into something that’ll be healthy for us and exciting and all the different things. I’ve never been a part of something new like this before, so that’ll be fascinating to see how it plays out.”

• On Matt Holliday and Robin Ventura adding to the staff: “They both have such a great life experience inside of the game in so many different levels. Both played it at such a high level that they have tremendous credibility with the kids when it comes to some of the cool conversations that I’ve already heard occur between them where they’re just sitting there on the bench talking baseball or telling a funny story or just kind of mentoring them through. We have some guys that work really hard, that take this really seriously, and those guys have this perfect ability from time to time to know how to lighten the mood or put their arm around the guy. We just have a lot of really strong, personal experiences that they draw upon. They look at these guys and they see, probably, 18, 19, 20-year old versions of themselves and can pass on just a really good vibe to the kids.”

• On seniors Carson McCusker and Cade Cabbiness: “Those two guys are incredibly consistent. First of all, they’re wonderful kids. They’re great students. They’re strong. They’re very disciplined. They live a good life. They show up every day totally energized and ready to go. They are all the good things that you want to see in a young man, a student-athlete at this level. From there, when they put their uniform on, they work at their craft. They’re both improved from a year ago. They’re a great example for the other guys. Both of them, yesterday, took great batting practice and really showed confidence and clarity in what they’re working on right now.”

• On feeling out the new stadium and how it’s going to play: “Every time I go over there, I always kind of peek at the sun and feel the wind and say, ‘I wonder what the ball would do today.’ I’m excited to see, when we do get in there, how it plays. The surface is beautiful and the dimensions are relatively similar to what we’re currently at. I feel like there will be some definite things where, instinctively we’ll kind of expect, but you never know. It’s a a taller stadium. There’s more steel and more of a vertical stadium that’ll kinda surround home plate. There’s quite a bit of shadowing there, so that’ll be interesting to see.”

• On the future of recruiting with his current staff and the new stadium: “Well, my job is to try to keep thinking of ways that we can grow our team and grow the players inside it. Putting great coaches with great experiences around them should show kids that they have a chance to go and have a unique experience and learn and be part of a team and be around baseball people that provide just a real important view on the game and how to develop inside it. Obviously those guys, they understand baseball, having played it or managed it or both at the highest levels. That’s a great amount of insight that we have that maybe a lot of programs don’t have access to. Those guys, they’re great guys. They have amazing experiences. They’re really fun guys to be around. I think it’s a good vibe for kids to understand that the coaches understand where I’m trying to go and can help me get there.”

• On Hueston Morrill: “He’s a good player. He’s versatile. Last year he played second; he’s working primarily at shortstop this year. He’s really, really grown up a lot. He’s stronger, more mature. His work ethic is really good, really showed growth in the classroom. All things that are markers that guys are growing up. Usually when they grow up, their consistency improves. I’m looking forward to watching him get better every single day.”

• On filling holes from last year’s team: “We did lose some really fine players in the middle of the field last year, no doubt. Trevor (Boone) had a phenomenal year in center field. Obviously Colin (Simpson) and Bryce (Carter) were really good behind the plate. Then (Andrew) Navigato played well at shortstop.

“I like the kids that we have in the mix for those positions. Noah Sifrit had a great fall. He’s definitely in the mix to play some center field. Caeden Trenkle, as a freshman, had a tremendous fall. He’s definitely in the mix to play some center field. As I said with Hueston, he can slide over to shortstop. He had that ability. Dylan Gardner had a good fall. Kaden Polcovich had an outstanding fall. Those two kids can definitely play second base. Kaden can also slide to third. Jake Thompson had a really good fall. He’s definitely in the mix at third base. Behind the plate, we’re gonna see some new faces back there. We’ve been pretty lucky Colin has caught the vast majority of innings the last three years. Bryce Carter came in last year and did a great job pairing up with him. We’ll be new behind the plate for sure, but we’ve got some kids that can definitely do it. Brock Mathis, Josh Spiegel, Max Hewitt is spending a lot of time behind home plate right now. I’ve been really impressed with what he’s done back there. Some new faces for sure, but the kids are making great strides.”

• On Hewitt transitioning from middle infield to catcher: “Max is an incredible team player. He has been since Day 1 when he got here. An awesome teammate, an amazing student. He’s accepted his role each year. He’s gonna have an expanded role this year. He’s caught previously. He caught in high school. He jumped back there and has really, really taken to it quickly. It says a lot about him. He’s a tough kid. He shows up at the field every day, he loves baseball. That guy cannot get enough of the game. Catching is usually a good position for guys that have that kind of motor.”