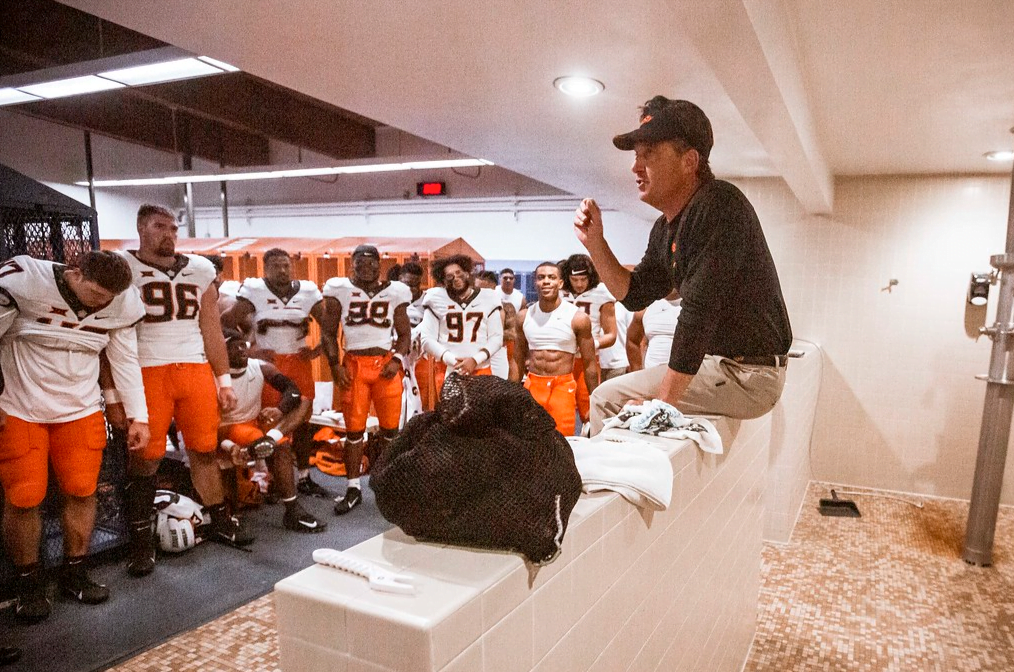 A hoarse Mike Gundy spoke to the media Saturday night from Boise State to recap his team’s 21-20 win.

Marshall Scott was on site from Albertsons Stadium to take in the postgame. Here’s what the man, the myth, the mullet himself had to say after the game in this week’s edition of The Rundown.

• “The three cover guys’ ability [on special teams] to go down and make those plays, force them into 90, 95 yard drives, along with us rushing the ball well enough to keep the clock running is how we won the game. … Our defense has had their backs against the wall a number of times this year, they were again tonight, huge momentum swing when we fumbled, but our defense came out and made plays.”

• “Very unusual call [on OSU’s fumble and Boise’s recovery]. I’m not sure how it happened. I wish I would’ve seen the replay. But we had an all-out block call, crashed in and we were fortunate they missed the field goal. Really good win for our guys.”

• “We have a long ways to go offensively. Personnel-wise, we’ve got to come up with some answers to allow ourselves to throw the ball a little better. But I don’t want to take anything away from what we accomplished.”

• “Cabbiness, what a story. Young man that walked on, local kid, busts his tail every day, all the time. Those guys never know if they’re going to make it into the game, then he makes a big-time catch. You can’t write a better script for that kid.”

• “We did a much better job of scheming and getting people blocked tonight.”

• “Jaylen Warren is aggressive, he’s strong. When he breaks the big run for 75 we needed that lift. We were struggling. So he makes a big run, puts us right back in the game. And then he had to run through tackles when they knew we were rushing the ball.”

• “When we went in at halftime, I had to look at the scoreboard because I thought we were down by 20. I just felt like we were. I didn’t think we did anything besides run, run, run. Looked at the scoreboard and we were ahead. Just didn’t feel like that. We have a culture in place that allows guys to ignore the conditions they play in, and that’s what we did.”

• “We never slowed them down much in the first half. We couldn’t stay on the field long enough offensively. I know we made some really good adjustments at halftime and they worked.”

• “We’ve got issues, I mean we’re down a bunch of wideouts, it’s obvious, no reason to hide that. We’re just inexperienced. We just have to come up with the best schemes possible to try and balance out a little bit more.”

• “I think Spencer played good. We didn’t protect him. So we were one-dimensional. It allowed Boise to have flexibility on coverages. He didn’t have much of a chance to throw the ball.”