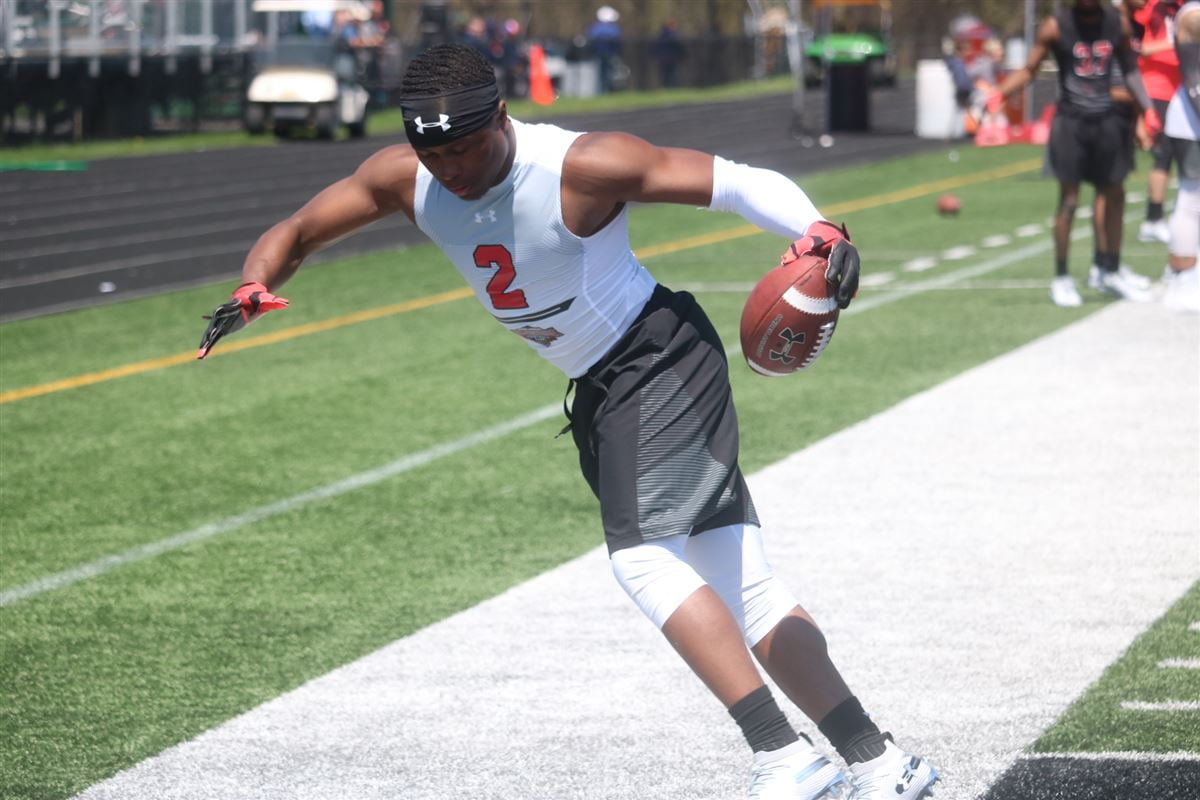 OSU got a nice shout from what would be one of their best recruiting pulls in the last decade. Teriyon “Mookie” Cooper (we will definitely be calling him Mookie) — a hybrid running back/wide receiver out of St. Louis — put the Pokes in his top 10 recently along with Texas, Georgia and Alabama.

While it’s true a top 10 is a long way from a top 1, it’s still nice for OSU to be in on somebody who has already discarded OU and Ohio State. Let’s take a look at his profile.

“The first thing (my trainer) taught me was simple stuff, he helped me with my stance and the basics like how to get off the ball,” Cooper told 247. “Then we worked on in-game stuff and different looks and how certain defenses go against with routes and how to read certain coverages. We worked on it so much it just became natural and we stopped having to think about it.”

Cooper’s small Trinity Catholic school beat Cardinal Ritter in the Class 3 state title game in December, and Cooper had a 23-yard receiving TD. For the season he averaged over 10 yards a carry and nearly 30 yards a reception.

Top Offers: Michigan, Ohio State, Texas, Georgia, OU and Florida. We should also mention Illinois here because they’re in his top 10 and his former high school coach is now the TE coach there under Lovie Smith.

Zach Lancaster made a good point here that Cooper would be a nice grab because OSU could ease him into the rotation (and play him in up to four games) in 2020 with Landon Wolf and Dillon Stoner on the way out. OSU isn’t exactly hurting for young wide receivers, but this would definitely be a case of the rich getting richer.

The other reason he’d be a good fit is because he’d be the seventh-highest ranked recruit in Oklahoma State football history.

My mouth is agape.

Mookie Cooper really did my guy LIKE THAT ? @moooksterr1 pic.twitter.com/I8yWoStbL3

There’s no indication that Cooper won’t be going to Texas as every prediction on 247 has him headed there, and the Horns just nabbed a signing from his teammate Marcus Washington for 2019. He also seems enamored with the place.

The interesting part is that OSU has locked down one 4-star receiver in the last three classes (Tylan Wallace, C.J. Moore and Langston Anderson, consecutively). Will this class’ be Cooper? Probably not, but as Kasey Dunn just proved with Anderson, don’t ever count the Pokes out.

Cooper is expected to commit early in spring 2019.