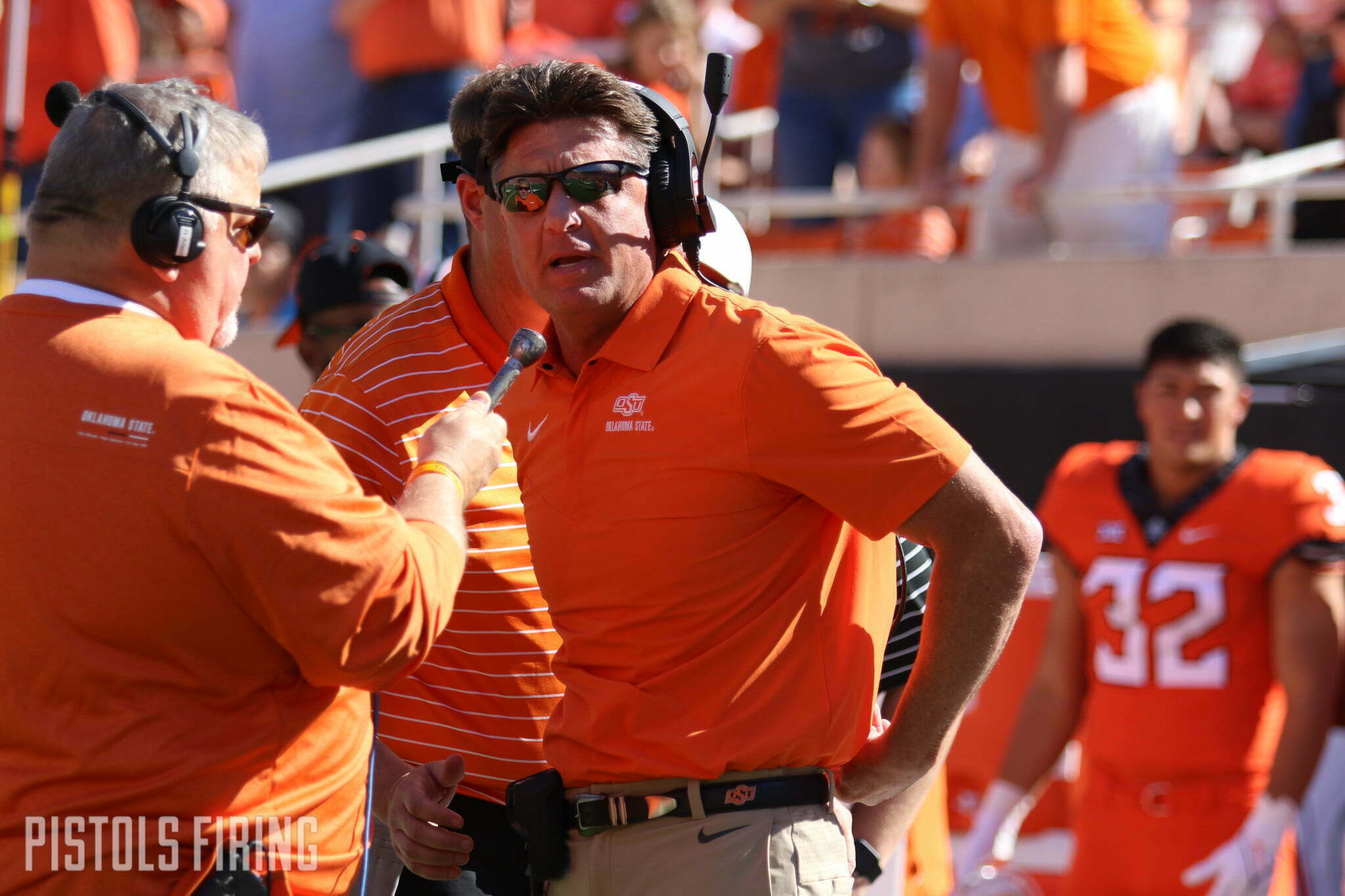 The Cowboys end their season with a visit from the hapless Mountaineers. West Virginia at 4-7 is not going to make a bowl this season, and it appears as if this could be Neal Brown’s last game as its coach based on the school’s firing of athletic director Shane Lyons and other writings on the wall. The Cowboys are fresh off a disappointing Bedlam loss, but they are celebrating Senior Day and still have bowl position to fight for.

Let’s take a look at three questions the Cowboys will need to answer to come out on top and keep their record home win streak alive.

Who Can Block Dante Stills?

Coming into his final collegiate game, Stills has recorded nine tackles for loss and 4.5 sacks on the year. He’s tough to block and even tougher to run past. The Mountaineers boast the No. 38 run defense, according to Pro Football Focus, but that all starts with No. 55, the No. 15 run defender according to the site.

The Cowboys have had little success running the ball all season which was a big factor in their Bedlam loss. If West Virginia has an edge in this one, that’s going to be it.

Former Georgia transfer JT Daniels has held the reins of WVU’s offense all year, until last week when he was benched for the more mobile Garrett Greene. This week’s depth chart features a big bold “OR” between the two passers’ names, a trick Mike Gundy would be proud of, but which makes it no less difficult on Derek Mason and Co.

Brown said at his news conference this week Greene would start, but Brown also didn’t shoot down the possibility of highly touted freshman Nicco Marchiol getting some snaps. So, there could be three QBs the Pokes have to prepare for.

With Daniels, you get a more traditional pocket passer, but he’s a statue in the backfield. In Greene, you have a more dynamic run threat but less stability. He has almost as many rushing yards (229) as passing yards (445). In his first start, a loss to Kansas State, Greene threw three touchdowns and rushed for a fourth, but he also threw two interceptions.

If it is the more-mobile, less-experienced Greene that gets the start in Stillwater, his legs will provide another challenge for the Cowboys’ defense while the Pokes could try to capitalize on his lack of reps. But anytime OSU faces a backup dual-threat QB, I get a little nervous.

Which Team Wants it More?

This should be obvious. West Virginia is not going to make the postseason, and there’s still a nine-win season and bowl position still on the line for OSU. But the Cowboys just suffered a demoralizing loss to a rival last week, and the Mountaineers may be playing for their head coach in his last hurrah.

According to Mike Gundy, culture, leadership and just the way college kids are — short attention spans and all — keep the Cowboys from holding onto losses too long.

“They’re pretty resilient,” said Gundy. “You know, like the phones they’re on to the next video and they roll. We had a couple guys do a good job with leadership [Sunday] night.”

Gundy singled out Brock Martin, Jason Taylor II and Spencer Sanders, all of which could take celebrate Senior Day this weekend, as veterans who stood up.

I would be surprised if we saw the Cowboys come out flat on Saturday, but I am fascinated by motivation and how players can renew it when long-term goals like the Big 12 Championship, the CFP and all of that are no longer on the table. But it feeds back to the culture Gundy always talks about and I’ve no doubt it will be on display this weekend.