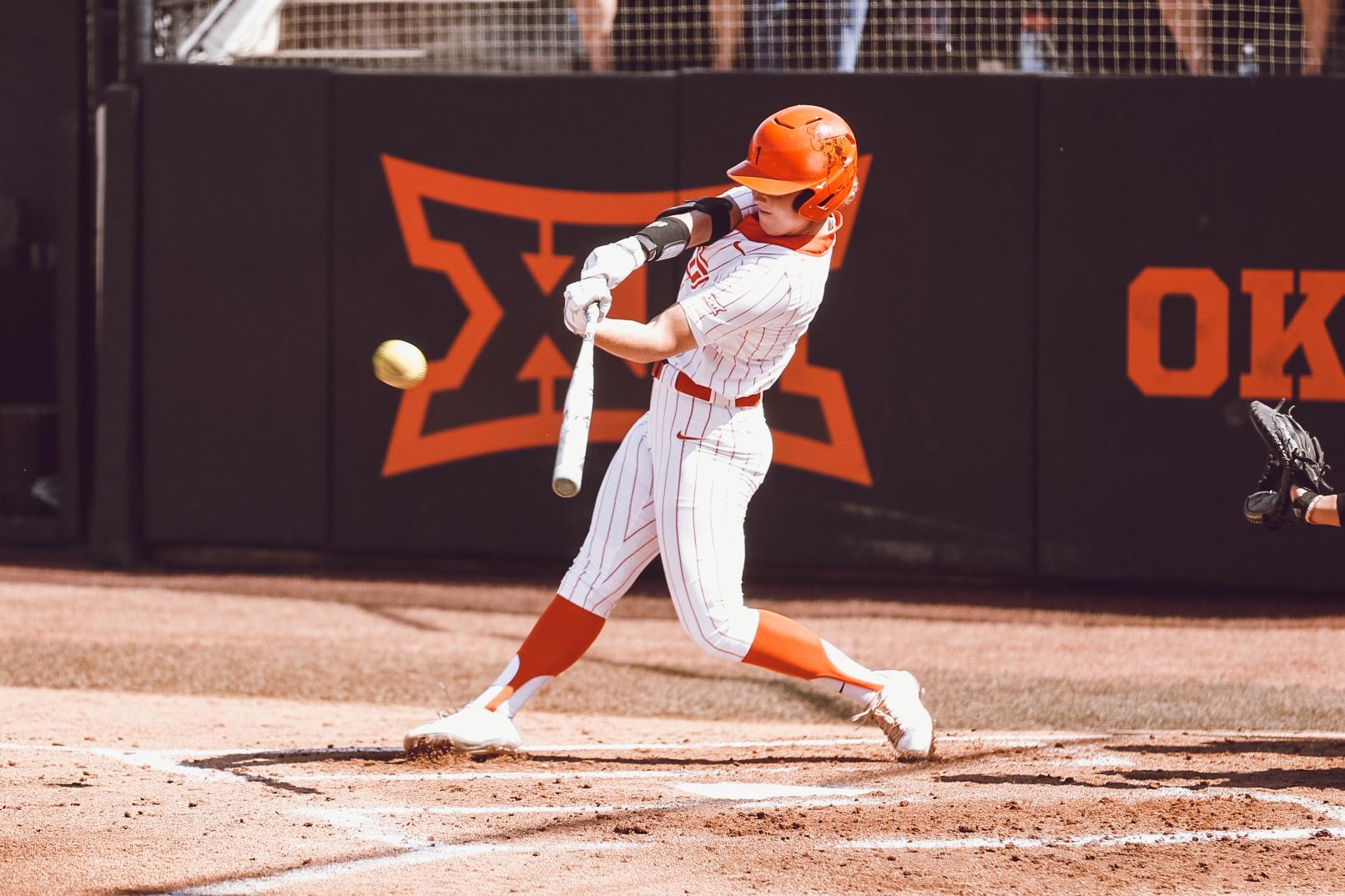 Kenny Gajewski has done an excellent job of recruiting the transfer portal, and that became even more evident Wednesday.

Alysen Febrey, Carrie Eberle and Hayley Busby all received NFCA All-America honors Wednesday. The three all transferred into Oklahoma State ahead of the 2020 season.

Febrey is a first-team first basewoman. She was a Softball America first-team All-American for the COVID-shortened 2020 season after transferring to OSU from Georgia (OSU’s first WCWS opponent).

This season, Febrey’s .409 batting average is a team-best. She has hit a team-best 17 doubles, and her 18 home runs trails only Busby on the team.

A second-team pitcher, Eberle was also a second-team selection from Softball America in 2020. Eberle has been the Cowgirls’ rock in the circle this season. Her 1.41 ERA and 25-3 record this season led her to being named the Big 12 Pitcher of the Year. She transferred to OSU from Virginia Tech ahead of last season.

Busby, a transfer from Virginia, has put a hurting on the softball this year, hitting 19 home runs. She also boats a .389 batting average. Her .828 slugging percentage also leads OSU hitters. She is a third-team All-American.

The three All-Americans and the rest of the Cowgirls are set to play Georgia at 1:30 p.m. Thursday in the Women’s College World Series in Oklahoma City. The game will be televised on ESPN.