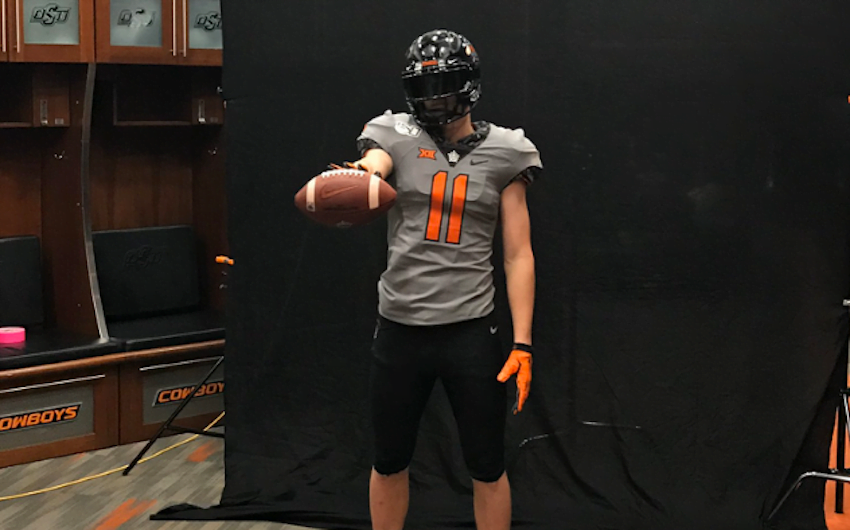 Three-star linebacker Danny Stutsman trimmed his list from 19 to six schools this week, naming Oklahoma and Oklahoma State as two of his finalists along with Minnesota, Virginia Tech, Texas A&M and West Virginia.

Stutsman is a 6-foot-3, 215-pound recruit from Florida — a non-traditional recruiting ground for OSU. (OSU does not have a Florida native on its active roster, though it has pursued prospects from the talent-rich state in the past, mostly without success.)

After a talk with @CoachGundy, I’m excited to announce that I have received an offer from Oklahoma State University ? #GoPokes @RyanSimmonsOSU @247recruiting @Rivals pic.twitter.com/0YKgwpNChl

Stutsman could be a different story, though. He visited Stillwater in January and received an offer from Mike Gundy himself during his visit. It’s a positive indication that he’d make the trek from Florida to Oklahoma willingly considering his profile and other regional interests from high-major programs.

OSU only has one commitment in its 2021 class to date but it is at linebacker, with Kolbe Fields, who is an outside backer like Stutsman. He also played on offense a bit last season as a pass-catcher but is being recruited by OSU as a linebacker.