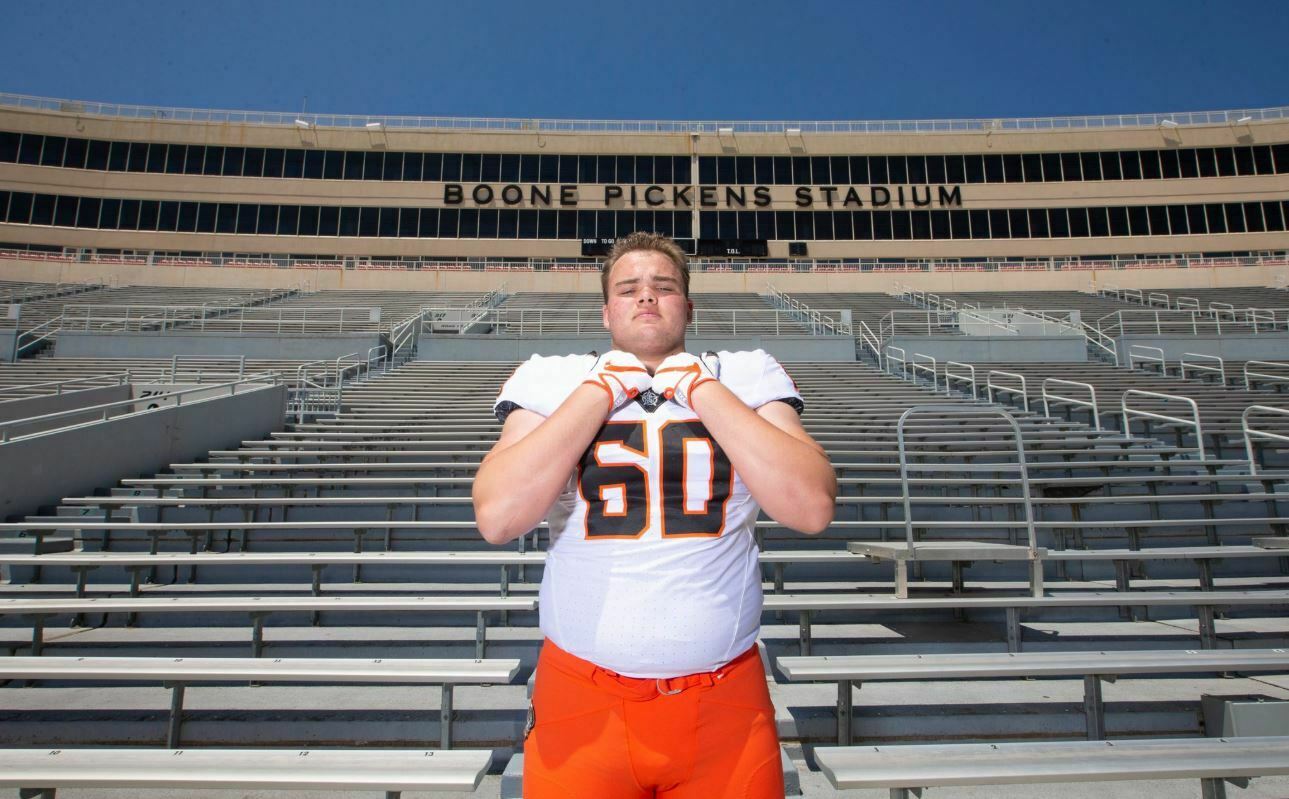 Oklahoma State added a pledge to its 2020 class on Sunday night when three-star offensive lineman Cade Bennett announced his intention to spend his college career in Stillwater.

Bennett recently opened up about what drew him to Oklahoma State.

“They have something special there that I haven’t felt at any other programs,” Bennett told 247Sports. “Coach Charlie Dickey is also one of the best offensive line coaches I’ve come in contact with, let alone one of the best men. It’s all a family culture there; everyone hugs you instead of being super formal about everything. It’s extremely welcoming and I loved every second I was there. I wish I could go out and play for those guys right now.

“They are also in a top-notch football program in the Big 12 Conference, which definitely helps. I believe that by going there I could follow my dreams and proceed to play in the NFL.”

The three-star offensive tackle from Notre Dame Prep in Scottsdale, Arizona picked the Pokes over 15 other offers including the likes of Boise State, BYU, Washington State and both in-state schools Arizona and Arizona State.

The decision comes on the heels of a mid-week visit to Stillwater that was enjoyable for both parties.

Had an absolutely amazing visit at Oklahoma State!!! Unbelievable facilities and football program and even better people. Thank you @CoachGundy @Coach_Dickey @CoachLuceFB @CoachMeyersOSU for this great experience! pic.twitter.com/tkc6LgVBnD

Bennett is a big mauler (6-5 and 300 pounds) with a mean streak. He joins Eli Russ and Trent Pullen as the third O-lineman in OSU’s 2020 class and the ninth commit overall.

Take a peek at his junior season highlights.