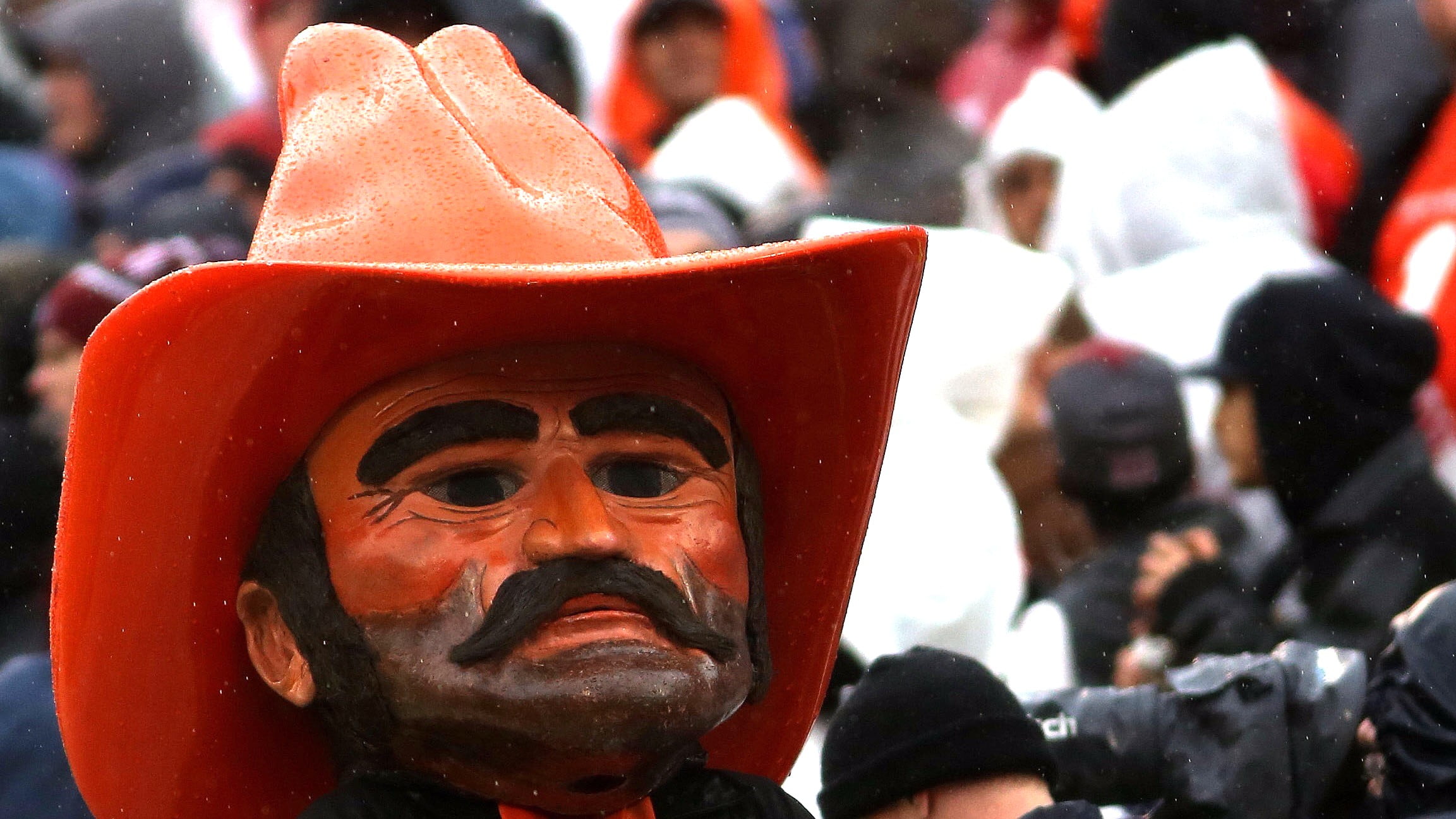 The Pac-12 South Champs are a different type of team than the Pokes have seen in 2016, let’s take a look at some key numbers that are likely to shape the outcome.

Keep the Buffs below 100 Yards Rushing

The most apparent common denominator in all three of Colorado’s losses is not being able to top 100 yards rushing. Otherwise stated, Colorado is undefeated when they rush for 100+ yards and slowing the ground game severely stunts the offense. The Pokes are giving up an average of 204 yards per game in their “bend don’t break” scheme facing potent Big 12 offenses and it’ll be intriguing to see how the Cowboys fare against a less potent Pac-12 unit.

Coach Gundy is 32-5 when OSU holds teams below 100 yards and he’ll need guys like Chad Whitener, Mote Maile and DQ Osborne to step up and do a solid job stuffing the run up the middle. If Glenn Spencer’s front seven can keep the Buffs rushing attack at bay, the Cowboys will have a great shot at getting to that magical 10th win. Especially when you’ve got a guy who can hit like this:

The Pokes are one of the best in the nation at turning teams over (it’s so fun that we can repeat that phrase about our basketball team!), but tonight will feature two teams that are great at it (both averaging two per game).

The Pokes do a better job of holding on to the ball (*crosses his fingers that Neutral Site Mason is more like Home Mason than Road Mason*) and I think that’s ultimately what gives OSU the edge here. The Buffs have a lauded secondary and Coach Gundy talked about how six of their guys are being looked at by the NFL, but that doesn’t intimidate the Cowboy offense.

A couple of years ago the Pokes went toe-to-toe with a prolific defense featuring numerous future NFL guys in the Cactus Bowl against Washington, but how this strength-vs-strength match up turns out will no doubt be shaping in the outcome. The Cowboy secondary isn’t too bad itself:

With a peaking run game (6.43 yards per carry since November 1st), the Buffs will have to fill up the box to slow down a freshman All-American and a steamroller named Chris Carson. Advantage: Cowboys.

Opportunities are going to be important in a game where a strong secondary could limit a high flying offense and an offense dependent on an injury prone quarterback running the ball effectively.With two ball-hawking defenses, momentum will hang in the balance at times and if the Pokes can win this battle, they’ve won 28 out of the last 30 games that they haven’t lost a turnover.

Who Gets Explosive Plays?

A good indicator of how smoothly an offense functions is explosive plays (over ten yards), as the likelihood of going 70 yards is awful difficult without those kinds of plays. And the Pokes have done a really good job of that, averaging more than 18 plays of 10+ yards per game (no. 17 in FBS). The steady Buffalo attack is middle of the road averaging just below 14.5 plays of 10+ yards per game.  A big reason for OSU’s advantage is a guy who can do stuff like this:

So how good are the Alamo opponents at stringing together long drives? The Pokes are No. 3 in the country at getting points on drives of 80+ yards while the Buffs stall out far more often earning them 94th in the FBS in points per long drive. Just watching their highlights, you can see most good things for them aren’t longer plays but shorter stuff:

The Colorado offense has been capable, putting up 446 yards per game. But if Zach Sinor gets to pinning the Buffs deep in their own territory, don’t count on CU quarterback Sefo Liufau to lead them on a long, fruitful drive like we’ve grown accustomed to in Boone Pickens Stadium… And will get to enjoy next year!