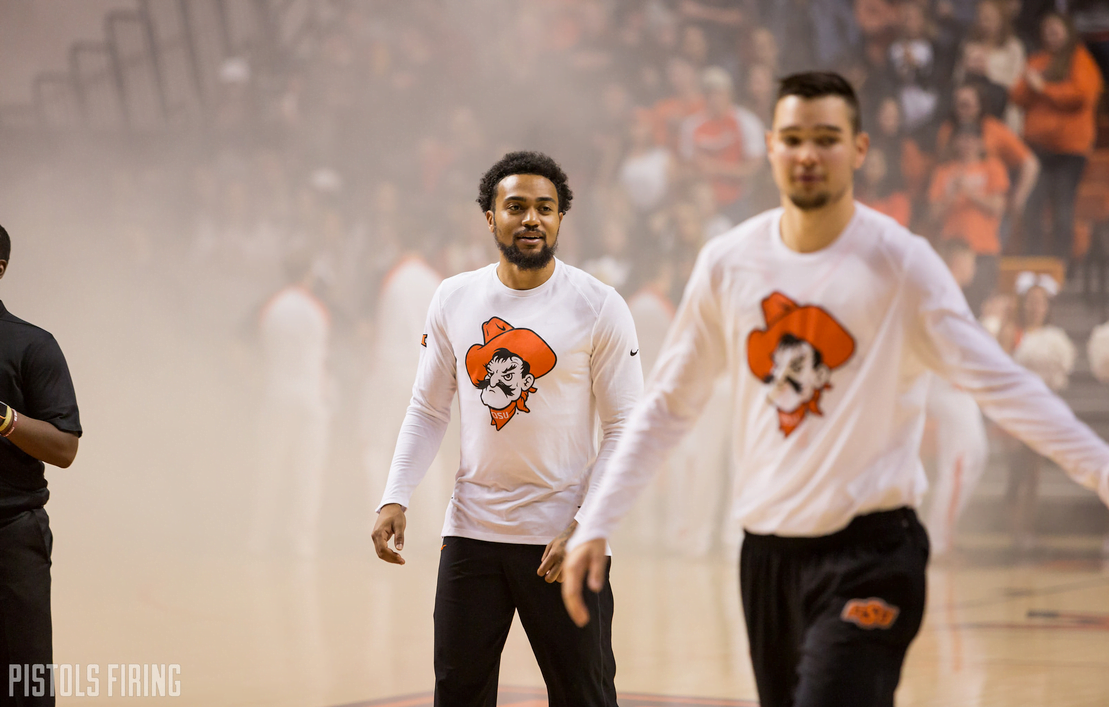 The Cowboys’ trip to the Advocare Invitational in Orlando was a successful one.

Oklahoma State ran Memphis and No. 19 LSU out of the building and was able to test itself against the defending national champion in a loss. Here are three takeaways from the Pokes’ preseason tournament.

In their losses, the Cowboys have averaged 61 points, and in their victories, they’ve averaged 81.5 points. Needless to say, this team has been at its best in shootouts.

It sounds dumb to say OSU is better off when its opponents miss shots. That’s the case for more than keeping the Cowboys opponents off the scoreboard, though. When OSU gets a defensive rebound or forces a turnover, it propels the offense forward. The Cowboys offense has ran a lot better when they aren’t forced into a slow developing half-court set, but rather when they can quickly get to the basket or drive and kick.

Notice how Lindy Waters and Michael Weathers immediately fill lanes while the LSU defense nonchalantly trots back. Also look how calm the three Cowboys are as Weathers cooly points to Waters as to who Isaac Likekele should pass to. That’s what the Cowboys look for. OSU is shooting 49 percent from the field as a team and 43 percent from 3-point range. So, Kansas coach Les Miles might say, ‘Let er rip.’

Oklahoma State scored 232 points in the Advocare Invitational — 141 from starters and 91 from the bench. That’s about a 60/40 split, which is almost perfect.

Given the Cowboys’ first six games, here is how I expect the starting lineup will look for the time being:

And here are the first three off the bench:

While it has worked thus far, it would be more ideal for OSU to get more production from its bench bigs. Despite playing 95 minutes this season, Demuth has scored only eight points. Kentrevious Jones played only 22 minutes in Orlando, and Maurice Calloo played 18 minutes. That puts a lot of the post pressure on junior Cameron McGriff, which he has proven he can handle, and freshman center Yor Anei, who has been dominant in spurts. But when the Cowboys face teams with post depth, it would be more desirable to have more than two options.

Curtis Jones will add to the Cowboys depth when he becomes eligible at the end of the semester, but Jones, a 6-foot-4 guard, won’t necessarily help on the block.

OSU captains Cam McGriff, Lindy Waters and Thomas Dziagwa made a combined 15 3s while in Orlando on 41 percent shooting.

They’ll let them fly from anywhere, too. NBA range with a hand in the face? Doesn’t matter.

Trailing on a fast break? Why not?

A more traditional catch-and-shoot? You betcha (notice LSU coach Will Wade when he sees Dziagwa catch this).

The three captain have combined for 248 of the Cowboys 448 points this season; 123 of those points have come from behind the arc.