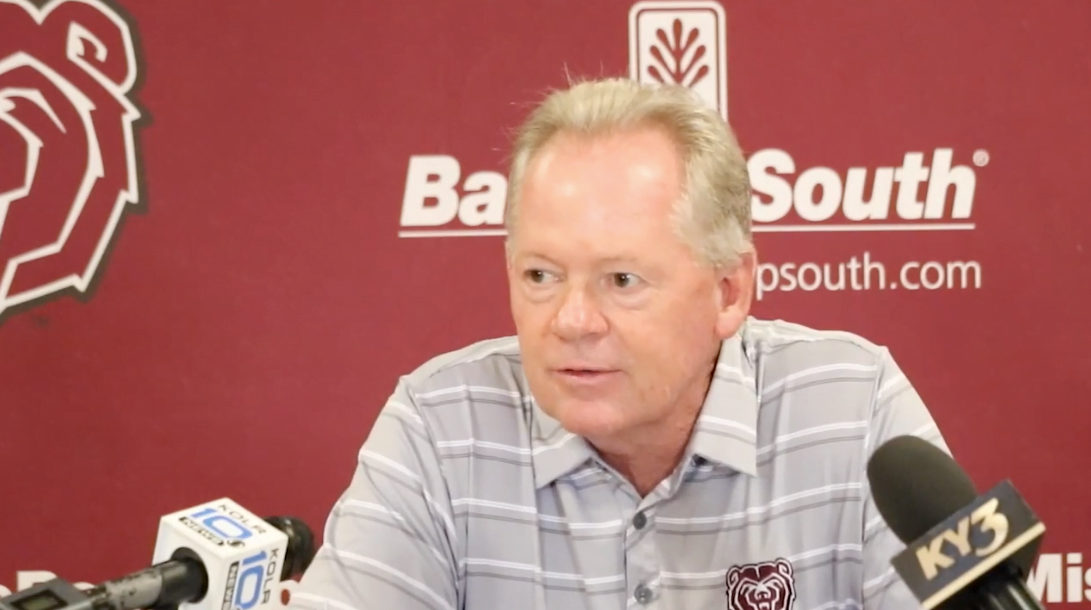 Bobby Petrino has had a tumultuous coaching career to this point, hitting the heights of the NFL, but Petrino now resides in Springfield, Missouri coaching the Bears.

A former head coach for the Atlanta Falcons, Arkansas and Louisville, Petrino’s latest job is to get Missouri State ready for its game against Oklahoma State on Saturday in Stillwater. Petrino met with reporters Monday afternoon. Here are three takeaways from his media session.

With the Cowboys losing the star power of Tylan Wallace and Chuba Hubbard, it will be interesting to see how teams gameplan against the Pokes’ offense in the early weeks.

It sounds as if Petrino is less worried about personnel entering this Week 1 game as he is with the Cowboys’ general style of play.

“Well, they always do a good job offensively,” Petrino said. “The tempo is the No. 1 challenge for us. We’ve got to be able to get lined up, understand the formations and then be able to handle what they do out of the formations. They’re good at what they’ve done. Coach (Mike) Gundy has been good at it for a long, long time. It’s something that we’ve got to work really hard at. We know they’re going to have receivers that can go down the field, but you have to stop the run game first. That’s always one of the things about defenses. You have to stop their run game first and then be able to put some pressure and give the quarterback some different looks. Being able to do that with the tempo that they go is the challenge.”

On the other side of the ball, the Cowboys have a almost an overwhelming amount of defensive star power.

The Cowboys had two main vacancies from their 2020 team that led the FBS in third-down defense, and they filled both of those spots with sixth-year seniors.

“There’s a lot to prepare for defensively,” Petrino said. They do a lot of different things. They’re very fast and physical, and you see all the experience back there in all positions, really — linebackers, secondary, safeties, corners. A group that really played well together and played fast together, so it’s a difficult challenge. It’s one that we’re certainly looking forward to, though. I think it’ll be a lot of fun.”

3. Transfer Quarterback to Start for Bears

Shelley spent three seasons at Utah, completing 58% of his 179 pass attempts for 1,205 yards, six touchdowns and six interceptions. He transferred to Utah State ahead of the 2020 season, playing alongside Oklahoma State running back Jaylen Warren. Shelley started four games for the Aggies last season, throwing for 420 yards, two touchdowns and two interceptions.

“Jason Shelley will start the game for us,” Petrino said. “We feel like he had a great camp. … I think his consistency, his quick release and his ability to understand defenses just a little bit more (separated Shelley). His experience really showed up throughout practices and his ability to adjust to the defense and get the ball out of his hand.”