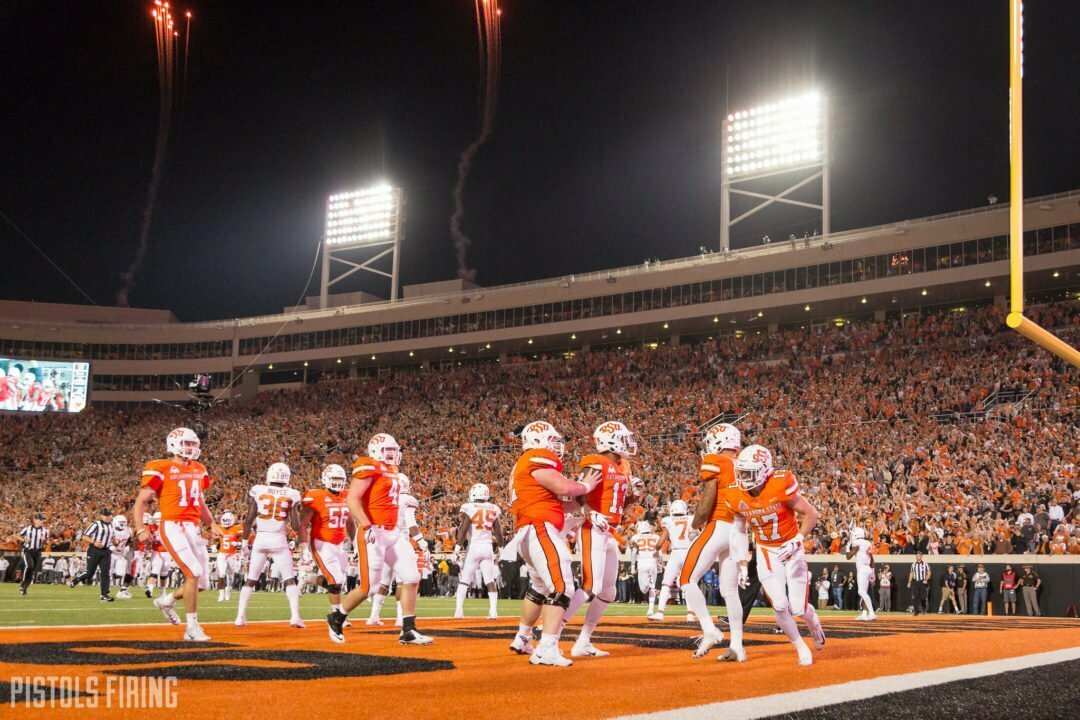 Winning the Big 12 championship in 2021 for Oklahoma State isn’t implausible. The schedule has some breaks, the team returns a lot, and injuries — at least as we sit here in mid-July — looks right now like less of a problem than they were last year.

But OSU will still need a break to pull off a championship this season. Maybe a few of them. Heck, even the 2011 team fans put on a pedestal had to pull a rabbit out of a hat to beat Texas A&M and narrowly beat K-State in Stillwater to keep its chances alive. The margin between a third-place finish and first-place finish is razor thin.

So entering the season, here are the three things I think OSU has to have go its way to have a shot at a second conference title in program history under the Big 12 infrastructure.

No player holds the key to OSU’s success moreso than QB1. This is true every year, of course. So, by default, the logic applies to Spencer Sanders. He has made small steps each year as OSU’s starting QB, but in 2021 he must cut down on negative plays, limit turnovers, avoid trying to fit passes into too-tight windows and operate within the offense. If he does that, and OSU has a shot to be good if the other units come along as expected.

OU is the one major hurdle standing in OSU’s way (and any team in the conference’s way). The Sooners are strong favorites to win the conference and make a push for the playoffs led by a Heisman favorite in Spencer Rattler.

The Pokes have beaten them just twice under Gundy’s watch — in 2011 and 2014. Getting OU at home helps, but it’s going to come down to catching the Sooners at a good time. Can OSU bring a healthy QB into the game? That’d be a luxury not often afforded the Cowboys much in recent Bedlam battles. This might come down to who is healthy, as the game is set for the regular-season finale.

OSU’s defense ranked 18th in ESPN’s SP+ metric last season, fifth-best among all Big 12 teams. The year before OSU’s defense was 58th in the same metric. So, improvement!

Still, OSU’s defense is going to have to be the strength of this team unless the offense is better than expected. And it’s hard to imagine that losing Tylan and Chuba will help on that front.

If OSU can have a top-15 defense and get just a tiny bit better at forcing takeaways (OSU was 61st and 60th the last two seasons), then indeed the defense might have enough juice to carry the team to contention. That part will be key: OSU’s offense isn’t good enough to win games without extra possessions.

I think there are so many good, experienced pieces on this side of the ball to think a leap in 2021 is possible.