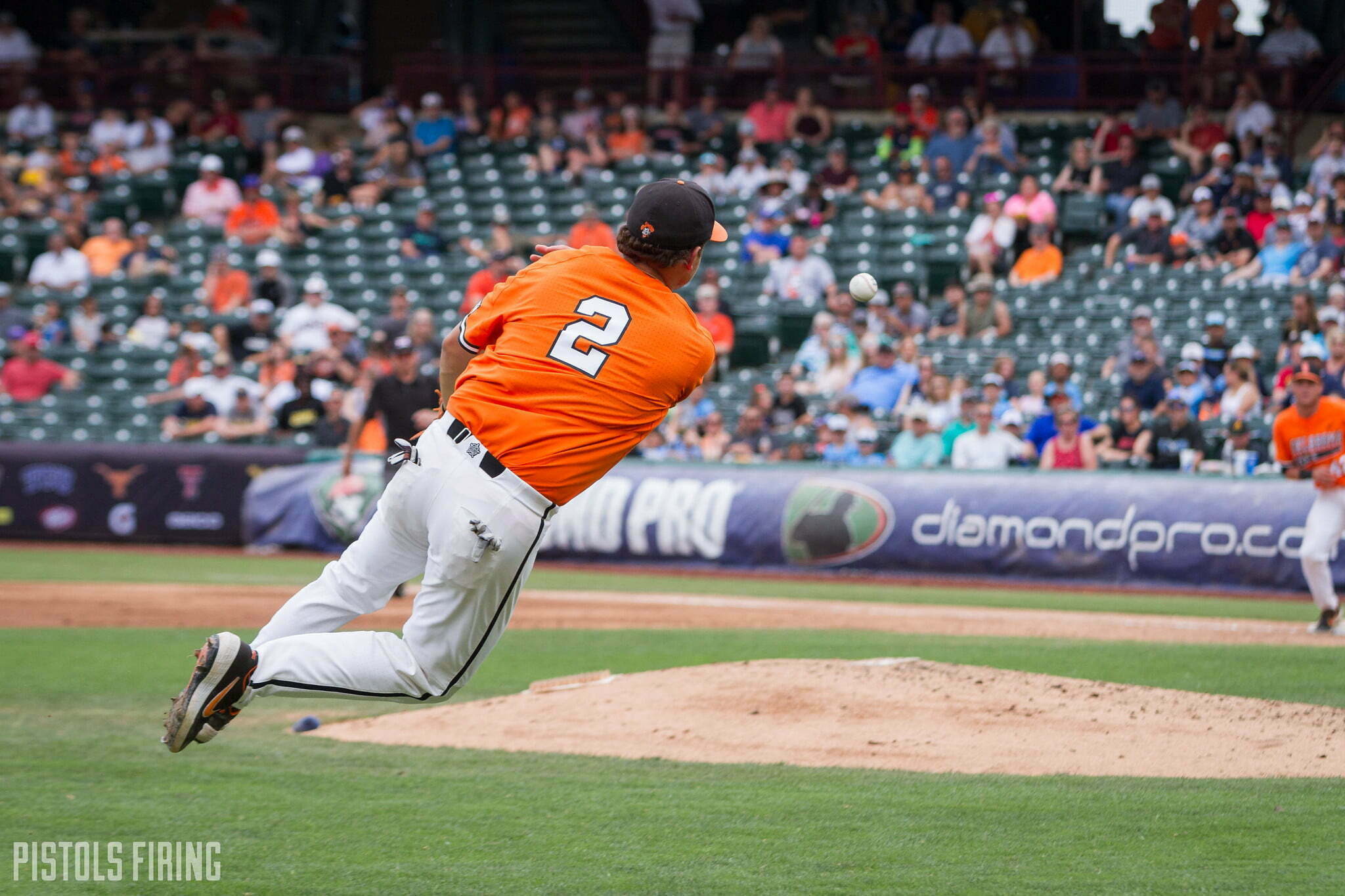 Barring any weather delays, it looks like it’s going to be a fun weekend in Bricktown.

The Oklahoma State baseball team will play Ivy League champion Harvard at 6 p.m. Friday in Oklahoma City. It will be the first time the Cowboys have hosted a NCAA Regional game since 2015. Here are three things to know entering this weekend.

The Cowboys are up to 84 home runs this season; at their regional this weekend, the team that comes closest to that mark is Harvard with 44.

That might be as impressive as what the OSU golf team did to the field in stroke play this past weekend.

Trevor Boone leads the way for the Cowboys with 19 home runs. Boone is two away from cracking the top 20 in school history for home runs in a season. If he did crack the top 20, he’d be one of only three players on the list from the 2000s, joining Corey Brown (2007) and Adam Carr (2005). Those two each hit 22 home runs in their respective seasons.

Speaking of breaking into record books, Colin Simpson smashed his way into OSU’s top 10 in career homers this past weekend. He’s hit 46 across the past four seasons, knocking Rusty McNamara (1995-97) and Sean Hugo (1992-94), who were tied at 45, out of the top 10. It’d take some doing, but Simpson is seven home runs away from his coach’s 53 career round-trippers.

It’s not like the Cowboys are finding themselves in slugfests either. OSU has a home-run difference of +55, with Harvard being the closest at +17 and Nebraska (-5) and UConn (-6) on the other end of that spectrum.

That’s obviously not the only stat that determines how good a baseball team is, but any fan of long balls walking in as a neutral observer, will likely leave the Bricktown Ballpark wearing orange. Here is a list of the regional’s top home-run hitters:

Injuries have plagued OSU the past few seasons, particularly in the Cowboys’ pitching staff, but the OSU is looking fairly healthy entering their NCAA Regional.

The starting rotation of Jensen Elliott, Parker Scott and Brett Standlee, which has been in place for much of the Big 12 year, all are healthy and peaking at the right time. Elliott, the Cowboys’ ace, missed much of the past two seasons after Tommy John surgery, but he has been throwing like a mad man as of late. He’s pitched a full nine in half of his past six outings, and the Cowboys have won six of the past seven games he’s thrown in.

Scott missed all of last season because of injury, but back and healthy as a redshirt sophomore, he has a team-best 1.45 ERA through his 37 1/3 innings pitched this season. Standlee, a redshirt freshman, had probably his best outing of his young career in Sunday’s Big 12 Championship game against West Virginia, throwing a career-long seven innings where he allowed only one run.

There are a few Cowboys questionable for this weekend. Freshman second baseman Hueston Morrill took a pitch to the hand Sunday against West Virginia. Max Hewitt came on for Morrill after that.

In Saturday’s game against TCU, OSU catcher Bryce Carter took a foul tip off the mask and was later replaced by Jake Taylor. That’s the second time this season Carter has taken a foul ball to the mask. Carter took three at-bats as OSU’s DH the next day, going 0-for-3.

3. Pokes as Hot as Any Team in the Country

Since getting swept in Lubbock at the end of April, the Cowboys are 11-2.

In that time, OSU has swept the defending national champs on the road, won two of three Bedlam games, gone 2-0 against then-Big 12 leading Baylor and won the Big 12 tournament. OSU coach Josh Holliday said he credits the Cowboys hot streak to how they responded after that Texas Tech sweep.

“We could’ve gotten down about getting swept and acted miserable and felt sorry for ourselves, and we chose not to do that,” Holliday said after Sunday’s championship game. “We focused on getting better. The kids showed great character.”

Although the Bricktown Ballpark, the regional site, isn’t the Cowboys’ home field, they won four of those 11 games there and have played there six times in May. The Cowboys haven’t advanced past the regional round since 2016 (also the last time OSU made it to the CWS). Entering this regional as a heavy favorite, if the Cowboys do advance past it, they would likely get another shot at Texas Tech in Lubbock (also depending on if Tech wins its regional).

“Lubbock was a tough series,” Simpson said Monday. “Texas Tech is a good team, so that was a tough weekend. But I think we just stayed together. Sometimes teams get swept, and they’ll fall apart. They’ll start to do a downward spiral, but Texas Tech swept us, and we just said, ‘It’s over. We can’t do anything about it now.’ We just moved on and progressed through the season. I actually think it helped us a little bit because it kinda brought us together.”