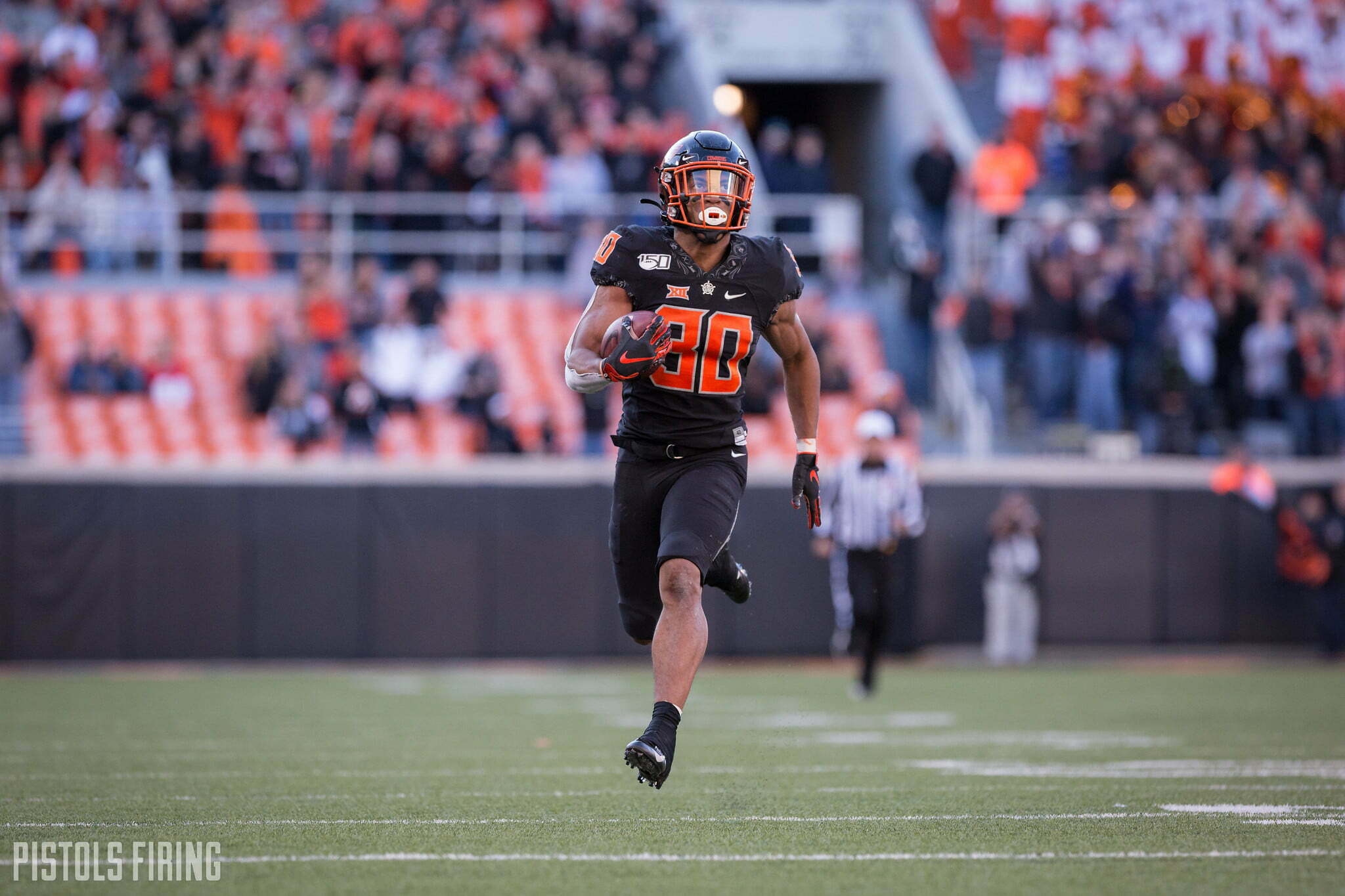 Chuba Hubbard may very well have played his final game inside Boone Pickens Stadium. If so, he didn’t get to end his time in Stillwater the way he probably wanted but there’s little arguing that over his 13 games played on Lewis Field. What he’s treated his home crowd to has been nothing short of amazing.

With his 104 rushing yards in the loss to Oklahoma, Chuba moves to 1,936 rushing yards on the year with the possibility of adding to that total in Oklahoma State’s bowl game. That means he’ll fall short of Barry Sanders’ record-breaking 2,850 rushing yards but places him at No. 2 on the Cowboys’ single-season rushing list.

Here’s a look at the current leaderboard.

The GOAT himself, who was live-tweeting the game, offered Chuba some encouragement beforehand.

And he didn’t disappoint early. Chuba put up 79 yards and a score in the first half as the Cowboys went into the intermission down 20-13. But as the Sooners’ defense loaded up to stop the run, OSU’s offense couldn’t make enough plays to keep itself (and Chuba) on the field. He totaled just 25 yards in the second half.

The redshirt sophomore — and nation’s leading rusher — did not take part in Saturday’s Senior Night festivities but will have to opportunity to gauge NFL’s teams’ interest before making a decision about next year.

Saturday’s game was marked 10 in a row of at least 100 yards rushing for Chuba, and he enters the postseason ranked among the top 10 in several all-time single-season categories at Oklahoma State.

His current total of 1,936 is the sixth-best season in Big 12 history and his 21 rushing TDs is T7. Through 12 games he’s sixth in scrimmage yards and scrimmage yards per game in the conference record books.

Unfortunately, while Chuba was productive, this is consecutive games when he was not his normal Chuba productive.

“He’s been fantastic,” said Gundy. “I do think he’s a little bit fatigued. The last three weeks or so, he’s not been as electrifying as he was earlier in the season, and the reason for that is wear and tear. We’ve had to ride that horse.”

You can blame that on the loss of the other two members of OSU’s Big 3 over the last few games with Tylan Wallace being lost for the season after eight games and Spencer Sanders going down three weeks ago against Kansas. It’s not that Chuba couldn’t shoulder the load, it’s about how defenses have played he and the Cowboys.

“He had a little bit of room early,” said Lincoln Riley. “We made a few adjustments, settled in a little bit and defended the run a little better as the game went on. I thought the d-line was pretty disruptive. There weren’t too many clean running lanes, especially after that first quarter. The few times he did get loose we did a good job of getting him on the ground. His longest was 22 yards. If you would have told us that before the game, we would have taken it.”

Specifically, the loss of a dynamic dual-threat like Sanders didn’t help Chuba or the Cowboys’ rushing game. In his two games not taking handoffs from the dangerous run threat at QB, Chuba has averaged just 4.2 yards per carry. In the first 10 games of the season, he was picking up 6.7 yards per pop.

Whether or not Chuba moves on this next spring to fulfill his dream of playing on Sundays remains to be seen. But for OSU fans the prospect of his junior season alongside an experience Spencer Sanders sounds rather appealing. Either way, if Chuba has played his last game in BPS, he’s already one of the greatest to ever do so.