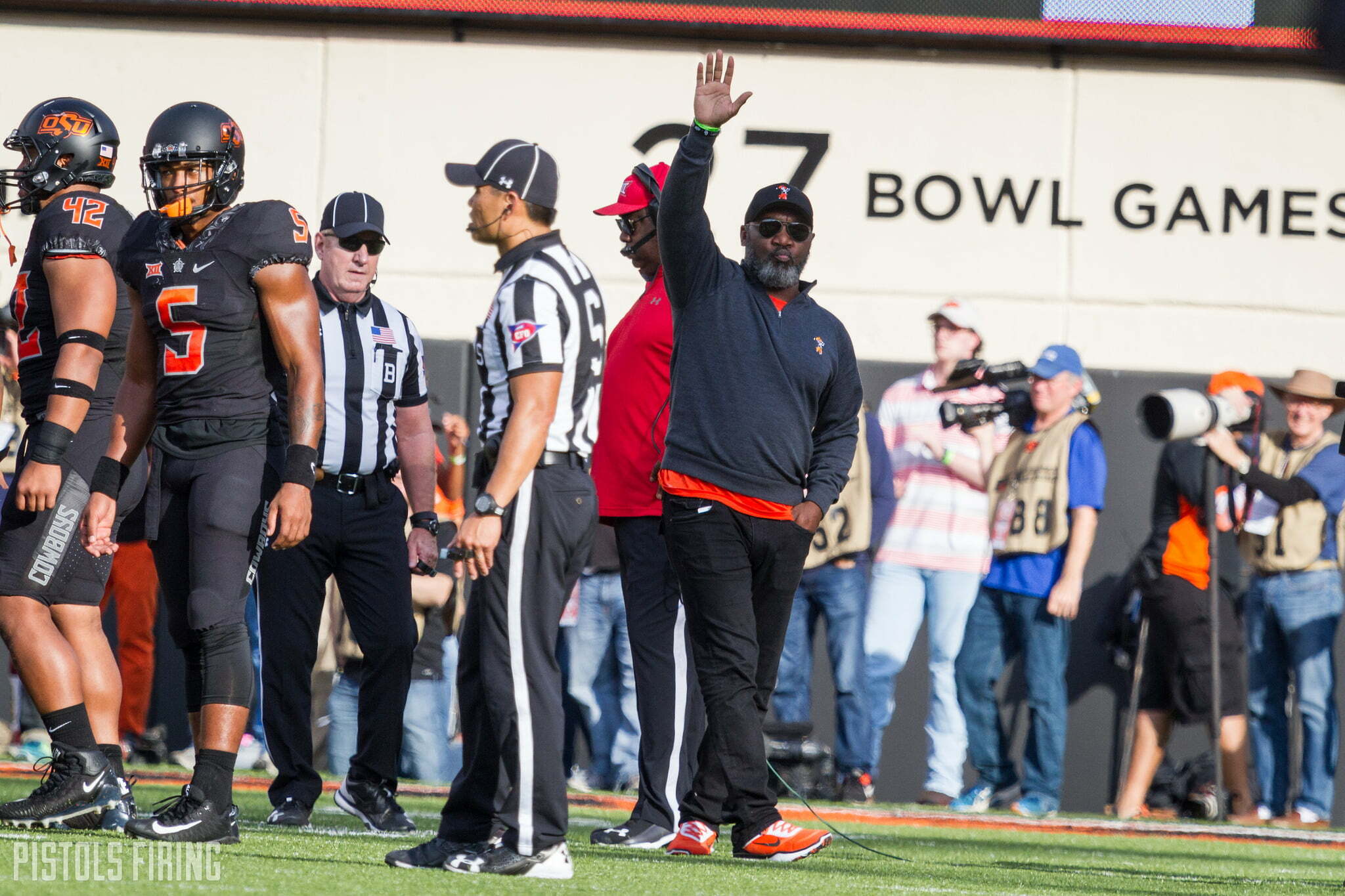 Oklahoma State is a university rich on tradition, and a new one will start Sept. 26.

OSU will create a Ring of Honor with the first inductee being all-time leading rusher Thurman Thomas, the university announced Tuesday. At halftime of OSU’s Big 12 opener against West Virginia, Thurman Thomas’ name and his No. 34 will be unveiled atop the west end zone in Boone Pickens Stadium.

The inaugural member of our Football Ring of Honor had to be @thurmanthomas. And the news just had to come from @JohnSmithOKST.

To go with the festivities, the Cowboys will wear a 1987 Sun Bowl replica jersey against West Virginia, honoring Thomas’ last game as a Cowboy.

Thomas played at OSU from 1984-87 where he accumulated a program-record 5,001 rushing yards. His 47 rushing TDs rank third in program history behind Barry Sanders (53) and Terry Miller (49). Thomas also owns OSU’s program record in rushing attempts with 989.

As a senior, Thomas ran for 1,767 yards and 21 touchdowns and finished seventh in Heisman voting.

Thomas was voted an All-American on three occasions. He was twice a Big Eight Offensive Player of the Year.

Thomas went on to have a Hall of Fame NFL career, where he amassed 12,074 yards and 65 touchdowns in 13 NFL seasons.