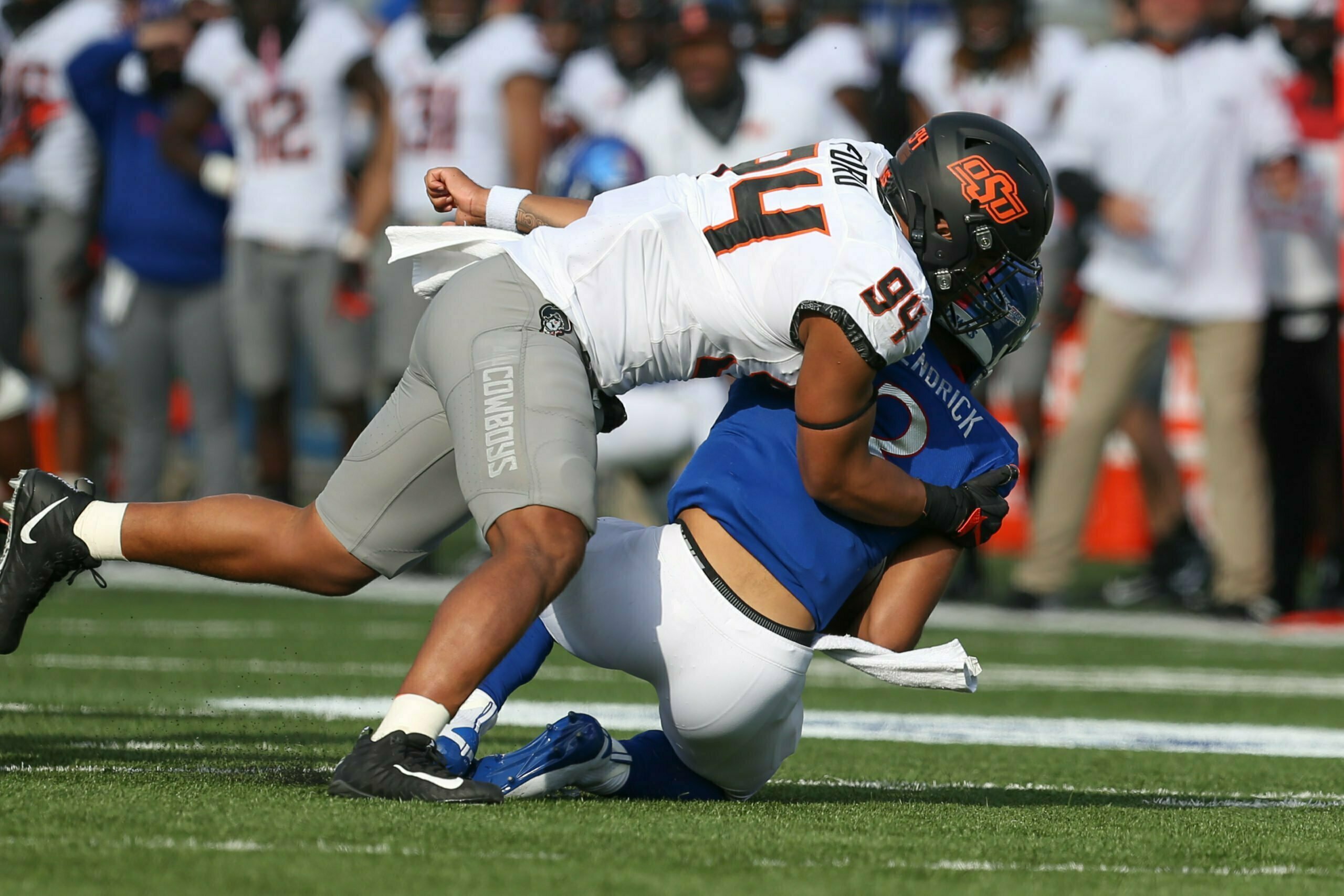 It sounds as if the Cowboys’ dominant edge rusher is going to be ready for the start of the season.

At Big 12 Media Days last week, Oklahoma State coach Mike Gundy said Trace Ford would be ready for the season after tearing his ACL against Baylor on Dec. 12.

“We held him out of spring football,” Gundy said, “but he’s competing in offseason and doing great.”

It’s hard to imagine Ford is entering his junior season in Stillwater after playing as a true freshman in 2019 and following that up with a solid sophomore outing before his knee injury in 2020.

Ford was second among Cowboys in sacks last season with 4.5. He also tied Malcolm Rodriguez for second on the team in forced fumbles. Even more, Ford has proven to be a menace for opposing quarterbacks to throw over, as his four pass breakups from 2020 tied safeties Kolby Harvell-Peel and Tre Sterling.

Ford will likely be a standout of a stacked position group for the Cowboys this season. Defensive line coaches Greg Richmond and Joe Bob Clements have stockpiled platoons of defensive linemen. Brock Martin, Israel Antwine, Tyler Lacy, Brendon Evers, Samuela Tuihalamaka, Sione Asi and Collin Clay are among the defensive linemen expected to make an impact for the Pokes this fall.

There isn’t a ton of room for young players to crack into that group, but if anyone were to do it, it would be Collin Oliver, who attended the same high school as Ford, Edmond Santa Fe.

Gundy said Oliver is up 21 pounds since arriving on campus as an early enrollee. Oliver is listed at 6-foot-2, 225 pounds in the OSU media guide.

“It’s hard to tell right now [how much playing time Oliver will get], but I will say we like him a lot,” Gundy said. “… He looks like a pass rusher. How he’ll hold up in August practices, we don’t know. But, I know that I’m excited that he’s part of our team. He was a really good get for us.”

So, there could be a time soon where former Santa Fe standouts are punishing opposing quarterbacks from either side, just like Ford did last year with Calvin Bundage, another Santa Fe alum.

Time will tell with Oliver, but Ford is a proven commodity with his 7.5 sacks through his first two seasons of college football. After getting healthy and developing physically for another year, look for Ford to challenge the “All-American prospect” tab Jim Knowles bestowed upon Ford ahead of last season.