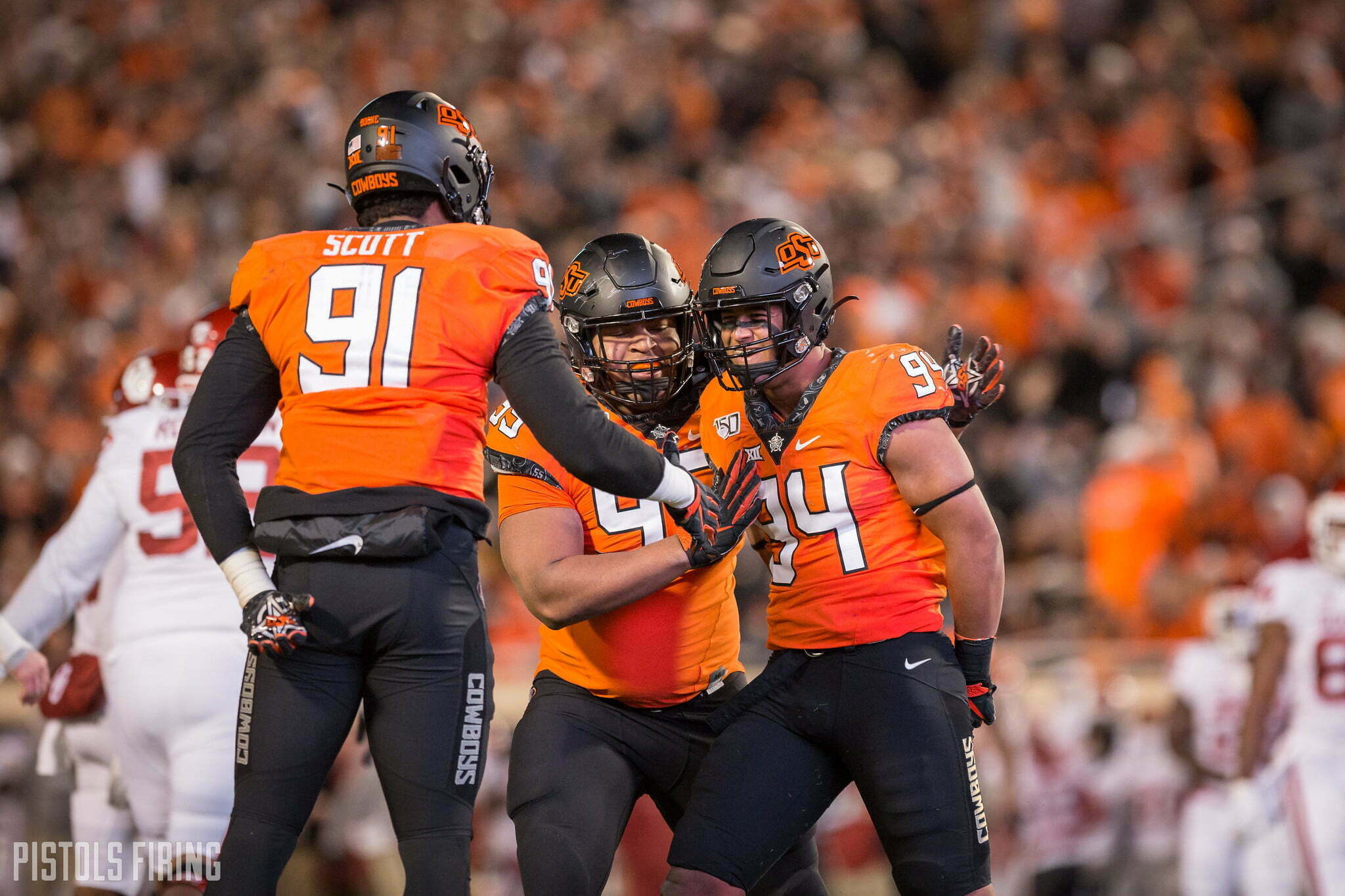 As a kid growing up in Edmond, Trace Ford said he liked both Oklahoma State and Oklahoma, but when Bedlam came around, he cheered for the underdog Cowboys.

Ford will get his second taste of Bedlam on Saturday after starting in the game for OSU as a true freshman last season. He finished that game with four tackles, including a sack against Jalen Hurts. He was also credited with a QB hurry.

“It definitely lived up to what I thought it was,” Ford said. “It was definitely nerve-wracking. I don’t think I’ve ever been so nervous in my life, playing in that game. I think it was everything that I thought it would be. It was exciting. It was fun. It was kind of like a dream come true, kind of like a movie. I didn’t really believe it was happening until after the game. I was like, ‘Wow, I just played in a Bedlam game.'”

Despite the game living up to Ford’s billing, the Cowboys still fell 34-16 to the Sooners.

Ford said he is entering this year’s Bedlam calmer than he did last season with the experience he has gained.

“OU’s not like a fairytale to me anymore,” he said. “It’s just another game.”

Ford has been a star on the Cowboys’ star-studded 2020 defense. He has three sacks which is tied for second among Cowboys, but his 27 sack yards lead the team.

Listed as a defensive end, Ford is second on the team with four pass breakups behind only Rodarius Williams. Ford’s highlight play of the season came when he stripped West Virginia quarterback Jarret Doege, and Tyren Irby ran the fumble back for a touchdown.

Putting pressure on quarterbacks is something Ford has been good at in his young career. It’s something he said he thinks is important to disrupt OU freshman QB Spencer Rattler on Saturday.

A loss Saturday would likely take the Cowboys out of the Big 12 title race, but a win would put the Pokes in the driver’s seat to make it to Arlington for the first time. It would also all but eliminate their Bedlam rival’s chances of meeting the Cowboys there.

“We all know what this game means to us and what’s at stake here,” Ford said. “The locker room all week, since last week, has been filled with energy. Practice has definitely been more intense. Everyone’s going a lot harder, balls to the wall. We know what we have at stake. We know we’re a good team, and we’re good enough to easily beat them. We know. We know what’s going on.