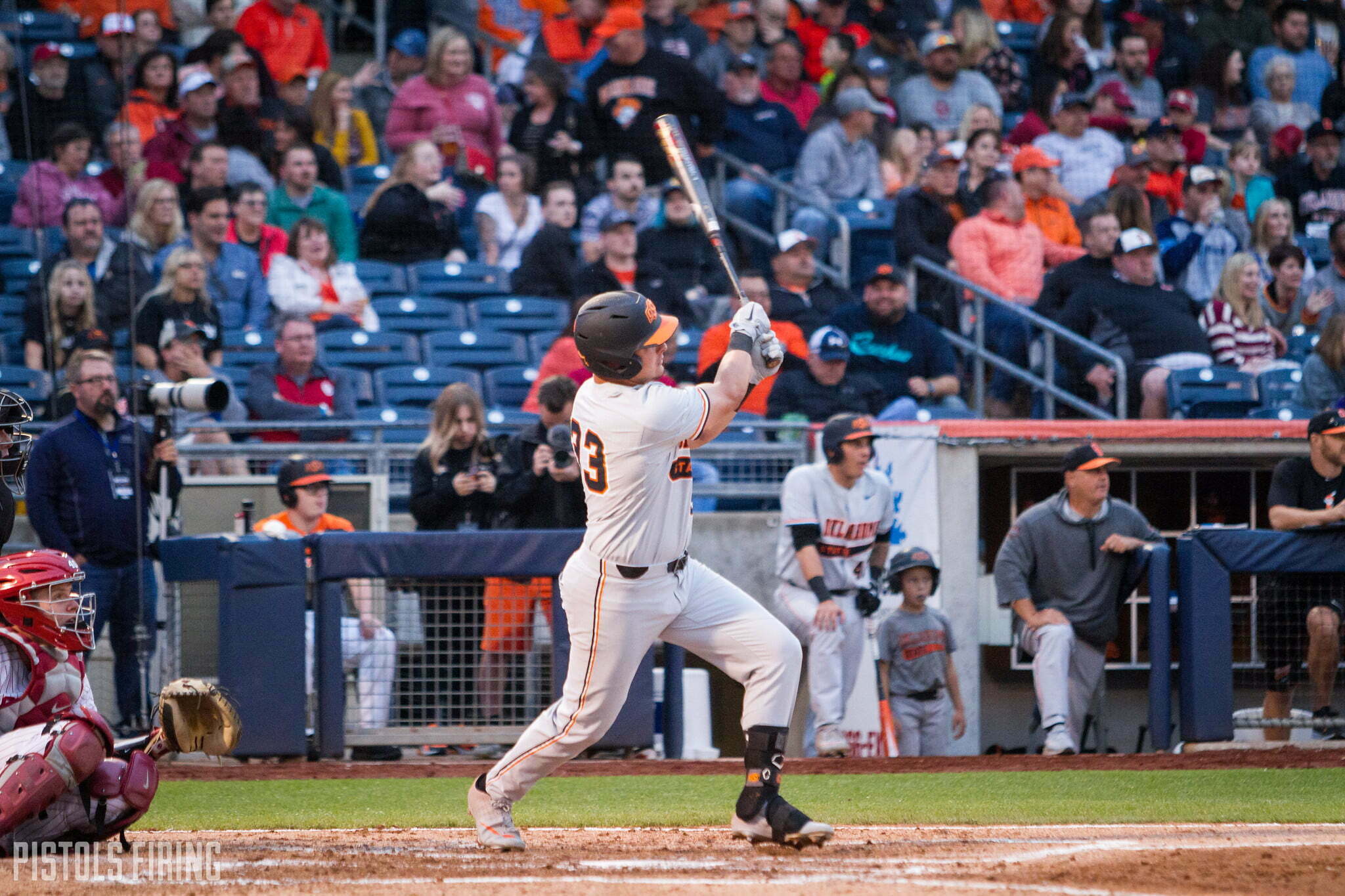 Oklahoma State’s season is far from over, but there’s nothing wrong with taking a beat to revel in your accomplishments.

On Wednesday night, the Cowboys are in Oklahoma City to kick off the Big 12 Tournament and further build on their postseason resume. On Tuesday, several of them were honored by the league when the all-Big 12 teams were announced, as voted by head coaches.

Trevor Boone followed his 2018 honorable mention by earning first-team honors. The junior outfielder leads the league in home runs (18) and slugging percentage (.675) and is among the top five in RBIs (46) and total bases (118) while holding a .297 batting average. Against Kansas and Texas, he dropped three “Boone bombs” each, setting an OSU record for a career with now three different games with at least three homers.

Four Cowboys were named to the conference’s second team with Jensen Elliott, Christian Funk, Andrew Navigato, and Colin Simpson being voted in.

Elliott is 8-3 as a starter this season and 5-3 in Big 12 games. His eight wins is T-1st in the league with five conference wins coming in second to only Texas Tech’s Caleb Kilian. In 81.2 innings pitched, the junior right-hander holds a 3.86 ERA.

Navigato, the transfer from Cuesta Community College, has added 12 home runs of his own. His 27 runs scored leads the conference in league play.

Colin Simpson, also with 12 home runs, earned his third all-conference honors of his career. He was named to the second-team last season and honorable mention in 2017. The senior holds a season-long batting average of .246 and has batted in 45 runs, including a league-leading 27 in conference play.