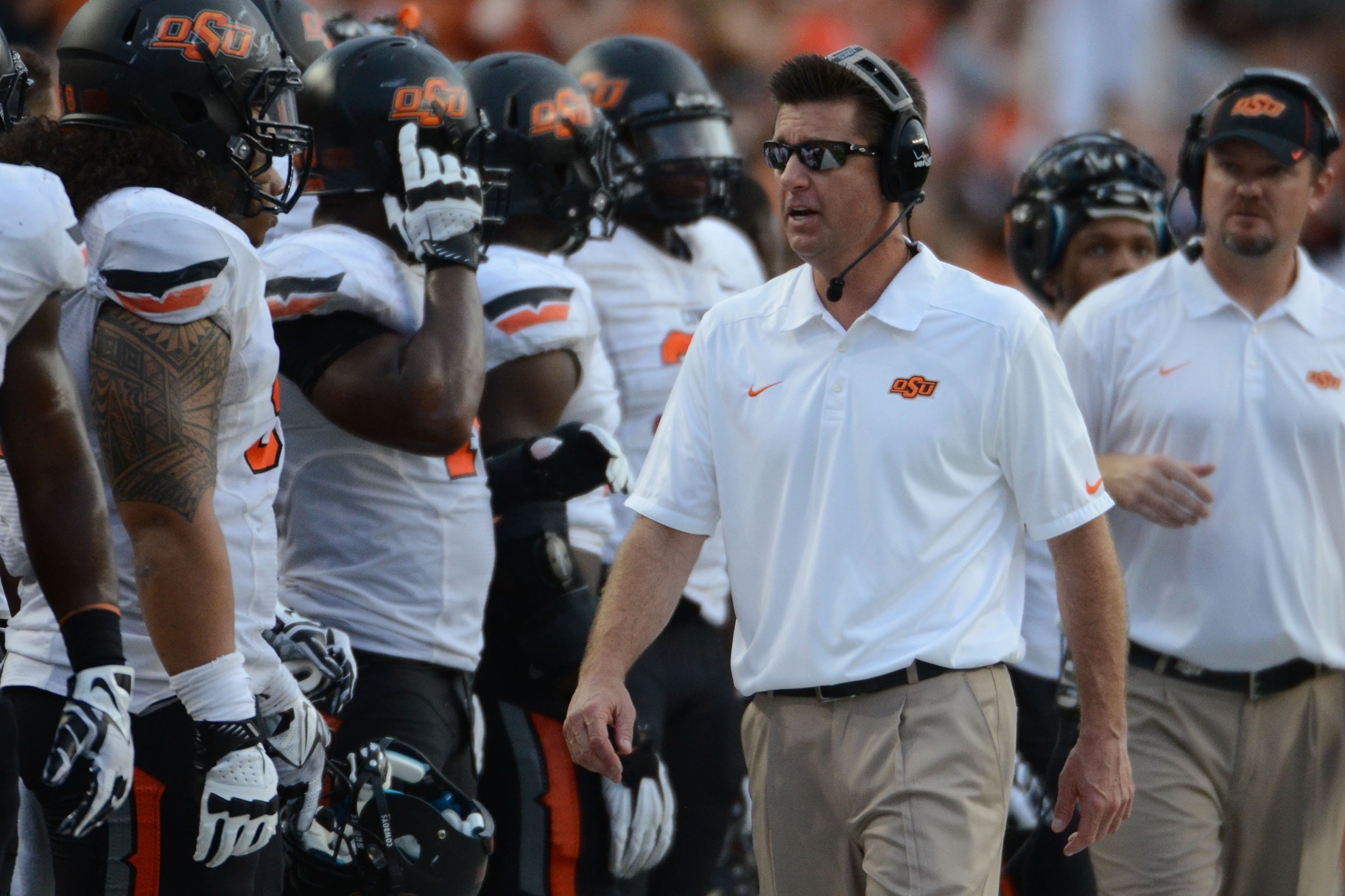 Not after the West Virginia game, not after that soulless loss to Dana and his six broken headsets in Morgantown.

And why should I have?

OSU was starting a quarterback with a pool noodle for a right arm and a running back who had just averaged 2.4 inches per carry and had just lost to one of the three worst teams in the Big 12.

Nothing about that was encouraging.

I wrote this after that game:

This OSU team was never going 12-0 — if you thought that you were (and probably are) delusional — and at No. 11 I thought it was a little bit overrated. But it’s not as bad as it played today. It’s an above average team that played a very poor game. As a fan, sometimes that’s the most frustrating kind of team to root for.

Except that it’s not an above average team. It’s a really good team that has a chance to go to the Fiesta Bowl with two wins at home to end the season.

Mike Gundy has never talked explicitly about “the process” — that thing Nick Saban worships and allows him to keep pumping out conference and national titles. But you’d be a fool to think Gundy didn’t have his own in place.

Here is his mantra, the one he voiced at his press conference for Baylor on Monday:

“We’re not good enough to think past one day.”

That’s always been his thing. OSU has never recruited good enough players to be devoted to anything but whatever Gundy’s process is.[1. Part good ol’ boy, part Les Miles magic, part “I wear sunglasses at night in Austin because I DO NOT CARE,”] That Saban rounds up top five classes AND holds their noses to the grindstone is a spectacular feat that only an otherworldly alien could accomplish. Gundy is the next best thing.

Gundy’s process — not whatever Sports Illustrated wants you to think — is why OSU could go from 4-7 and a near loss to Montana State in 2005 to the precipice of two Big 12 championships in three years in eight years.

Boone’s money and Holder’s power is some of it, but none of this is anything without Gundy’s guidance.

It’s the same thing Jimbo Fisher is implementing in Tallahassee. Art Briles in Waco, too, for that matter.

And I think after that WVU game I went into “same old, same old” mode and wanted to think this was going to be just like 2009 or 2007. But it’s not. It’s most definitely not. Gundy has actually built something legitimate in Stillwater.

He said as much on Monday.

“Once we played so poorly at West Virginia, our message to the plays was each week they have to go out and compete no matter what’s in line. You have to win one to get to the next, and that’s the way that we’ve had to play for a month and a half. So it’s been the same message each week.”

The part that’s crazy to me is this: Say OSU beats Baylor and OU to win the Big 12 title. That would mean in the last three years OSU was kept from 12-0 seasons by two teams it was a combined 48-point favorite against. So that’s fun.

But beyond that I think this is a program OSU fans can finally trust. That’s not to say OSU is going to go out and stroke Baylor on Saturday or go 10-2 every year but in a general sense this is a thing you can buy into.

“But last year!” you might be saying. True, 8-5 wasn’t an ideal season but I think that was more of a statistical anomaly than it was anything else. That was a 9-3ish team — I think that’s what you can expect year in and year out.

When Berry Tramel asked Gundy on Monday if he thought his name would come up in off-season coaching job rumors, his answer reverberated universally throughout Cowboy Nation: