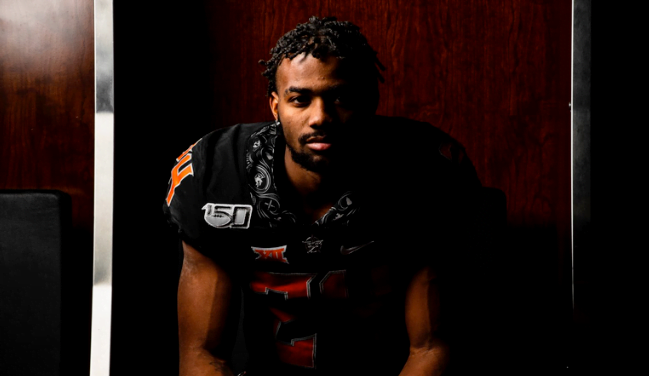 Four-star Class of 2021 athlete AJ Green, a Tulsa Union standout, announced Thursday he will make his college commitment this weekend on Sunday, June 14.

Green has a final eight of OSU, Arkansas, Baylor, LSU, Michigan, Oklahoma, South Carolina and Texas Tech, but many anticipate it’s an unofficial three-man race between OU, OSU and Arkansas. The Razorbacks lead in his 247Sports crystal ball.

Green is being recruited by many as a cornerback because of his speed, but OSU is recruiting him as a running back. He has elite top-end speed — last year he won state as a 100M sprinter, recording a 10.52 in the competition — and has the vision to complement it.

OSU already holds one commitment at running back this cycle from Jaden Nixon, a similarly sized ball-carrier, who himself is a sprinter.

The Pokes are also in the mix still with Cam’Ron Valdez, Logan Diggs and Alton McCaskill, all uncommitted running backs this cycle who have OSU offers and have shown interest. They’re expected to take at minimum of two running backs this cycle to offset the loss of Chuba Hubbard and LD Brown, so a potential miss on Green isn’t a death knell for the position with several targets still on the board.