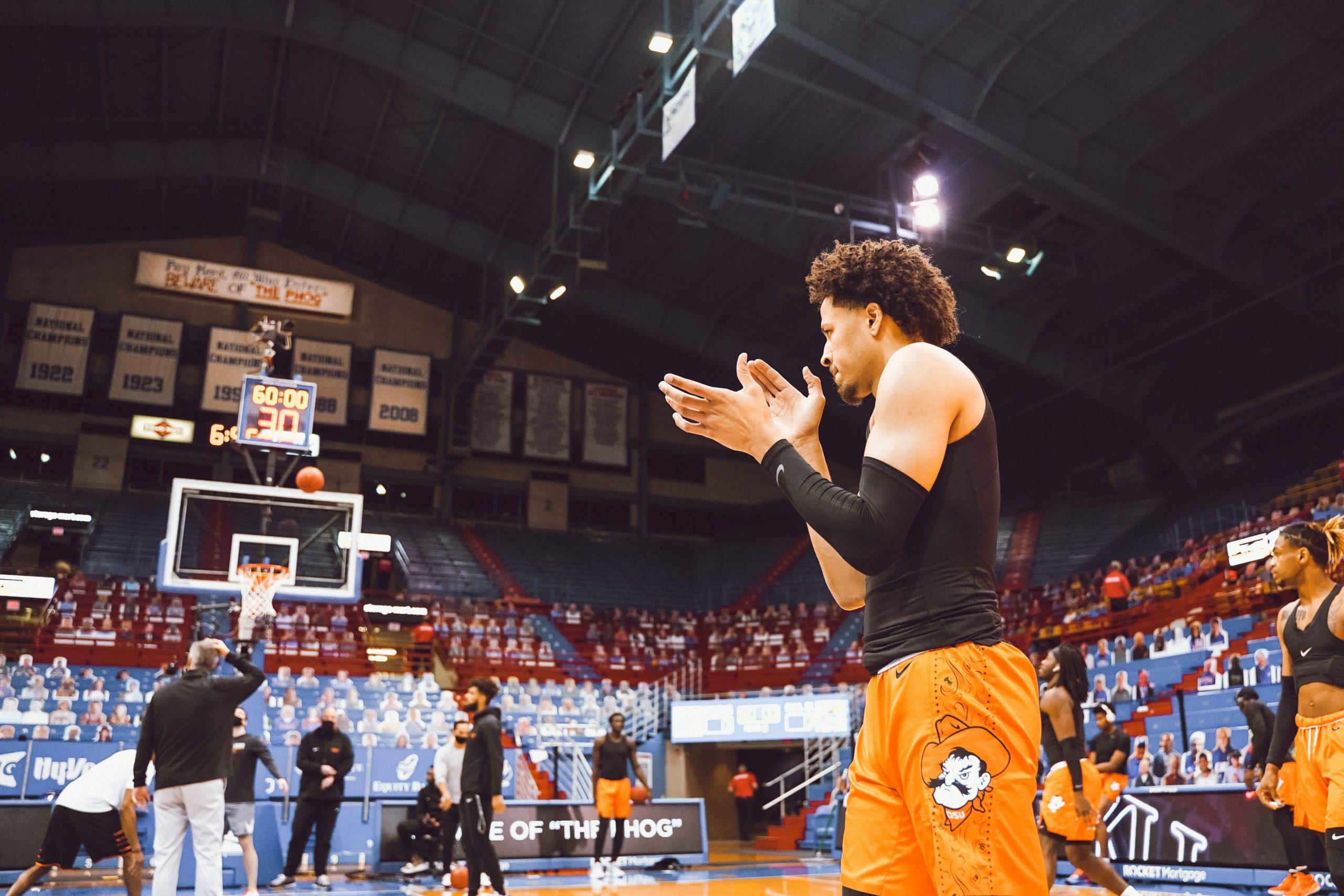 Oklahoma State has a problematic approach to taking care of the basketball: It simply does not.

Its turnover rate of nearly 21% is only better than Iowa State and Kansas State within the Big 12 and in the bottom 10 percentile among all power conference teams. Against Kansas on Monday, the Cowboys committed 18 turnovers. So as OSU continues to build its case for an at-large bid, it is doing so despite giving the ball away at an unsustainably, and maddening, rate.

“We need to practice,” said Mike Boynton. “We had some turnover issues earlier in the year, and then we had some really good practices where we were able to focus on holding them more accountable to it. One of the challenges when you don’t have practices, and this isn’t an excuse, we really couldn’t do much about all the turnovers Saturday because we just had to try to get ready for the game today, other than watch some film. That’s on us. We got to get better in that area, for sure.”

It’d be one thing if OSU was simply not good at applying defensive pressure, or at creating off the dribble, or at shooting layups or blocking shots. Those are weaknesses that can take hold because of roster construction. It’s quite another to be held back by your own mistakes, to let boneheaded decision-making cripple your gameplan.

Some of those errant passes are avoidable. An Avery Anderson failed behind-the-back pass against Kansas comes to mind. Some are bad entry passes, with the guard taking horrid angles. Others are just mental lapses. They add up to a significant flaw on a team whose strength was supposed to be on guard play led by Cade Cunningham and Isaac Likekele.

“That’s probably been our Achilles heel,” said Cunningham after the Kansas game. “It definitely starts with me. Looking at the numbers the last few games, I probably lead the country in turnovers. I have the ball in my hands a bunch throughout the game. I’m asked to make a lot of plays, and that’s what I ask for. I want the ball in my hands, so limiting those turnovers and making sure that my team is getting shots every trip, that’s huge for us.”

OSU’s upcoming tests against Kansas State and Iowa State will be welcome exhibitions, as neither team forces turnovers at a high rate. But Baylor looms Feb. 20, its defense ranking third in turnover-rate forced, third in adjusted efficiency and third in steal rate.

There’s probably not a lot of time to make marked improvement in taking care of the ball before that bout, but it’s something OSU should be keenly aware of. Good guard play can win you games in the NCAA Tournament. With the way OSU’s guards have played of late, it’s a reminder that bad guard play can lose you games in big spots, too.