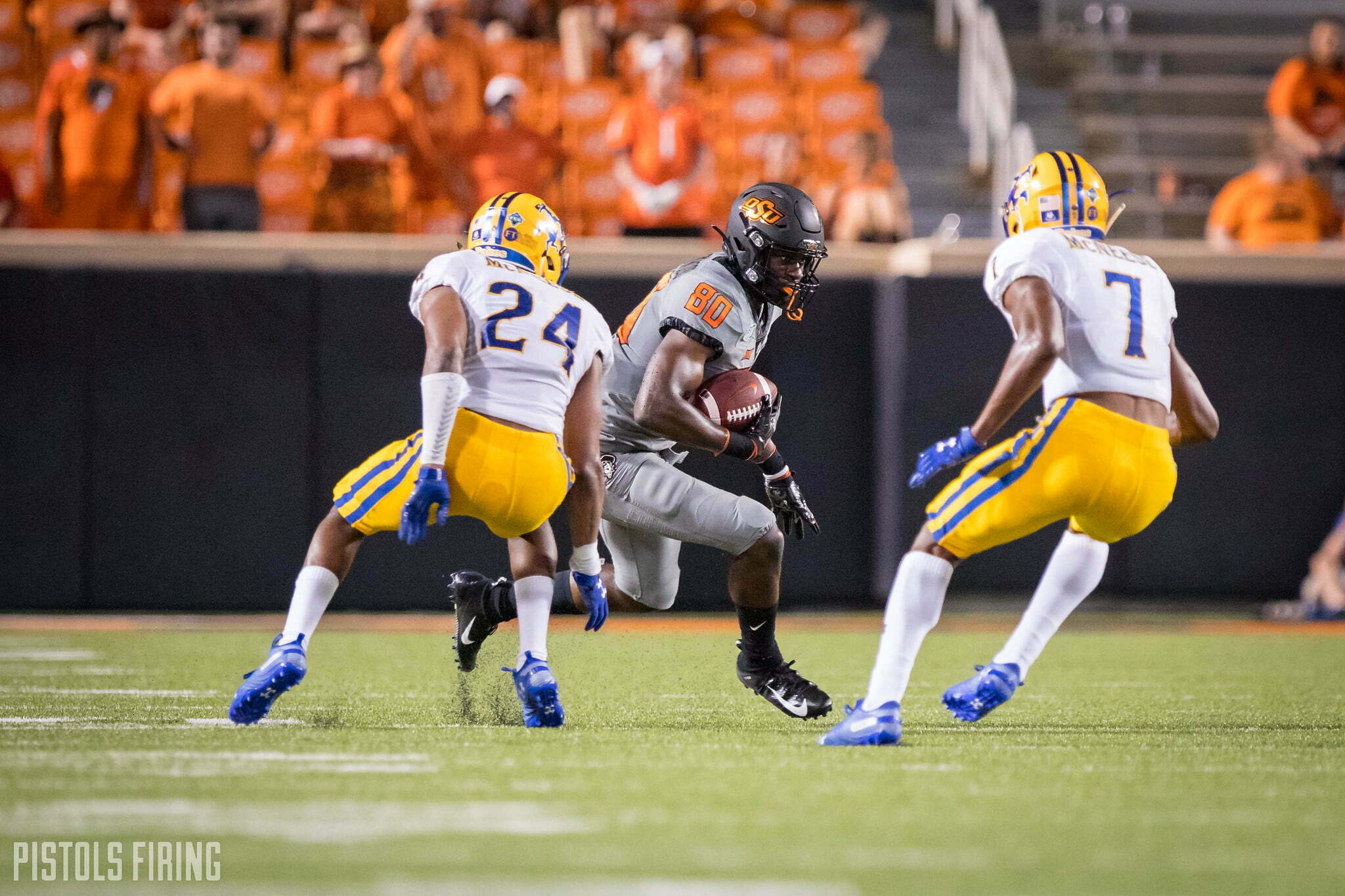 Oklahoma State’s list of to-be transfers has grown by two over the past few days.

Tyrell Alexander announced his decision to enter the transfer portal on Tuesday, and LC Greenwood entered the portal Thursday, according the 247 Sports’ Cody Nagel.

Both are receivers and funnily enough both had tried their hands at defense during their time in Stillwater.

Alexander just rapped up his redshirt junior season. He played in 11 games this season, but didn’t have a catch.

He was part of OSU’s 2016 class, picking the Pokes over offers from Arkansas, Arizona State, Baylor and others. After redshirting in 2016, Alexander played in six games as a redshirt freshman where he had two catches for 68 yards.

In 2018, Alexander switched to corner back. He played in every game, with much of his work coming on special teams, before transitioning back to receiver this past season.

Alexander will be a graduate transfer and thus be immediately eligible.

This spring Greenwood was working with OSU’s linebackers, but he reemerged as a receiver this fall.

Part of the Pokes 2017 class, Greenwood picked OSU over offers from Kansas, Mississippi State, Wisconsin and others. He redshirted in 2017 and played in three games in 2018.

He played in six games in 2019 as a redshirt sophomore. He had three catches for 12 yards, all coming in OSU’s blowout win against McNeese.

Alexander and Greenwood make 11 OSU players to enter the portal. They join Patrick McKaufman as former OSU receivers in the portal. If there is one position group that could take that hit, it’s offensive coordinator Kasey Dunn’s receivers.

The position group returns Tylan Wallace, Dillon Stoner, Braydon Johnson and Landon Wolf, who all played heavy roles for OSU last year. The Cowboys also have C.J. Moore, Langston Anderson and Jonathan Shepherd as high-potential depth pieces. And on top of all of that, the Pokes brought in Matt Polk, Rashod Owens and Brennan Presley in with their 2020 class.