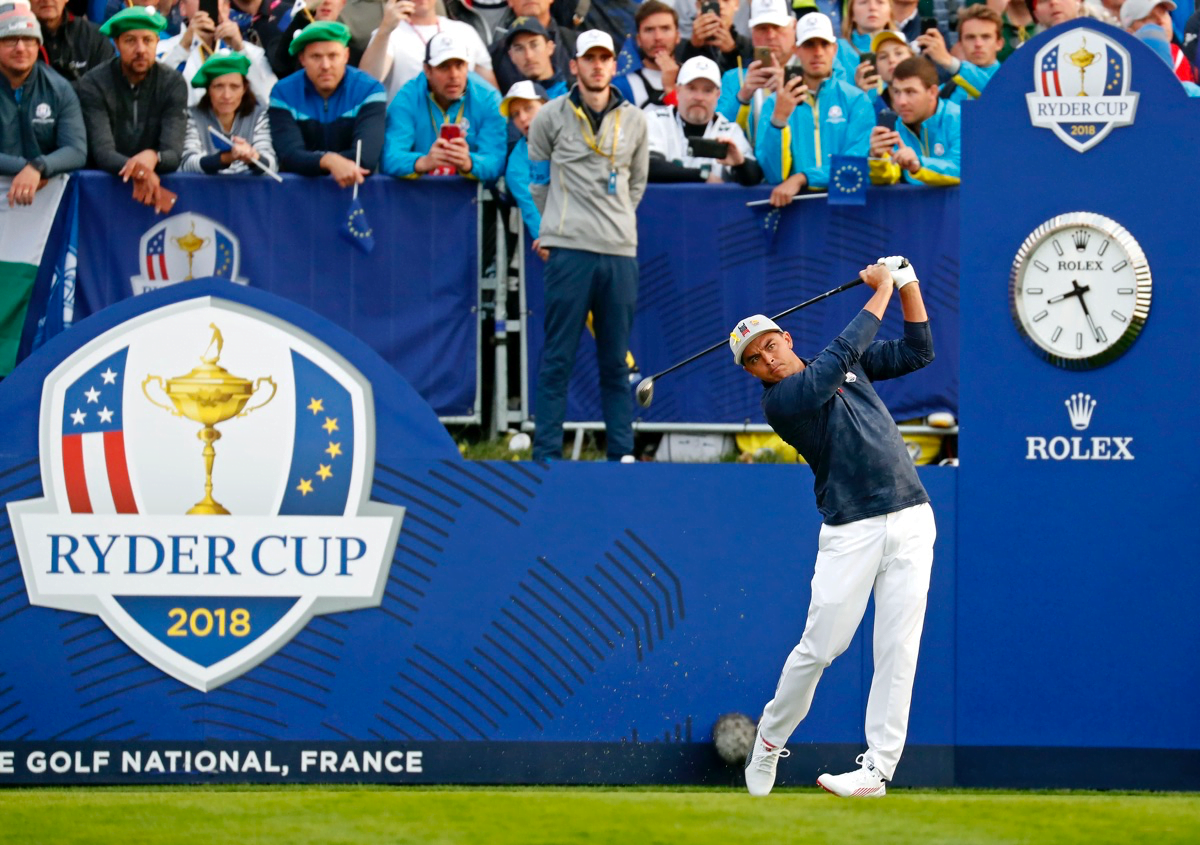 At 2:30 a.m. on Friday, as I fumbled for a liter of coffee, I flipped on the TV looking for some American dominance early at the 2018 Ryder Cup in Paris. That’s exactly what I got (never mind that I should have flipped my TV off at 8 a.m. — we’ll get to that).

The Yanks won three of four matches early, and Rickie Fowler helped them to the rout by pairing with Dustin Johnson to take down Thorbjorn Olesen and the artist formerly known as Rory McIlroy.

Fowler poured in four birdies, the Americans won 4 and 2 and it looked as if Europe may get run out off the course for the second straight Cup.

Then came the afternoon. It was quite possibly the biggest dusting of a Ryder Cup team in a single session in the history of the event. Europe won the foursomes matches 4-0, led for 54 of 60 holes and none of the matches reached the 17th hole.

Fowler and DJ were on the receiving end of a thrashing from lions Justin Rose and Henrik Stenson, and they played the 16 holes they saw in 3 over. It was, gulp, one of the better American scores of the afternoon.

The good news if you’re an OSU fan is that there’s still somebody to cheer for on the European side. Former Poke Alex Noren teamed up with one of the great Ryder Cuppers of all time, Sergio Garcia, and boat raced Phil Mickelson and Bryson DeChambeau, 5 and 4. It wasn’t even remotely close.

2 putts for the win…

Alex Noren only needs one. pic.twitter.com/KW4ueddPFT

Noren (playing his first ever Ryder Cup match) teamed with Garcia to shoot 3 under through 14 holes of alternate shot play and made the turn 7 up on the Lefty-DeChambeau duo.

“I’m so happy, just to get it out of the way, you know, get a good point and playing with Sergio is fantastic,” said Noren. “Yeah, it means a lot to just be on the team and make a point.”

“I get so lucky,” said Garcia. “I get paired with amazing partners every time. I think we played the front nine, we played some amazing golf. A couple shots here and there on the back nine, but I think we held on well. I think Alex was a rock. I helped him a little bit here and there and it was great to get a point.”

Europe got five of them in the Friday matches to the USA’s three. Noren will sit the Saturday morning session, but Fowler will go back out with DJ against Paul Casey and Tyrrell Hatton at 1:25 a.m. The stars and stripes need a jolt.

“It looks like we’re going to be down 5-3, which, you know, it’s not a bad position,” said Fowler on Friday evening in Paris. “We’d much rather be flipped where we were up 5-3. But there’s still a lot of golf to be played. And I know the team’s going to be hungry and ready to go tomorrow.”