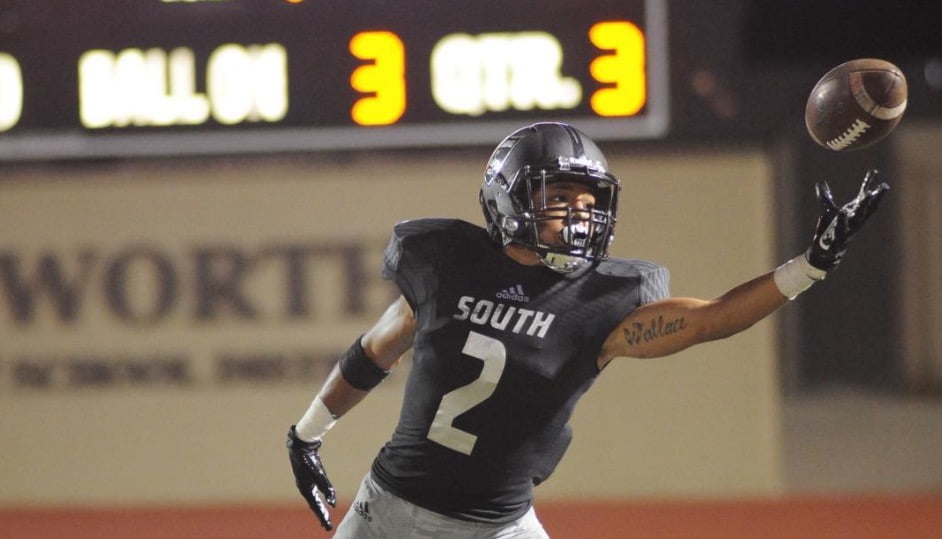 If you were a four-star wide receiver, wouldn’t you literally jump at the chance to start your collegiate with an established, record-setting QB like Mason Rudolph?

Well, Oklahoma State’s top-rated recruit Tylan Wallace (No. 73 on the ESPN 300 ranking) just happens to be in that boat and is thrilled about the announcement that Mason Rudolph and James Washington will be returning for their senior seasons, as he told ESPN’s Jeremy Crabtree.

“It’s going to help me a lot to be able to learn from a guy like James,” said Wallace. “He can break it down for me like nobody else can and that will only help me as a player. And I can’t wait to catch passes from Mason.”

The Cowboys, who have a chance to end the season on a good note with an Alamo Bowl win Thursday night, should be set to make another run at a Big 12 title with a ton of returning (and incoming) playmakers on offense.