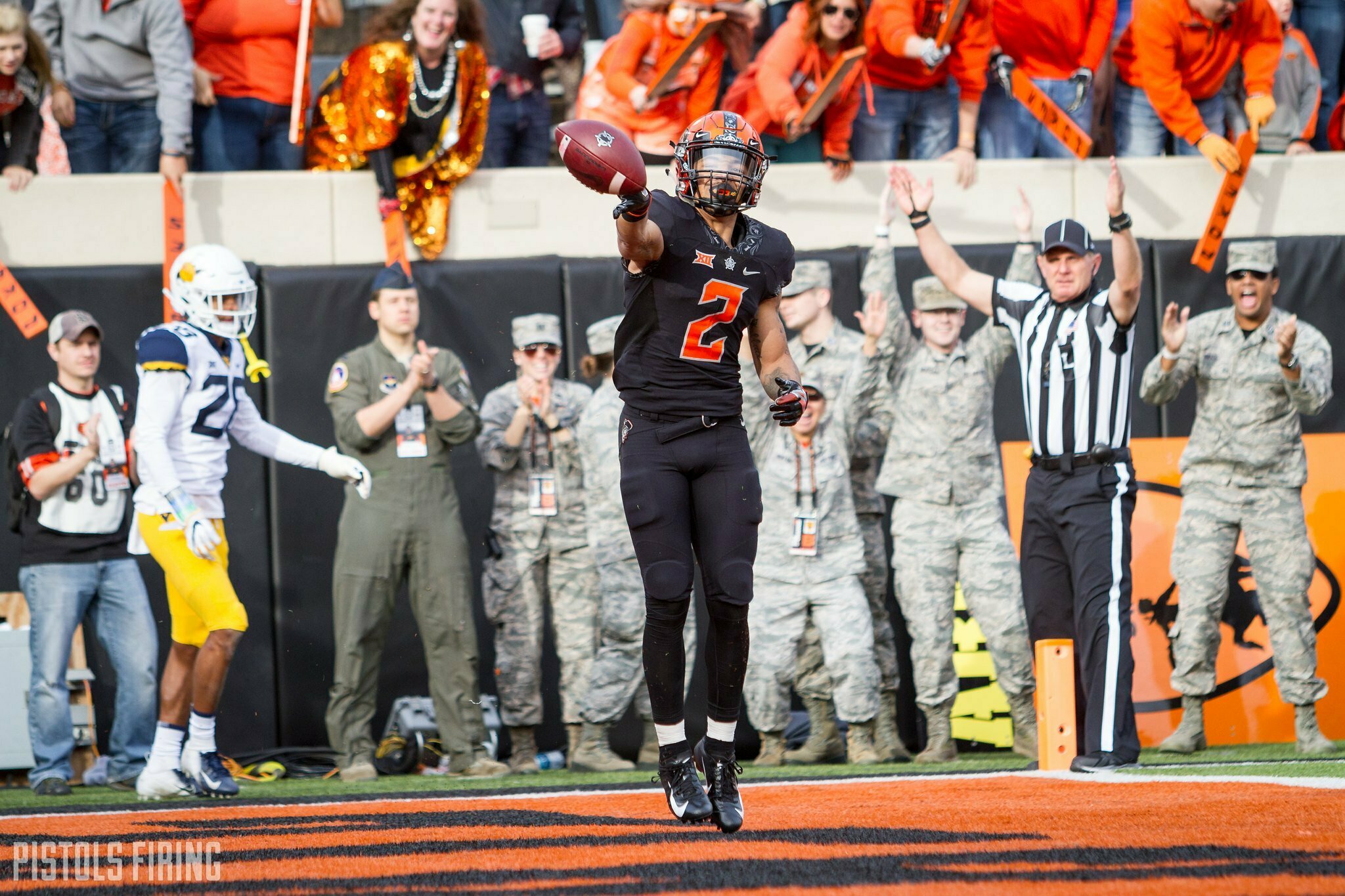 Tylan Wallace is trading his checks for three stripes.

Wallace, now a former Oklahoma State receiver, announced he signed with Adidas on Monday night. Signing with Adidas might be becoming a trend for former OSU pass catchers, as James Washington signed with the apparel company in 2018.

In four seasons with the Cowboys, Wallace caught 205 passes for 3,434 yards and 26 touchdowns.

Injuries hampered his junior and senior seasons, though he still combined for 1,825 yards and 14 touchdowns those years. However his most outstanding season came as a sophomore in 2018, where Wallace was a Biletnikoff finalist after catching 86 passes for 1,491 yards and 12 touchdowns.

CBS Sports’ Chris Trapasso has Wallace going in the second round of the upcoming NFL Draft (April 29-May 1), going 58th overall to the Baltimore Ravens.