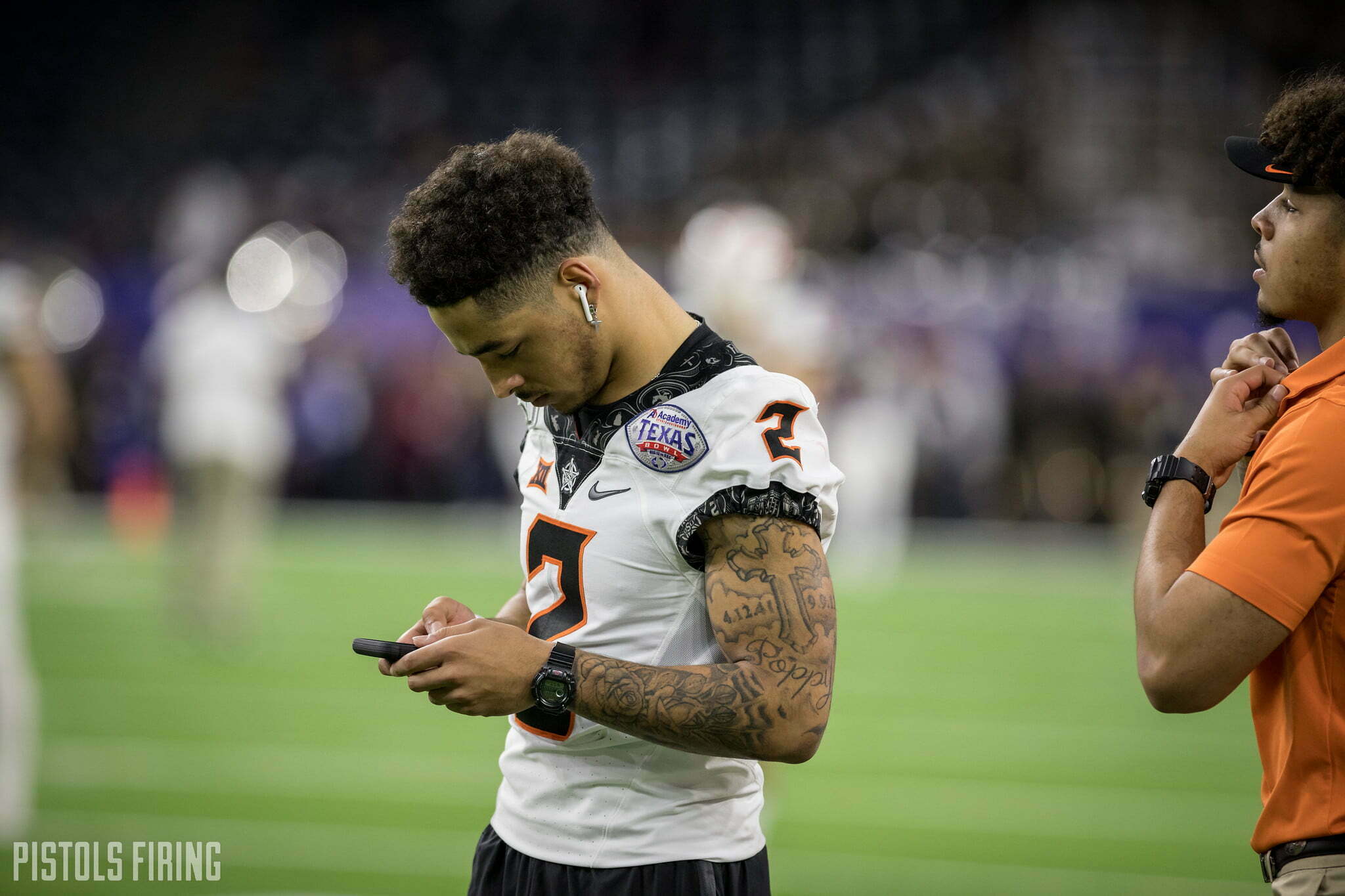 The NFL Draft is a rollercoaster of emotions for those involved in it, especially the longer your name goes uncalled.

There’s the nerve-racking experience of watching player after player in your position get selected ahead of you, followed (hopefully) by an eruption of elation then a wave of relief after your phone finally rings.

Welcome to Tylan Wallace’s life right now. He’s stuck in the former and very close to the latter.

The former Biletnikoff finalist sat and watched as five wide receivers came off the board on Day 1, but few tabbed him as a first round pick. But then he spent Friday night watching a pair of runs on receivers — five in the second round and then five more in the third — while he remained unclaimed. Once the nearly five hours of soul-sucking waiting were over it was time to try to get some sleep so you can it all over on Saturday.

Fifteen wide receivers have been drafted and all were considered a better fit, or weapon, or prospect than one of the top wideouts in the country the last three seasons.

Tylan’s as NFL ready as they come. He’s not the biggest or the fastest, but he plays bigger and faster than the numbers show. His injury history surely had a hand in the productive superstar being relegated now to a Day 3 pick. But when you get to the late third round, teams are taking projects and developmental pieces.

Following his breakout sophomore season (1,491 yards, 12 touchdowns and a trip to the Biletnikoff ceremony), Tylan was on his way to claim that trophy when an ACL injury planted him on the sidelines after eight games. He chose to return instead of making the NFL leap and was right back to his old ways, leading the Big 12 in receiving yards in a COVID-shortened season.

He showed out at the Senior Bowl practices but, like all prospects, missed out on the rest of the pre-draft exhibitions — mainly the Scouting Combine. I’m still not sure if the aberrations of this offseason leveled the field or muddied the water. This will be a fascinating draft to revisit five or 10 years down the road.

But I’m sure Tylan’s not concerned with all of that. He’d like to just know where he’s headed. He should find out sometime early on Saturday and whichever team pulls the trigger has him fall in their lap will be getting a potential sleeper and possible star.