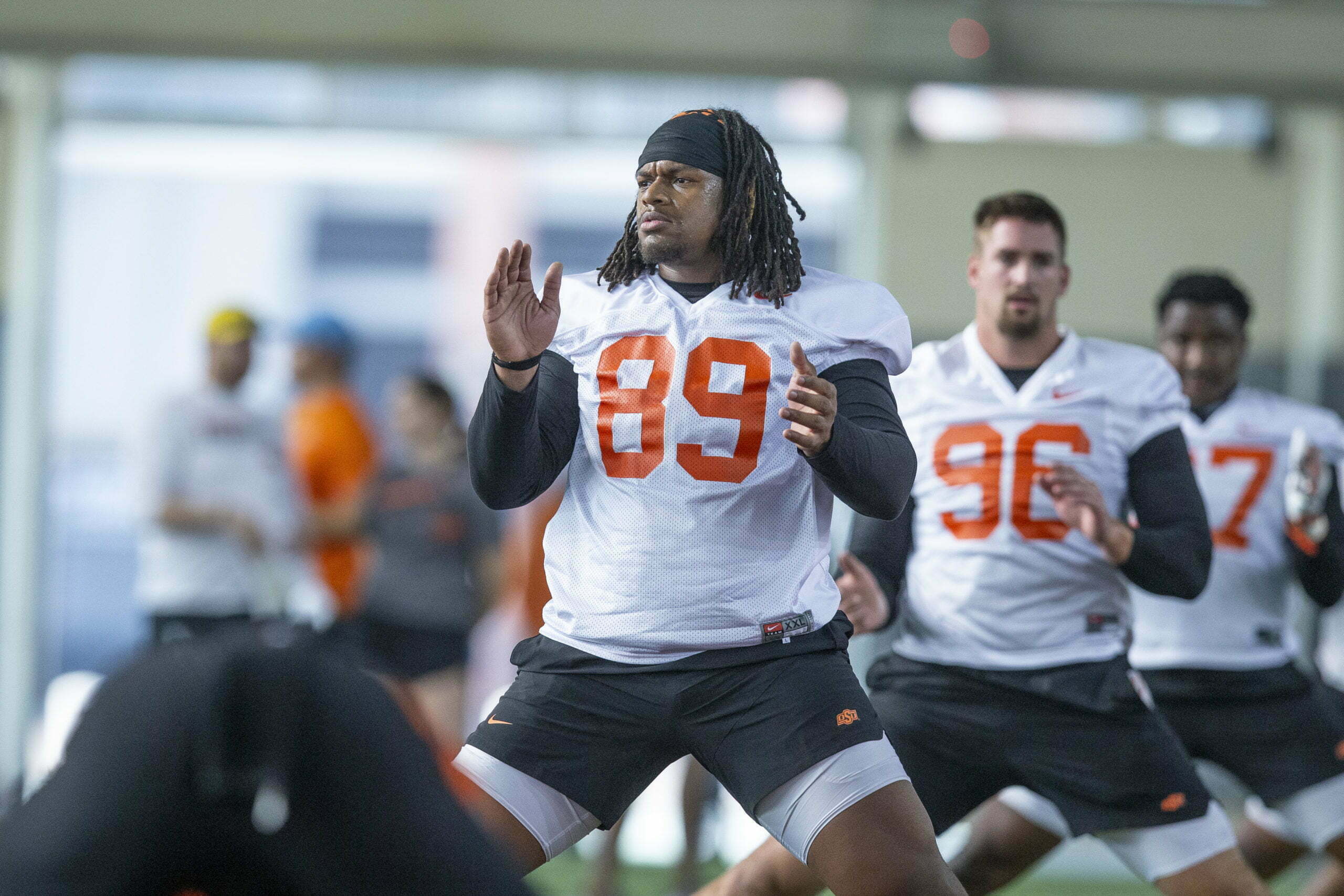 STILLWATER — There might not be a more physically imposing player on the Cowboys’ defense than Tyler Lacy.

The Cowboys are deep along the defensive front in 2021 with platoons of guys Jim Knowles could swap out whenever he feels, but when speaking with the media early in fall camp, Knowles pointed to Lacy as a guy primed to take on a bigger role.

Lacy led the Cowboys’ defensive linemen with 32 tackles in 2020. He had eight tackles for loss, which ranked third on the team, and his four sacks ranked behind only Calvin Bundage (seven) and Trace Ford (4.5).

Lacy has the size to play on the interior or edge of the Pokes’ defensive line. He’s listed as a defensive end, but his listed weight would put him in the upper half of the Cowboys’ 12 defensive tackles. His towering size no doubt helps Lacy in run defense, but Knowles said he wants to see Lacy terrorize quarterbacks more in 2021.

“Pass rush — he’s a big guy, and he handles the run real well and does OK against the pass,” Knowles said. “We need to get him to become a dominant pass-rusher because he’s got the size and the speed to do it.”

Lacy came to Oklahoma State by way of Sachse, Texas, in the 2018 recruiting class. He was the No. 842 player in his class and chose OSU over offers from Houston, Texas Tech, SMU, North Texas and others. Seems like a classic “Mike Gundy turns three stars into four stars” type guy. That is until Texas made a late push in his recruitment that the Cowboys were able to fend off.

Lacy is now a cornerstone on a defense with hopes of making it do the Big 12 Championship game. With 21 starts under his belt, Lacy isn’t a household name because of how deep the Pokes are in the trenches, but by season’s end, he might be, especially if the defense as a whole can better an already good 2020.

“We’ve all got the same goals in mind this season,” Lacy said. “Last season was like, we could’ve been better than that. I feel like now we actually see that, ‘Hey, we can really strive to that goal and be in the Big 12 Championship and actually be the best defense in the nation.’ I feel like the guys are clicking more together over the fact that we have the same common goal. I think all the guys want to be great. We just want to be great now. It’s just time to be great.”