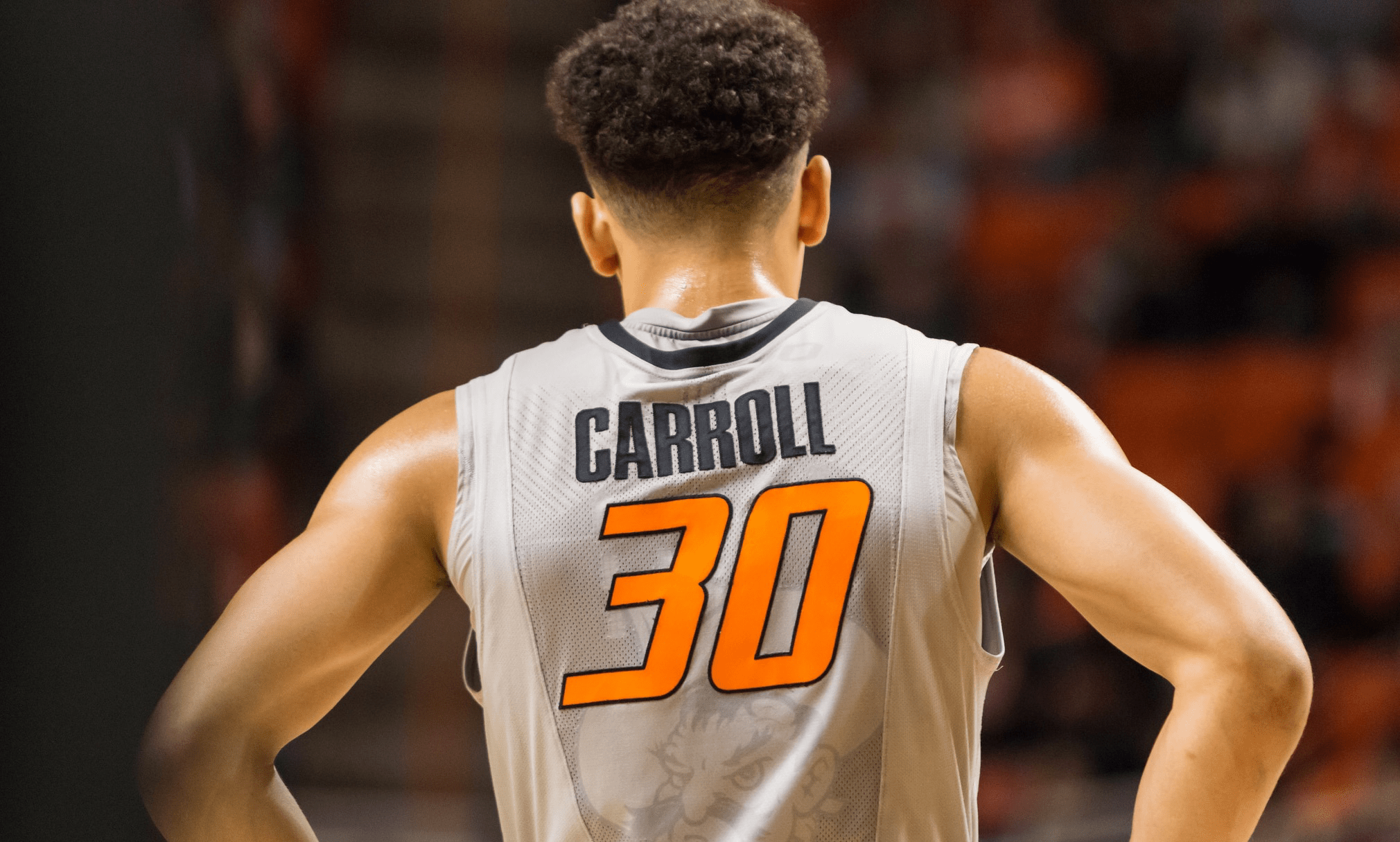 Newly hired Brad Underwood came into Oklahoma State last year with a clean slate, not only for himself, but also for his players.

He didn’t want to prejudge anybody based on what they had done or what he might have though former coach Travis Ford had instructed them to do. That wouldn’t have been fair.

His presumed sixth man had loads of potential. Underwood saw it. Jeffrey Carroll could run, shoot, jump and pass, but he averaged only 2.9 field goals per game on almost 25 minutes.

Carroll was a 3-star small forward who averaged more than 22 points per game in Class 5A Texas high school basketball. No slouch. He never was.

Under Ford, Carroll was responsible for the show-stopping dunks and the occasion 3-pointer when necessary, but nothing spectacular.

For Underwood, he is responsible for about 20 percent of the Cowboys’ offensive production. That’s including Jawun Evans, the potential Big 12 Player of the Year.

In a season that was supposed to be about the excellency of Evans and the comeback of senior Phil Forte, Carroll has been an unexpected post-Christmas present. “I looked at his body and his athleticism and watched him in workouts, and I knew he could be as good a player as there is in this league,” Underwood said.

A high-stakes claim, no doubt, for a player who perhaps had underperformed to that point.

It has to do with the competition, Underwood thought. In arguably the best basketball conference in the nation, Carroll has always guarded a superior player. Against Iowa State, he helped on Abdel Nader and Georges Niang. But Underwood saw opportunity for Carroll. “Many of the premier wing players in the conference have left,” he told Carroll. “So why not you, Jeff?”

Carroll’s job was never easy with Ford. He had to duel with Joe Burton, Tavarius Shine, Leyton Hammonds when they went big and Jeff Newberry when they went small. And coming into this season, it didn’t seem easy to get minutes.

Shine was talking as if he had assumed leadership duties. Cameron McGriff seemed to be a legitimate athlete. Lindy Waters was thought to shoot it better than Carroll. Dillard dunked on everything that moved. And if Underwood wanted size, Hammonds could still play small forward, and coach knew it.

“That takes work,” Underwood said. “That takes commitment. It’s about creating habits that are good habits on and off the court.”

Although the situation wasn’t ideal for Carroll heading into his junior season, Underwood said it was mental more than anything to want to be one of the best players in the Big 12.

“It’s about understanding that you can be that,” Underwood said. “He’s gotta think that way.” Since then, he has averaged 17 points, 7 rebounds and 27 minutes. He has shot 55 percent from the floor, 46 percent from deep and 77 percent from the stripe.

“He’s figured out, get to the foul line, I can score; get the offensive rebound, I can score,” Underwood said. “He’s driving the ball more and scoring, and that all sets up his ability to shoot the ball from 3, which he’s as good a shooter as there is out there.

“On a night where he gets six shots, he gets 19 points. On a night against Oklahoma where he didn’t shoot it very well, he still makes the winning defensive play.

“Everybody’s looking at his numbers, and he’s made just as much an improvement on the defensive side as he has on the offensive side.”

Ain’t that the truth.