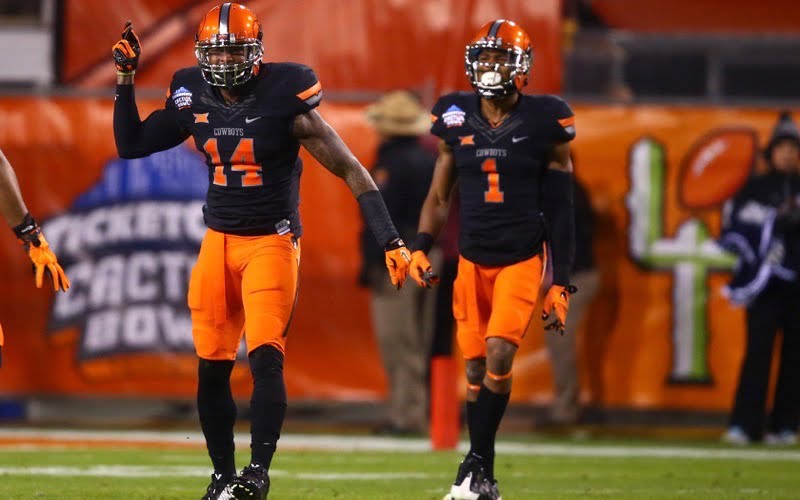 These uniforms from OSU for the Cactus Bowl were awesome. (USATSI)

Kyle: How good were the Chrome-Black-Orange threads from the Cactus Bowl?

Southwell: I just want to thank Washington for showing us what they were wearing in advance because I don’t think this combo would have happened if Washington wears anything besides their chrome gold helmets.

I would have been fine seeing all black in the bowl game again, but this was a treat.

I originally wanted to see this against Texas or for a Halloween game, but we can’t wait around forever. Surely the uniforms will change again before then.

I’ve always liked B-B-O because the pants match the numbers on the jersey and it just looks clean. It was cool to see that style with some added flash up top.

I don’t want to be too hyperbolic, or a prisoner of the moment, but these may be my new No. 1 combo. Is there a single flaw with these babies?

The helmets are cutting edge, the orange pants continue to be the best article OSU has and the black jersey continues to be the meanest. I loved everything about them.

We had waited a while to see this combo and it delivered.

What a season this was. I think they did everything they possibly could this year with the unis, sans throwbacks.

Maybe those will come next year, but the game vs. Washington was the perfect ending to the best uniform season yet.

Kyle: I couldn’t agree more with you guys. I’m not a big chromed-out guy (if you couldn’t tell by my boat shoes and Masters pullovers) but it really was a tremendous combo.

I’d even go a step further than Justin — I think this was one of the elite uni bowl matchups of the season. What was better? FSU-Oregon…is that it? Notre Dame-LSU? TCU-Ole Miss? 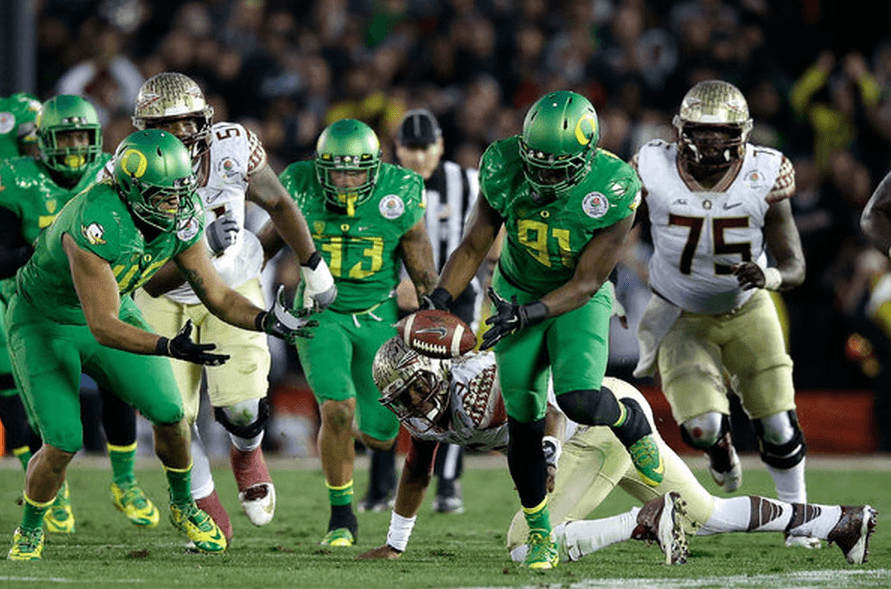 OSU emptied the tank in the uni category this season like Carson said — I do wonder when they hand this design in for something different. Not that I want them to. That goes badly sometimes, but you know it’s going to happen at some point.

I have a host of other questions but for now let’s stick with this one: love or hate these throwbacks friend of the blog Chris Knox designed? 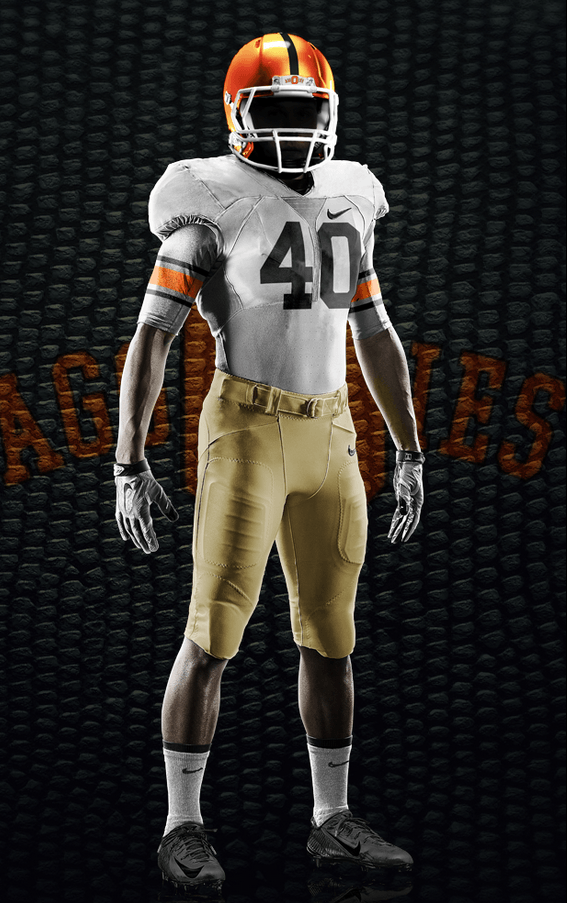 Carson: Confession: I think I’m a fan of purple uniforms. K-State’s are classics and kids of the 90s, like myself, grew up loving Washington’s uniforms. They are time-honored.

I had kind of forgotten about them after the Napolean Kaufman days so it was refreshing to see them again. 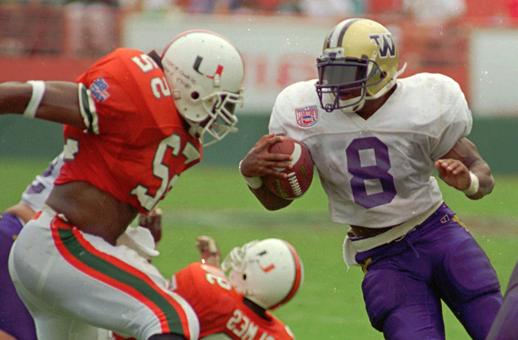 OSU-UW was definitely was one of the better bowl match ups. But you’re right: Oregon-FSU was the uni title game.

The uni prowess of both teams is well-documented, but I love it when teams go with the high-socks. I’m a sucker for that. The game felt massive and they were dressed apropos. 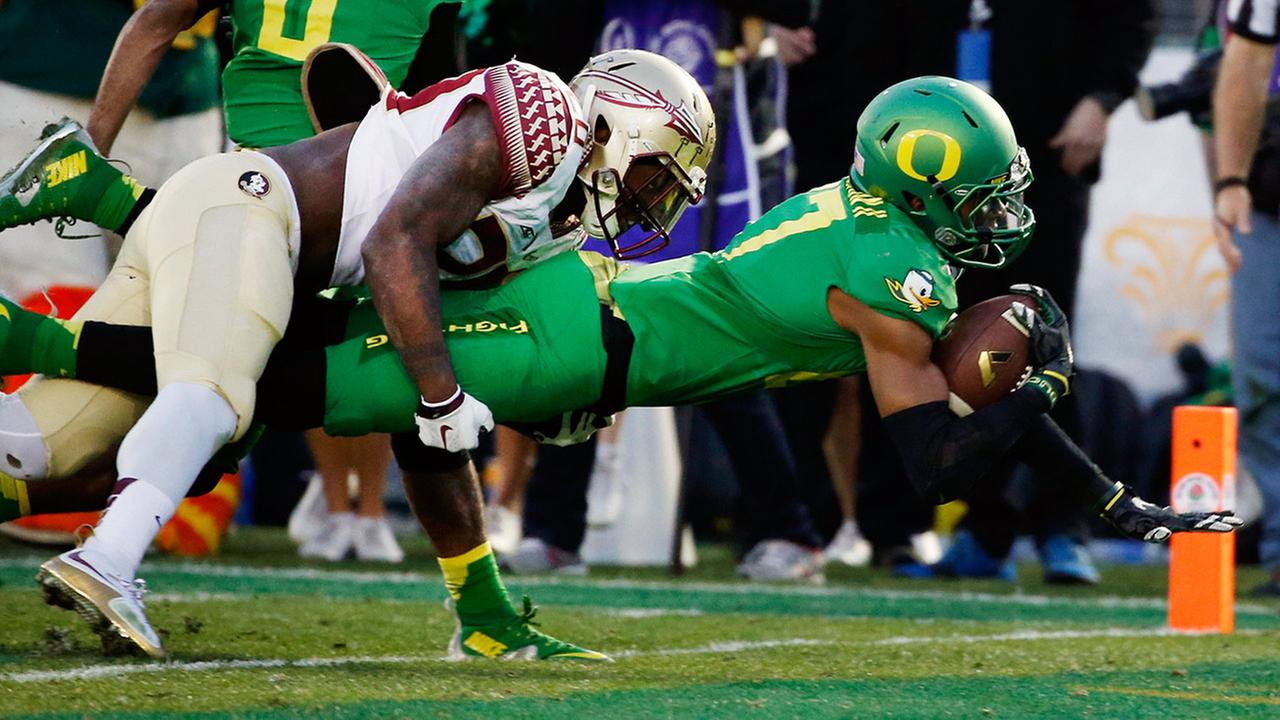 I nominated MSU for the worst uniforms in the country and they have met their match. The trim/design on the pants was downright offensive. This was game will live in infamy for quite some time. 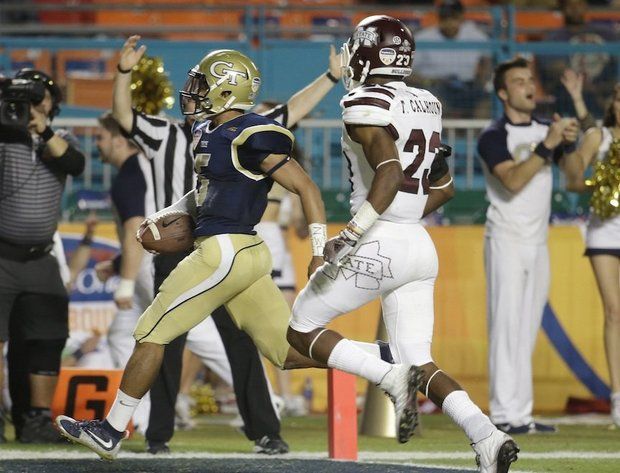 I’m not a fan of those throwbacks. Are those gold pants? They look more like Cleveland Browns throwbacks.

I appreciate Chris Knox’s Picassos, but that may be throwing it back too far. Before football was even football?

Give me an early 80s, Black-Orange-White combo. Something of that ilk. 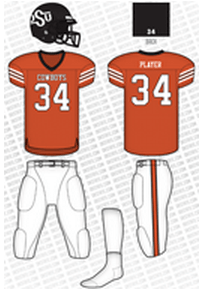 Southwell: I think the best uni matchup of the bowl season has to be OSU vs Washington. Ucla vs Kansas State, TCU vs Ole Miss, and Oregon vs Florida State were all good but nothing great.

It’s not that I wouldn’t ever want to see these, but if we are going to do a throwback it has to be for the ’88 season first. Maybe we could schedule Texas A&M for a non-conference game and we can have an Aggies vs Aggies Throwback Thursday Night game. 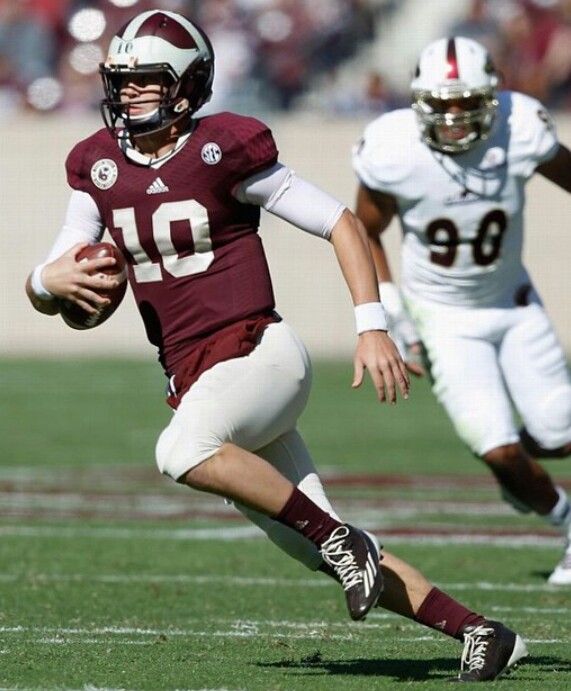 Kyle: I’m sure Gundy would be super into scheduling A&M for uni purposes.

I forgot about Mississippi State-Georgia Tech, Carson. I remember texting you some poop emojis during that game or something though. My gosh. The FCC should have hijacked that game and put it on pay-per-view.

Two more questions I have:

1. Oregon’s title game unis? How do we feel?

2. The U officially signed with Adidas today for over a decade. What is life?

Carson: Oregon could wear tie-dye and I would probably like them. I do think they shocked everyone by not wearing Green or Yellow. Could you imagine the fan reaction if OSU didn’t wear orange???

We have to mourn the passing of The U. 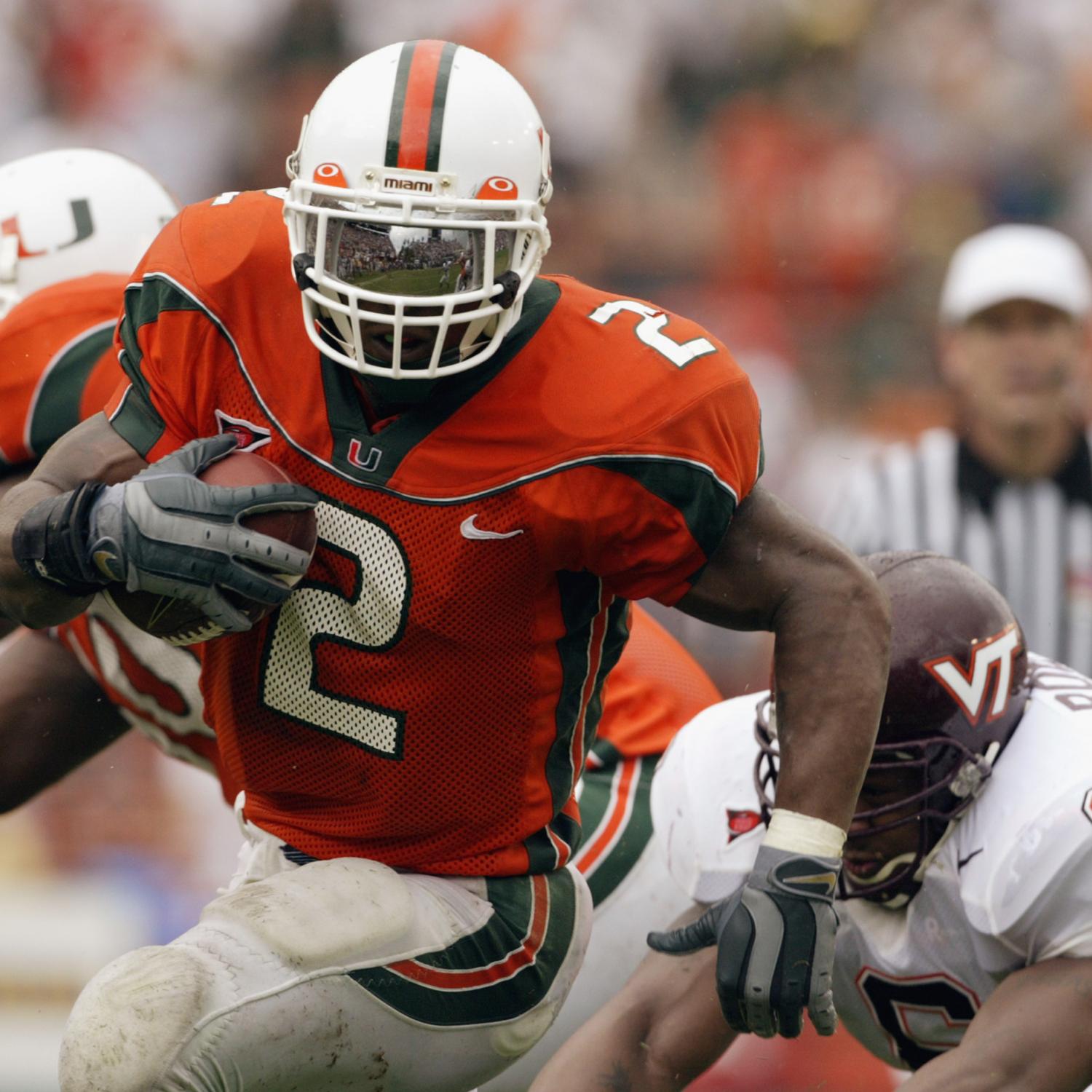 Watching “The U: Part 2” 30 for 30 it was clear that program was never coming back to dominance. Now their Uni Swag is gone after teaming with Adidas. RIP.

Southwell: Dull. Boring. I’m not saying I hate what Oregon is wearing, but this doesn’t make sense to wear in the national championship.

Midseason? Sure. That would look amazing any other time. But they aren’t wearing any school colors for potentially their first national championship victory. That doesn’t make sense to me.

I thought you wanted people to show up to your games. 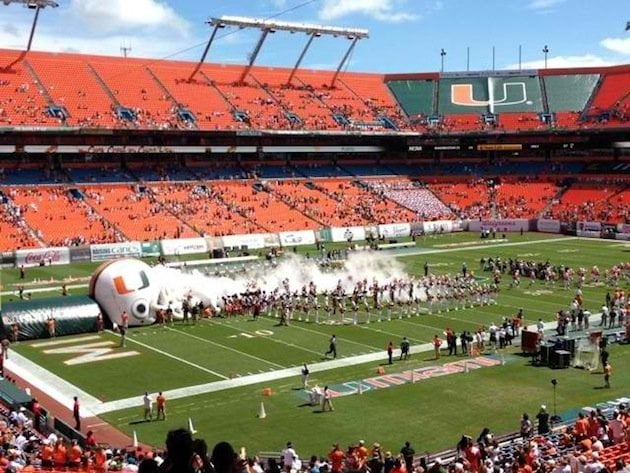 Kyle: The U really is embarrassing itself. What’s next? USC to Under Armour? Florida State to Russell? Michigan to Adid…..

I, like Carson, have no compass when it comes to the Ducks.

Any parting uni thoughts before we move into the dark period of the year known as “not football season”?

Carson: We were pretty tough on OSU to begin the season (looking at you, White-Orange-White) but they really delivered the goods this year. The chrome helmet and the throwback socks stand are great examples.

OSU isn’t Oregon (they are peerless) but this year solidified their status among the Uni Elite.

Southwell: I think we might have been too tough. It’s kind of rare to see W-O-W these days. The more I look at it, the more I like it/miss it. It’s actually one of the cleanest combos we have, but because we used to wear it all the time we don’t like to see it with our most recent threads.

The helmet could use some of these: 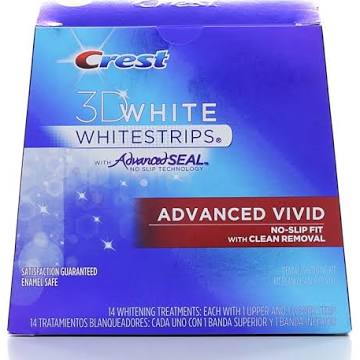 Speaking of helmets, we are still waiting to be entertained.

The offseason is tough, but at least OSU came out of this season with a Bedlam win and a bowl win – and we are relevant in other sports. It’s a great time to be a Cowboy.

Porter: It certainly is.