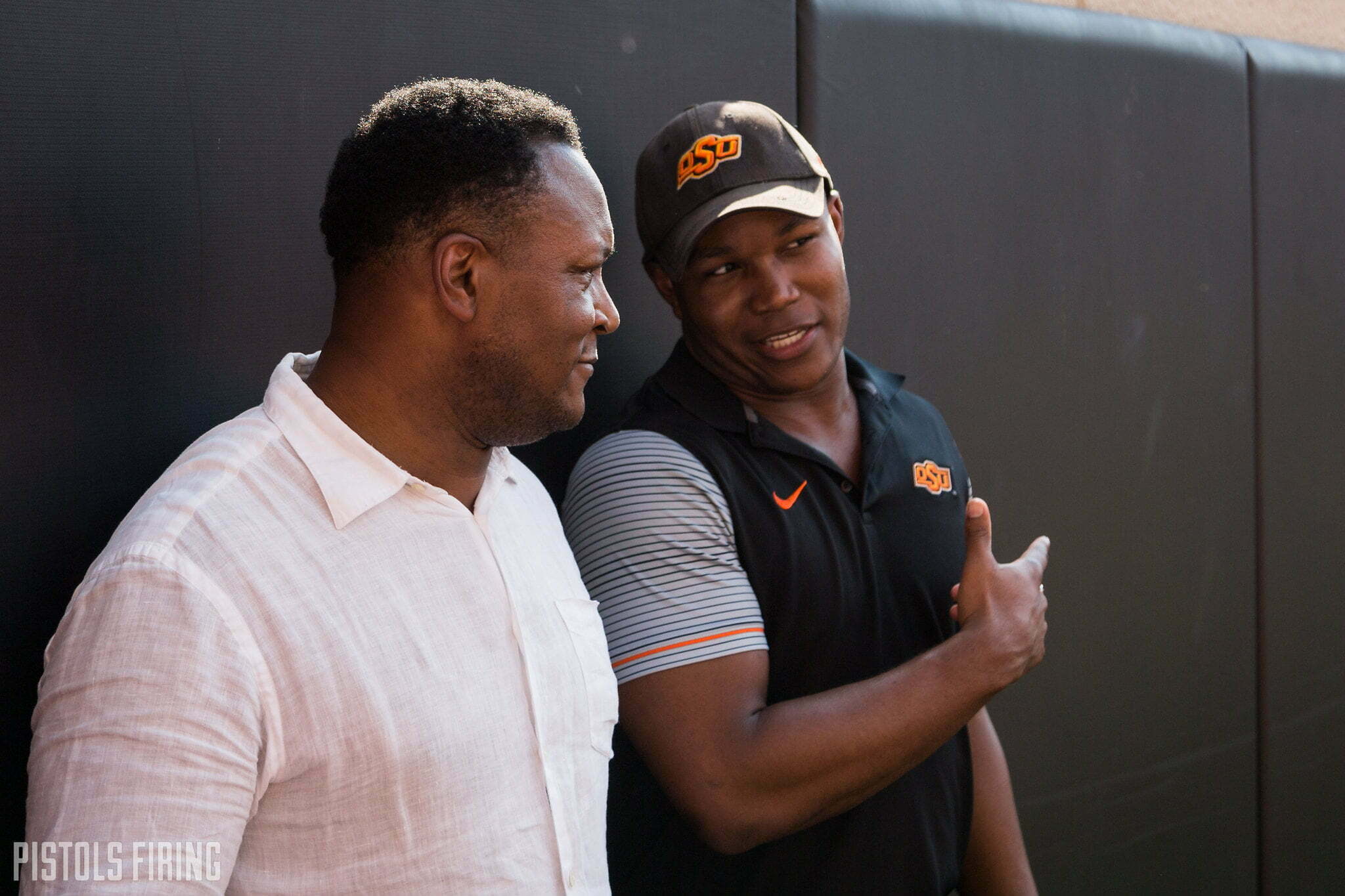 Barry Sanders was voted best college football player ever earlier this week in USA Today because apparently it was in question.

Voting was held over the last few months, and Sanders took down a world-class list of CFBers, including Bo, Herschel and Tony D.

Here’s a note from the polling.

Former Oklahoma State running back Sanders received 85% of the vote to knock off Pittsburgh great Tony Dorsett in the head-to-head championship meeting.

Sanders never had less than 72% of the vote in any of his weekly matchups. He took down Mike Singletary, Dave Rimington, Keith Jackson, Bo Jackson, Herschel Walker and Charles Woodson to reach the final. [USA Today]

Ah, Charles Woodson, provider of the most seminal moment of my non-OSU CFB childhood fandom. Barry took him down, too.

Of course, Mike Gundy had a little fun with the poll after his backfield mate took home first prize in a landslide.

As a reminder of Barry’s goat-ness, here is a graph of him vs. Chuba. The latter is on pace for the fifth-best season by a running back in college football history, and the graph isn’t really all that close. That contextualization should demonstrated just how filthy No. 21 really was in his time in Stillwater. 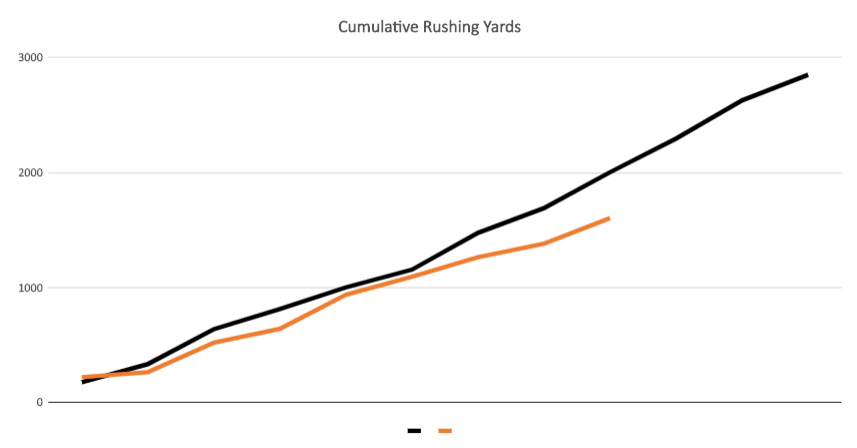