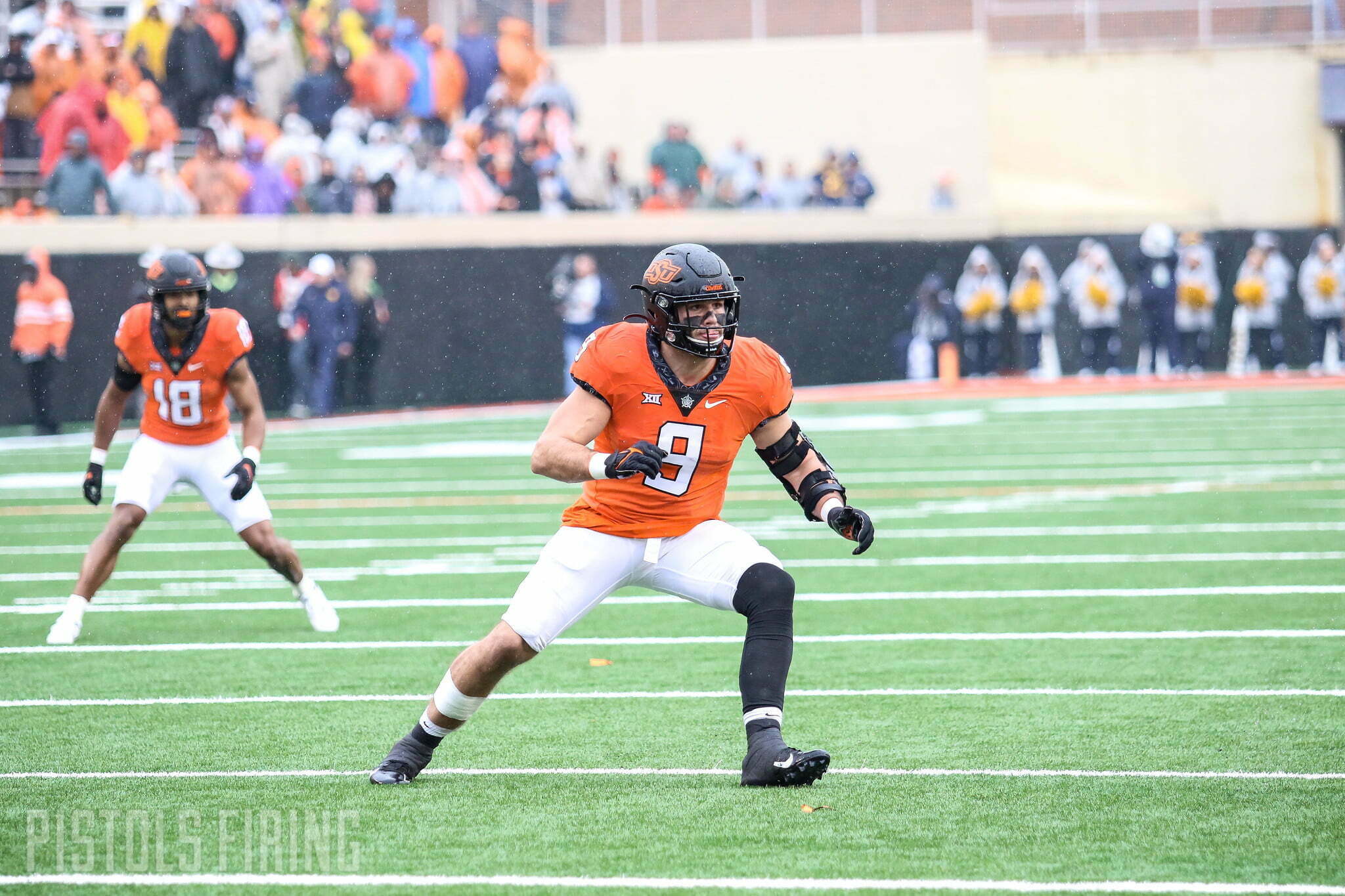 Once upon a time, back in the old days, we only posted when a player announced he would skip bowl season.

Brock Martin on Friday announced that he would not forego the Cowboys’ postseason trip to the desert. With the slew of recent transfer portal additions, including defensive leaders like Mason Cobb and Trace Ford, Mike Gundy will be glad to have Martin in the fold come Dec. 27

Martin took to Twitter to make the announcement in which he specifically thanked his coaches, teammates, family and OSU fans — with a special paragraph just for strength and conditioning coach Rob Glass — before ending with the following:

“With all of that being said, I will be getting to train for the NFL AFTER the bowl game against Wisconsin!”

The bowl matchup against the Badgers will put a close to a long and productive career for Martin at OSU. After a redshirt year in 2017, Martin played in all 13 games as a freshman in 2018 as part of the Cowboys’ defensive end rotation and has been a mainstay, when healthy, ever since. He was a second-time All-Big 12 selection in 2022 after racking up 37 total tackles, 9.5 tackles for loss and 3.5 sacks. He also recorded nine quarterback hurries, a pass breakup and a forced fumble.

His 22 career QB hurries are tied for second with Devin Harper at Oklahoma State and behind only Emmanuel Ogbah (26). Martin currently sits T9th in tackles for loss all-time at OSU and can climb both career lists even further against Wisconsin.

The Cowboys will square off in Phoenix against Wisconsin for the Guaranteed Rate Bowl on Dec. 27 at 9:15 p.m. on ESPN.