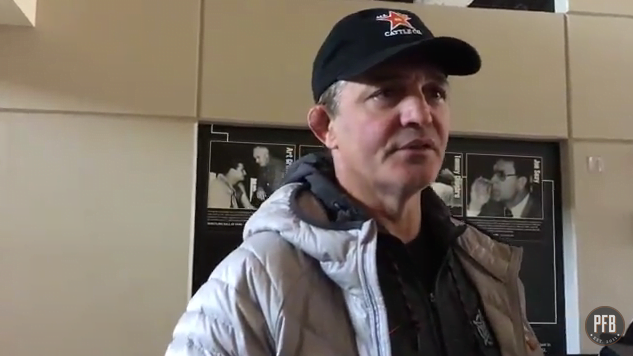 On Tuesday, Oklahoma State wrestling coach John Smith talked to local media for the first time since the Cowboys’ 20-12 loss to Iowa on Sunday.

Smith’s conversation started lightly with a talk about cattle on his farm, but the tone quickly shifted once wrestling became the topic of discussion.

Smith, whose team sits at 6-1, expressed disappointment with his team’s performance.

“It was really a poor effort from our part,” Smith said. “Didn’t seem to do anything right in some ways.”

Smith continued, saying he hasn’t seen his team put together a complete performance this season.

“Maybe I’m looking at my team as a better team than what we are,” Smith said. “I haven’t seen us put together a dual meet yet, where I’m goin’, ‘OK. That’s a good team.’ It just seems like seven of them will wrestle good, and three of them look like I pulled them up from little league.”

The Cowboys haven’t had a dual in Gallagher-Iba Arena since Nov. 19, but they have a pair of opponents coming to town this weekend. OSU will face West Virginia at 7 p.m. Friday and Kent State at 1 p.m. Sunday.

You can watch Smith’s 12-minute discussion in its entirety in the video above.