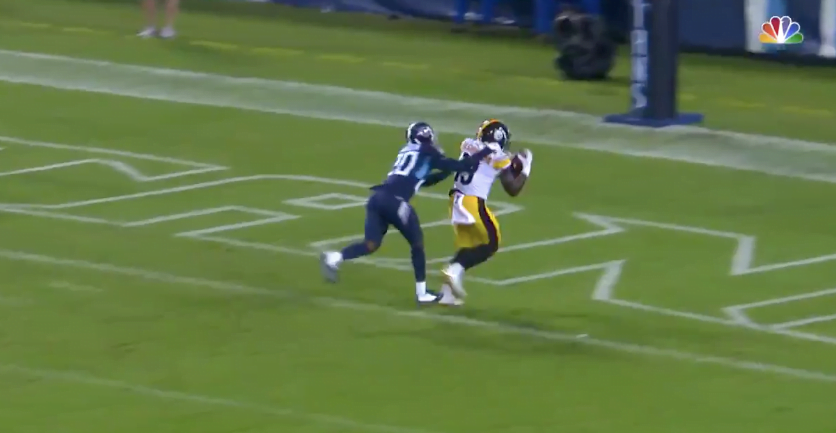 The steady rise of former OSU products Mason Rudolph and James Washington continued on a big stage Sunday night. In the primetime NFL game on Sunday Night Football between the Steelers and Titans, both second-year Steelers had strong outings as they made their case to firmly make the 53-man roster ahead of upcoming cuts.

Rudolph arguably had the better night, as he finished 6-of-9 passing for 75 yards, a score and an interception, all while taking snaps ahead of Joshua Dobbs. He appears to be in the lead to earn QB2 behind Ben Roethlisberger. Washington had a much more quiet night, but his lone reception was a big one OSU fans should have some déjà vu about.

That play looked pretty eerily similar to their first-ever in-game connection in 2014, when OSU faced Baylor and Rudolph’s redshirt was officially yanked, no?

Sunday night’s connection went for 41 yards as opposed to that 69-yard bomb at Baylor, but it’s impressive that the two still have that connection in the pros — and in the rain, no less.