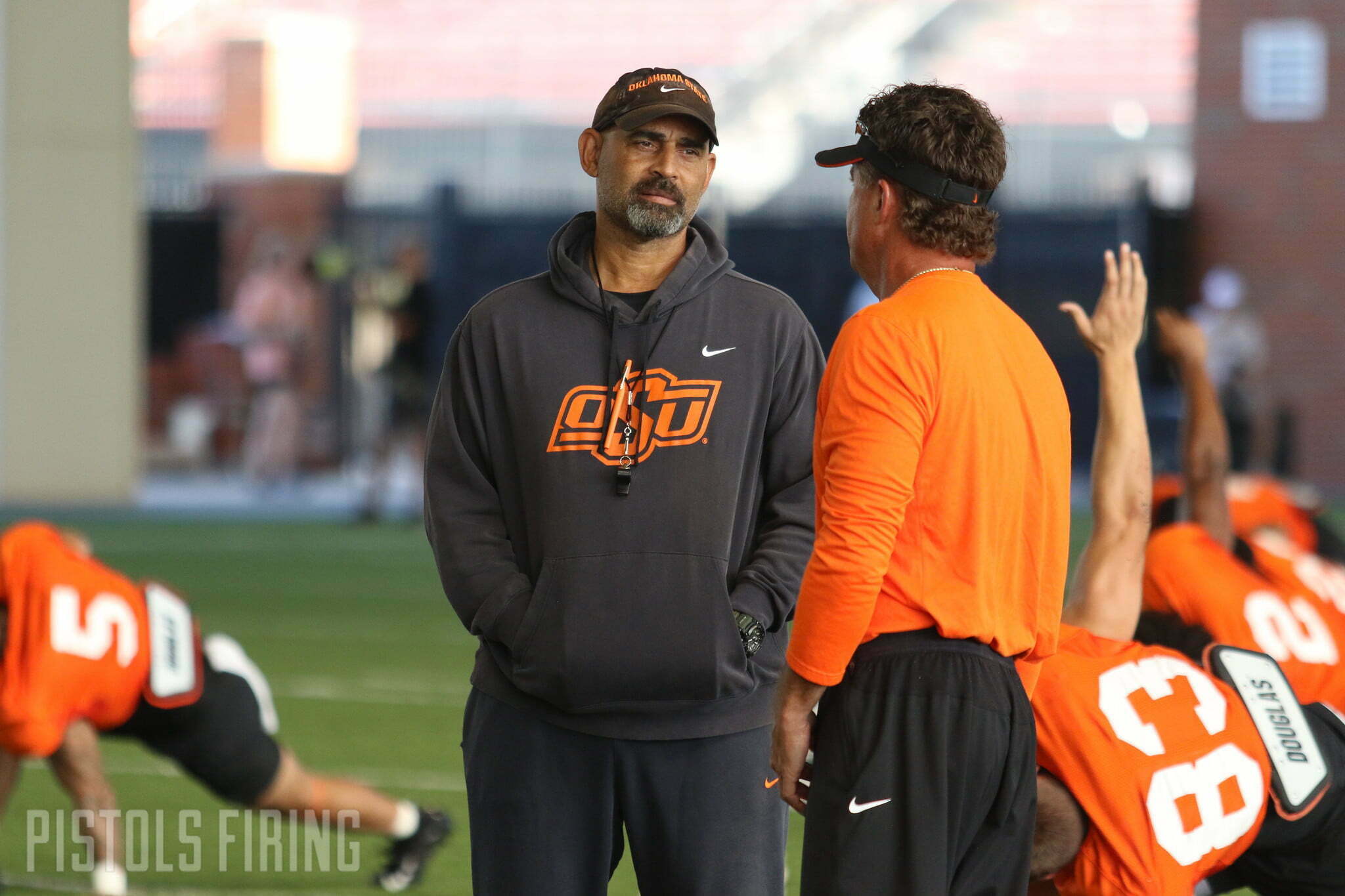 STILLWATER — Oklahoma State is less than a week away from it’s season-opening game against Central Michigan. The Cowboys and the Chippewas will face off at 6 p.m. Thursday in Boone Pickens Stadium. Oklahoma State coordinators Kasey Dunn and Derek Mason met with reporters a week out from that contest, as did players Spencer Sanders, Jason Taylor and Trace Ford.