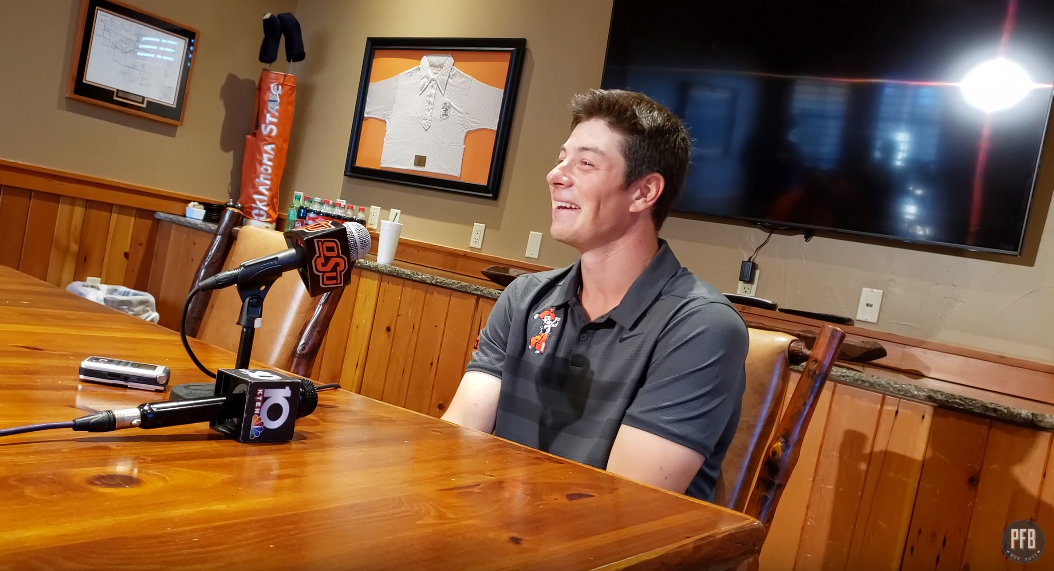 STILLWATER — Viktor Hovland is less than a month out from his Masters debut.

Hovland, a junior on the Oklahoma State golf team, enters the event after winning the U.S. Amateur back in August. He still has the Aggie Invitational, which he’ll compete at in the first weekend in April, before heading out to Augusta for the Masters, which starts April 11.

Hovland and his coach (and Masters caddie) Alan Bratton met with the media Thursday to talk the upcoming event.