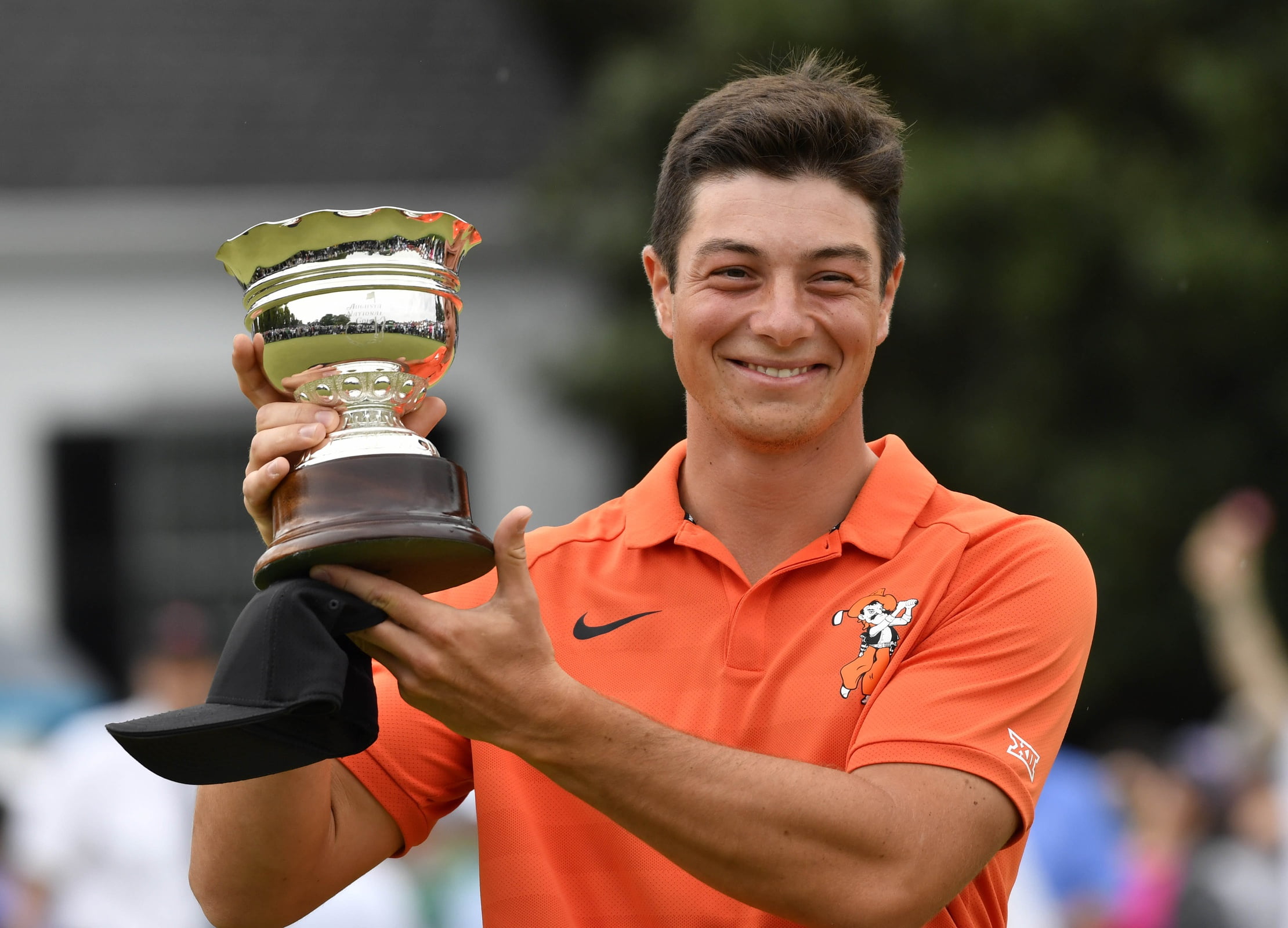 Viktor Hovland will go from sitting in Butler Cabin with Tiger Woods to returning to his academic duties in the span of 24 hours.

Hovland was the low-scoring amateur of the 2019 Masters, holding off Alvaro Ortiz to earn the honor by a stroke. Hovland finished the tournament with a 3-under 285, finishing a stoke under par each of the final three days. Hovland started before Ortiz on Sunday and both started on the back nine. Hovland bogeyed his final hole, leaving an opening for Ortiz to tie with a par, but Ortiz also bogeyed the hole.

“Can’t be much happier than I am right now,” Hovland said in Butler Cabin with Woods sitting to his left. “It was great to have Coach (Alan Bratton) on the bag. He’s seen me play a lot, and he’s caddied out here before. He really did a good job of making me feel comfortable out here. I could’ve been a mess out there, and he really made me relax.”

Hovland finished the tournament tied for 32nd. When asked what he plans to do now, Hovland said his eyes are on becoming a back-to-back national champion.

“Back to school tomorrow,” Hovland said. “Grind it out and try to get the repeat at nationals.”

Rickie Fowler was the highest-placing former Poke. He finished tied for ninth with a 10-under 278, three strokes behind Woods.

Fowler’s low round came Saturday, where he shot a 4-under 68. One of the highlights on the round was this eagle on 13. The 13th hole was good to the OSU contingent, as Hovland hit an eagle there Friday.

At seven under par, @RickieFowler pulls within two of the lead. pic.twitter.com/Vt04QKUQEA

Charles Howell III finished tied with Hovland at 3-under for the tournament. Howell too hit an eagle on the 13th hole, with his coming on Friday.

Charles Howell III reaches four under par for the Tournament with an eagle at No. 13. #themasters pic.twitter.com/0wqJ8RjL76

Kevin Tway finished tied for 36th with his 2-under 286. Tway had a rough go of it Sunday and sat at 4-over for the round through 12 holes. After a pair of pars, Tway made three straight birdies and parred the 18th to finished with his weekend-high 1-over 73.

Alex Noren completed the Cowboy field at the Masters. After making the cut, making Hovland and the former Pokes five for five, Noren finished tied in 62nd with his 8-over 296.

Congratulations to Viktor Hovland, Low Amateur in the 2019 Masters. Here are the highlights of his week. pic.twitter.com/eQmmQlf7oS