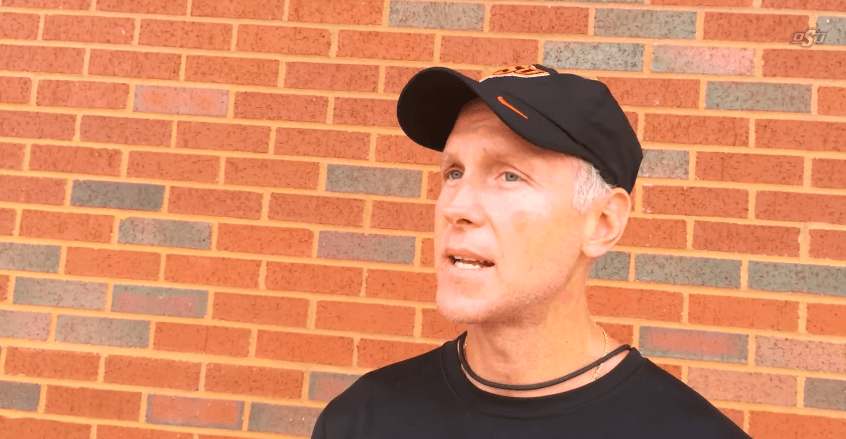 When I first saw the Bob Connelly news at the end of last week I legitimately thought another site had picked up a satire writer and was trying to replicate what Josiah Meints does for us here at PFB.

Nope, I was wrong.

The commander of an offensive line that finished tied for No. 113 (out of 128) in sacks allowed in 2014 appears headed for the same position with Southern Cal, according to Scout.

Oklahoma State offensive line coach Bob Connelly will assume the same position at USC after National Signing Day according to multiple sources within and outside the Trojans program. It’s understood that Connelly has gone through all the vetting steps required for the job, but an official announcement is not expected until after next week’s NLI Day.

No big deal, right? Well, not really. The last thing you want the week of National Signing Day is a position coach bailing for another conference.

Joshua Jones has already de-committed and even though he doesn’t explicitly say Connelly leaving is the reason, it doesn’t take a genius to read between the lines.

It’s a strange move to me — is USC a step up from Oklahoma State right now? I guess so but after Mike Gundy dragged him out of coaching high school in Arizona you’d think a tenure longer than a year would have been forthcoming.