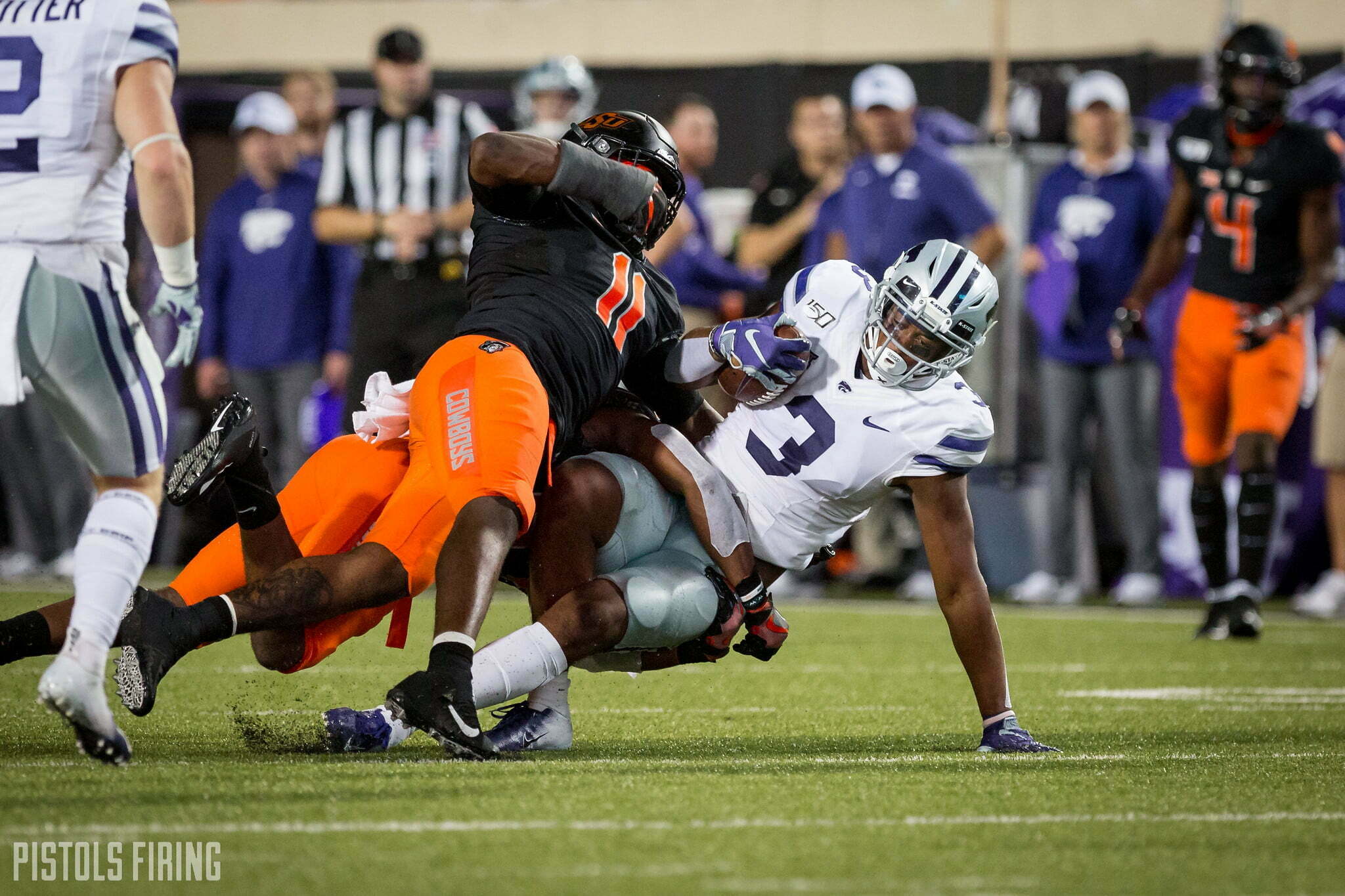 After Amen Ogbongbemiga announced that he tested positive for COVID-19 on Tuesday, Gabe Ikard reported on Wednesday that Ogbongbemiga wasn’t the only confirmed Cowboy. That in fact five different Cowboys have tested positive for the coronavirus. Later, this was corrected by an OSU staffer: Officially, three student-athletes have the coronavirus, and all of them are asymptomatic.

All of this comes just a day after Oklahoma State detailed its step-by-step process for reassembling its football team in preparation for a June 15 start on voluntary summer workouts.

According to one of the rules laid out by the OSU task force on returning during this pandemic, these student-athletes will now presumably enter quarantine for an unspecified amount of time.

If a student-athlete, coach or support staff member tests positive for COVID-19, they will enter the quarantine protocol per medical, local and state health department and university guidelines and will begin to receive the appropriate monitoring and treatment from the team physician, athletic training staff and any other medical consultants.

Players were expected to report in three waves, on Monday, Thursday and the next Monday. Bill Haisten reported that Ogbongbemiga was among those who reported to campus on Monday.

Thus far, Payne County has had ~45 cases of the coronavirus reported with one death. That’s around 58 cases per 100,000 people, which is on the lower end of the spectrum for counties in Oklahoma. However, because it’s unknown who these players are, the virus could have feasibly been brought in from anywhere players were residing before reporting back to Stillwater began this week.

Ogbongbemiga said that he attended a protest in Tulsa (which apparently happened over the weekend), although it’s unclear if he believes that he contracted the virus at the protest (Update: It seems like this is not the case). It’s also unclear whether these three players gave the virus to one another or contracted it independently.