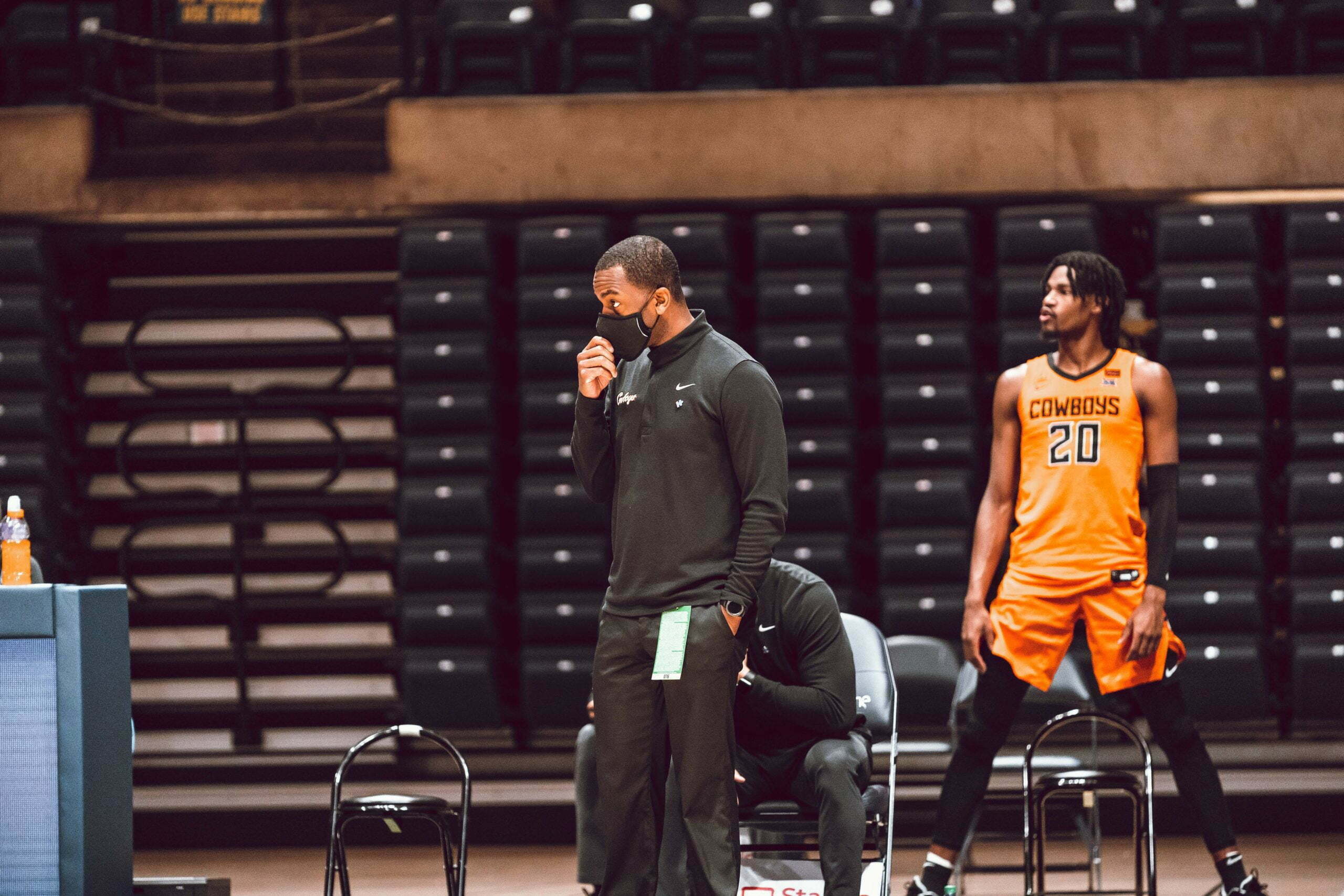 Oklahoma State’s NCAA Tournament run ended in upset late Sunday night. A special season in which the Cowboys weren’t supposed to go dancing, ended after they collected their first March Madness win in over a decade.

The generational talent who most would have put out of the Cowboys’ reach, committed, recommitted and then lived up to his superstar potential and more.

It was a special season and one Mike Boynton plans to be the foundation, not the ceiling, for the program he’s building.

But only one team in the Big Dance gets to end its season with a win and that makes for a lot of disappointed teams who have to look to their coaches for guidance at a tough time. Fortunately, for the Cowboys, they have Mike Boynton.

“Unless you win it all, guys, and only one team’s gonna win the whole thing, this is the hardest part, every year,” said Boynton after the loss.

He said his biggest disappointment had nothing to do with the game that was played on the floor inside Hinkle Fieldhouse. It was the fact that he won’t be able to coach this specific group again.

The biggest difference in this group and the one Boynton will try take back to the Tournament next year, is that phenom that doubled down for Boynton and OSU.

“To you guys that I know are coming back,” Boynton continued. “Remember this feeling. Remember it.

“There’s no question in my mind that we will be better because of this.”

In the post-Cade era, Oklahoma State has a ton of young talent that will only get better.

“… The team will look a little different next year, no question,” said Boynton. “But in my mind, this is the minimum. This is the baseline. I don’t ever want to be done after the first weekend again.”

Avery Anderson looks like he could be the best player on a Big 12 contender. Matthew-Alexander Moncrieffe is a potential star. The Boone Bros. have each grown into their roles and should be leaders for Pokes next year. And there are others who will get their chance to make an impact, but all of them will be better because of Cad and the Cowboys’ dramatic run over the last month.

“I’m thankful I got to coach you.”